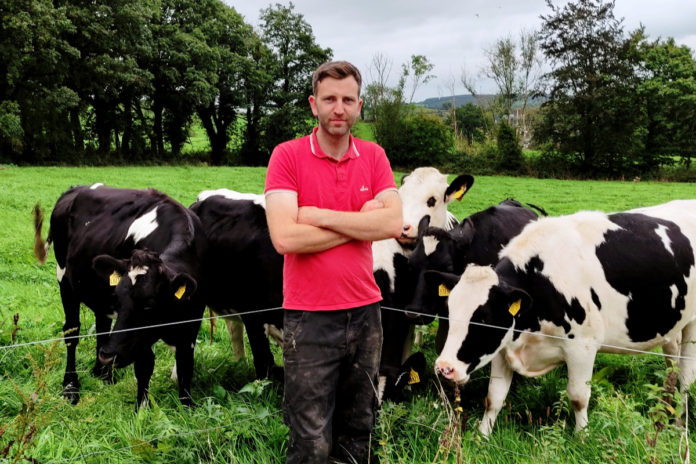 In this week’s dairy segment, That’s Farming, speaks to Fergal Rudden. The certified organic dairy farmer discusses the farm’s conversion period, crossbreeding, moving to robotic milking and how he believes more dairy farmers will and should convert to organics.

Fergal Rudden returned to farming from working in the furniture industry and began milking in 2015 with 25 cows before tripling numbers four years later.

The Stradone, Co Cavan native’s initial plan was to reach 70 cows and then reassess. At that point, he decided to maintain a low stocking rate and convert to organic farming.

As a result, a high percentage of the youngstock coming through are a 3-way cross which, he explained, are very robust and suited to organic production.

His ideal cow would be a 3-way cross around 500kg with good fertility and solids and retains a bit more power than a typical first-cross Jersey.

Fergal, who farms in partnership with his wife, Cara, told That’s Farming:

“I did six weeks of dairy AI this year (Friesian and Jersey bulls), and I have an Angus bull for mopping up. This year, I delayed calving until early March, thinking it would line up better with grass growth.”

“However, I probably ended up missing out on days at grass as a result. I have pulled it back into mid-February for next year.”

The Cavan native retains all dairy heifers as replacements and sells all beef heifers and bulls between 3 and 12-weeks-old. He rears replacements on an out-farm and calves these at 24-months-old. 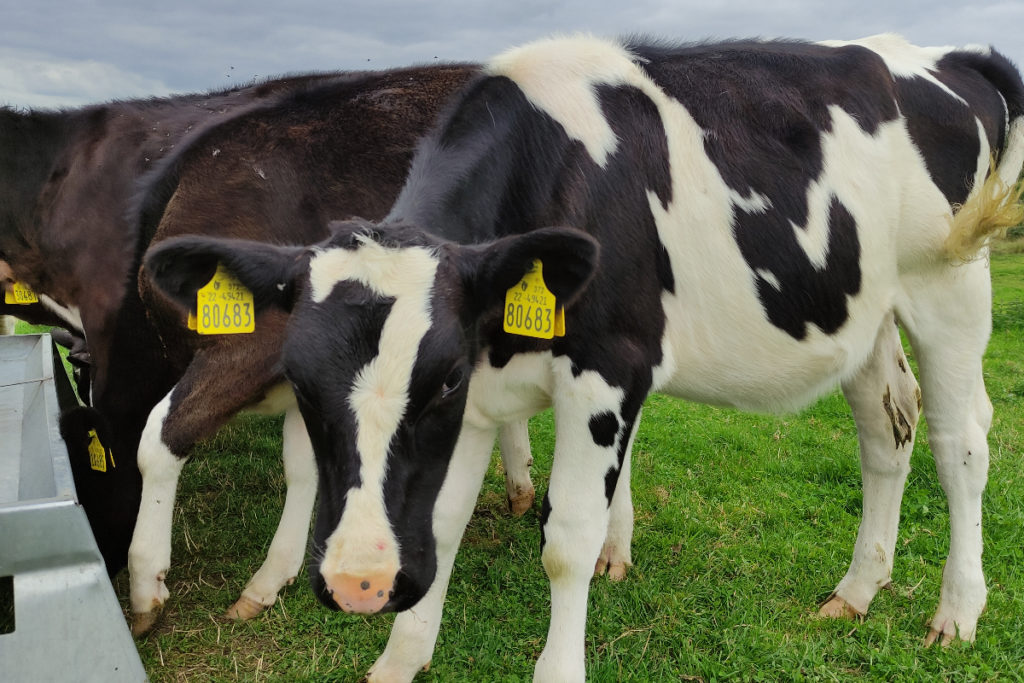 “Before going organic, the herd was supplying 5,500L and 420kgs of solids to the co-op. Last year that dropped to 4,500L and 330kg. I would put that drop down to grass quality as the land was in conversion for the two years.”

Ruddy, who won an AHI Cellcheck Milking for Quality award for being in the top 500 for SCC in 2017, continued: “I would be happy getting back to where the herd was at before conversion, but it is not the primary focus.”

“Generally, I feed around 750kg of concentrates per cow, but I try to reduce this every year. The 6-week calving rate for the herd is 85%, and the average calving interval for the last three years stands at 365 days.”

“I house cows and in-calf heifers in a slatted shed with a total of 82 cubicles. Also, I have a dry-bedded shed for calves and youngstock.”

“Besides, I have a whole farm stocking rate of 1.4Lu/ha, and I am stocked at 2.2Lu/ha on the milking platform,” the organic dairy farmer added.

The benefits of Fergal’s investment in a Lely Astronaut A5 go beyond its “many useful features”, including heat detection, rumination monitoring, and SCC testing, as it has also helped grassland management.

“Mastitis detection and the SCC measure at each milking are a great feature for me as an organic farmer. I can get an early warning of a potential mastitis infection and treat it with uddermint or a herbal treatment without having to use antibiotics,” added the Stradone Dairy Discussion Group member.

The installation of a robot milking system resulted in creating a paddock system to facilitate the ABC grazing system.

As he is allocating fresh grass every eight hours, he has found that he can protect the regrowth from back-grazing. “The stored energy it takes for that shoot of regrowth is not wasted. Also, the plant can keep growing without missing a beat,” he stated.

Fergal aims to measure grass once a week throughout the grazing season and will take out surpluses when necessary to maintain grass quality. 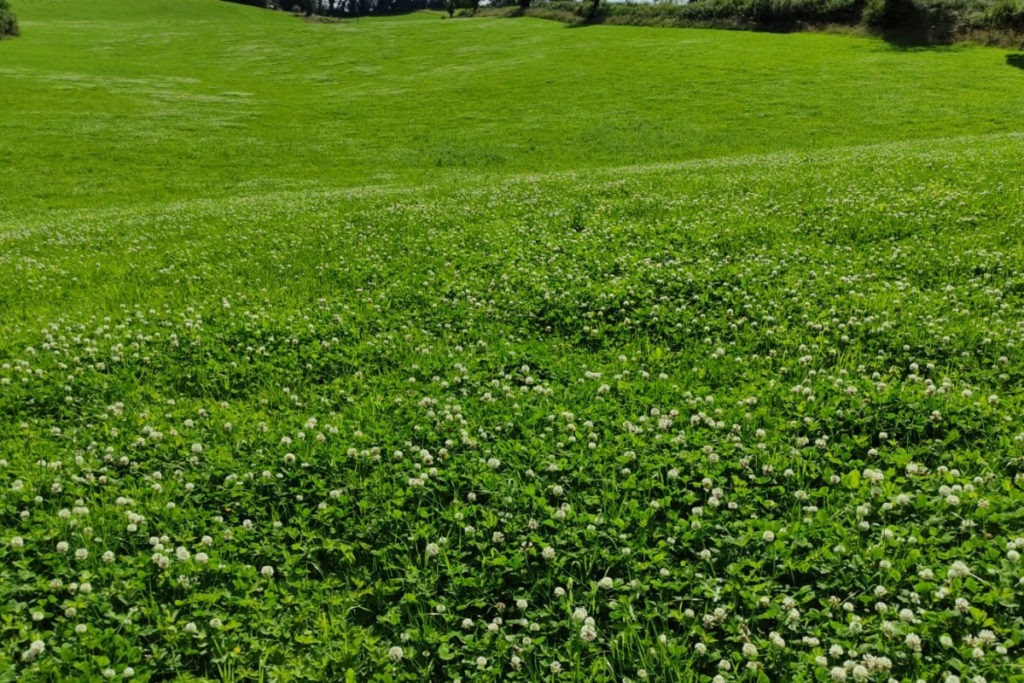 The farm has been certified organic by IOA (Irish Organic Association) since January of this year.

Fergal explained the critical differences between conventional and organic dairying are synthetic fertilisers, and all pesticides are not allowed. Antibiotics are allowed but with longer withdrawal periods and limited to two courses per lactation.

Also, you must agree on a health plan covering minerals, vaccinations, and parasite management with your vet. All animals must have a dry bed, whether that is bedded cubicles or straw bedded sheds.

“Farmers must keep records, but there is not much over and above what we would be doing for Bord Bia certification,” he explained.

“You aim for as long a grazing season as you can. Also, you try to make the best quality silage and minimise concentrates as organic dairy nuts are currently at €560/t.”

“I think I have always had a leaning towards organic farming. To me, it just makes sense to farm within the natural carrying capacity of the land. It is the only sustainable system of farming. The NPK system is only sustainable for as long as finite resources last.” 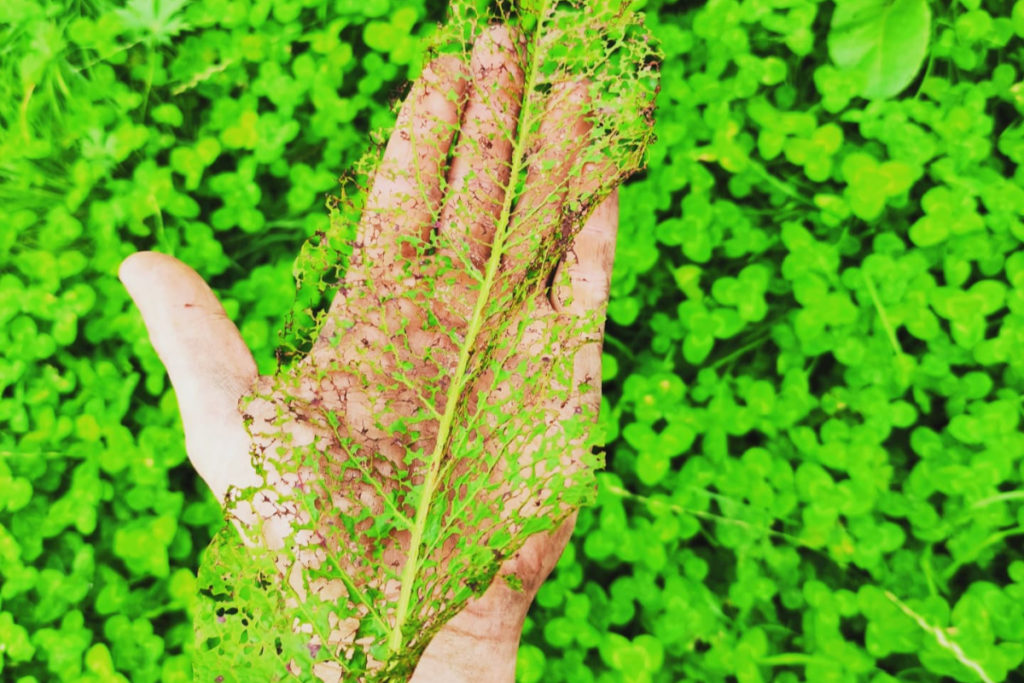 The Organic Farming Scheme participant supplies the Little Milk Company and, at current performance, revealed he will receive a price around 44c/L.

“Premiums for winter milk of up to 60c/L are available. Most organic dairy farmers would hope for a yearly average milk price of 50c/L.”

“The way I look at it, there is a better return for your efforts from organic farming than conventional. Despite having a lower output last year, I was as profitable overall as in 2018 when output was highest pre-organic.” 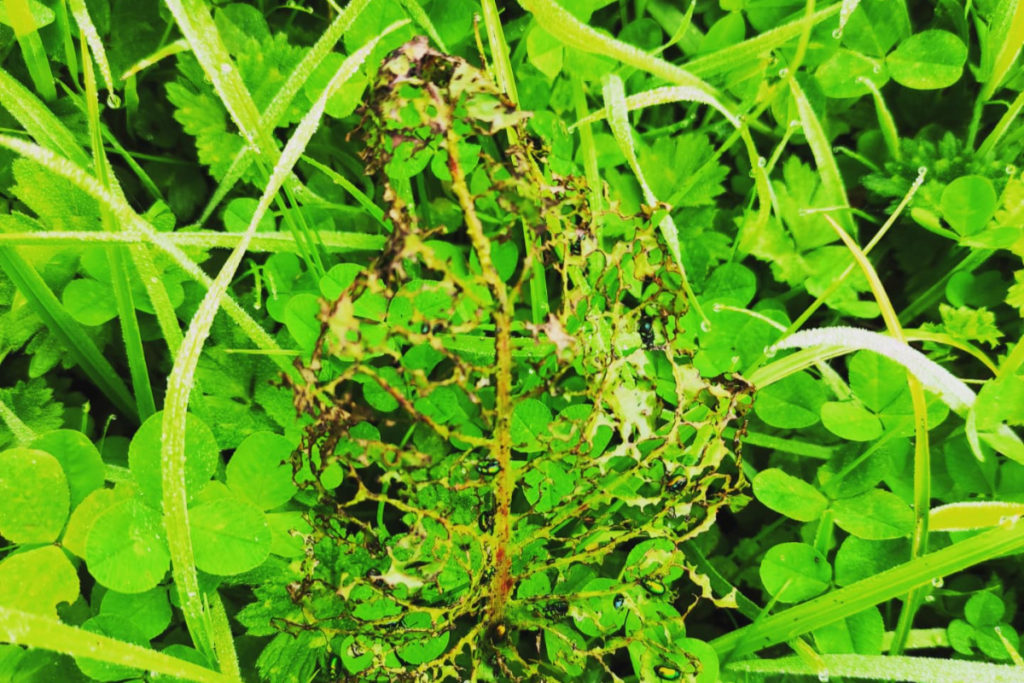 His plans for the short term are to keep improving grassland management and infrastructure.

Longer-term, he relishes the idea of introducing small numbers of other species such as pigs and hens, which could complement the existing enterprise and provide an extra income. “I would also like to do a bit more for biodiversity on the farm.”

“I have no plans to increase cow numbers at the minute. 70 cows are enough for me as long as I am making a living and can maintain a good work-life balance.”

“I have a very positive outlook for organic dairy farming into the future. We can provide real solutions to a lot of the world’s problems by fixing carbon in our soils, allowing room for nature and biodiversity while still producing nutrient-dense, healthy food.”

“Given the EU targets for organic agriculture, I think there is a great need for Teagasc to establish an organic research and demonstration farm to show what is possible in this area.”

He believes that direct selling or at least a shorter supply chain could be an option for small farms. Furthermore, he has begun selling small amounts of milk locally and has received “very encouraging” feedback from customers.

“I think more dairy farmers should and will consider the organic route. Farmers are being legislated in that direction whether they like it or not.”

“But if you are of a mindset where you are excited about embracing the likes of clover and multi-species swards, then organic farming is a logical next step.”

The Cavan dairy farmer believes there is a “huge and growing” market for organic food.

He stated that consumers are beginning to realise that spending their money can shape the environment and are choosing to buy organic “more and more”.

“We have the perfect climate to be a world leader in sustainable farming, not just the least worst of the status quo.”

Going into organic farming was “a bit of a leap into the unknown” for the Cavan native because there were not that many locally farming organically and no one milking, so there was no guarantee of success.

“You can read and learn all you want, but you still have to go ahead and do it. I was not sure how the land and animals would react,” he added.

“However, it has been great to see this year how when things are in balance, microbes flourish and are more effective than anything you can buy in a bag or bottle.”

“Whether its dung beetles and earthworms turning dung into crumbly compost within a few weeks or dock beetles turning a field that was once riddled with docks into a picture-perfect advert for grass and clover, it has been amazing to see microbes at work on a grand scale.”

“The docks are not gone, but they do not take over because they do not have excess nutrients to drive them on and now have a natural predator to keep them in check. I believe the land is healthier now than it was, and I fully expect herd health and performance will follow suit.”

He admitted that if he could turn back the clock, he would still make the same decision but phase out fertiliser over a longer period.

Rudden can see in year three how the land is visibly healthier, and grass is growing with much more vigour. However, it did suffer in the first two years, and cow performance dropped as a result.

“The cold turkey approach to stopping artificial N was probably not the best one. Therefore, if I had to repeat the process, I would make a bigger effort establishing clover in year one.”

“Before I converted to organics, there was very much an emphasis on liquid milk and winter milking was obligatory. However, that has changed, and there are now more options for grass focused spring-calving herds,” he concluded.

- Advertisement -
Previous articleCulls to €2,130 and heifers to €1,950 at Dowra
Next articleBiomethane ‘a sustainable solution’ for Irish farmers – GNI