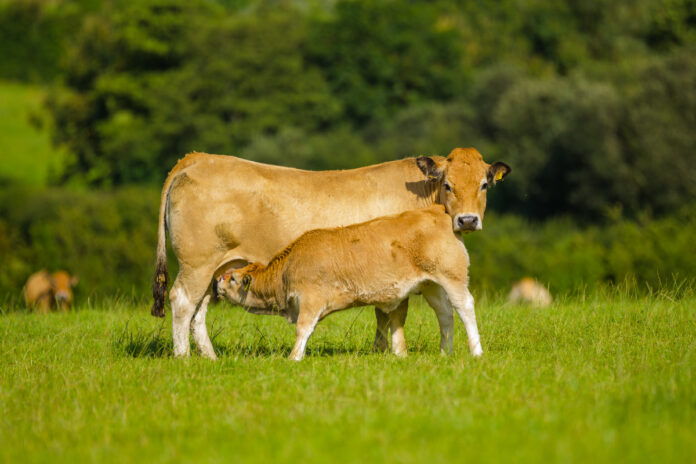 “I will never forget it. We had quite a bad outbreak of viral pneumonia. For some reason, the Aubrac bulls did not get sick. They did not look as big as some of the other continental cross cattle we had at the time.”

“But they killed out way heavier than they looked, and they all graded U2s and U3s.”

Fast forward about fourteen years to the foundations of the Tibbotstown Aubrac herd, based at Ballytibbot, Whitegate, County Cork.

Jim started with just two pedigree Aubrac in-calf heifers which he bought from a pedigree breeder in County Kildare.

About the same time, Jim, with his wife, Carol, and two sons, Robert and Mark, decided to switch to organic farming.

Since then they have built up a herd 35 suckler cows, including  ten pedigree Aubrac cows, from which they finish home-bred Aubrac heifers and some bought-in, organically reared, cattle.

“We sell between 25 and 30 finished cattle each year. We have managed to sell all our male calves as pedigree bulls for breeding.” 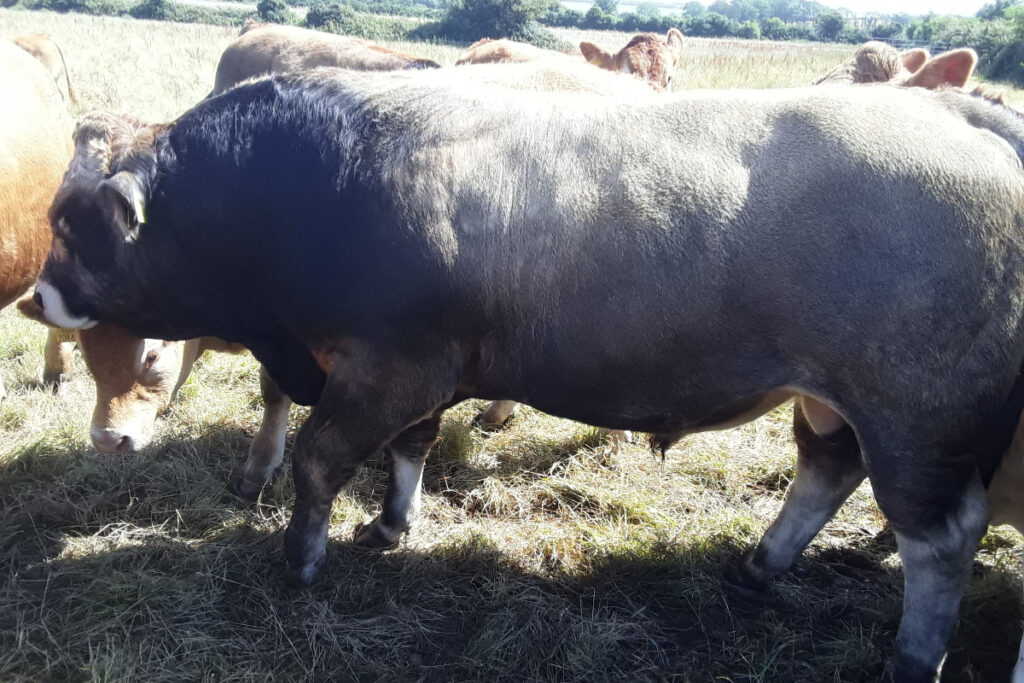 Like most farmers, the Staffords lead busy lives where time is in short supply. Jim also works nearby at the Irving Oil refinery in Whitegate, where he can work 12-hour shifts.

“I could be away from the farm for as much as 13 hours, so I needed cows that were easy to manage and that could rear a calf without too much minding.”

“Our Aubrac cows have needed very little looking after. Calving is particularly stress-free. Aubrac cows are great mothers and calve down producing small calves without any interference.”

“They are easy to manage and are well able to rear a calf on good quality hay with hardly any concentrates.”

The Stafford’s farm is 125-acres in two parcels at Ballytibbot, near Whitegate. The home farm is 95 acres, and they have an out farm of 30 acres just 2 km away. The farm was bought by Jim’s father in 1963.

The land is good but can be a bit heavy in parts. There is a strong tradition of tillage in this part of east Cork.

In the past, the Staffords would have grown sugar beet for Sugar Company in Mallow, and malting barley for Bennetts, which is nearby in Ballinacurra. 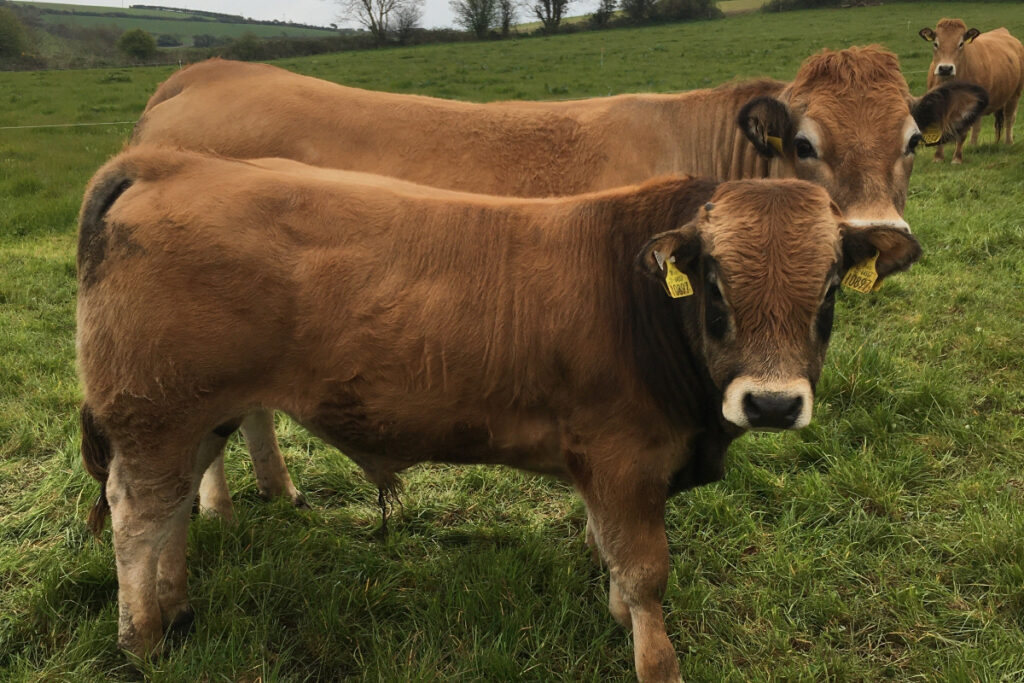 Jim has embraced organic farming and describes red clover as the ‘engine’ of his grassland management.

“Climate change, and the need to cut greenhouse gas emissions, are dominating the debate around the future of farming.”

“Like most farmers, we want to play our part, for the good of the planet. Our grassland management is based around red clover.”

“We use a mix of 4kg of red clover, 4 kg of white clover and 3 kg of triploid and diploid grass varieties (per hectare).”

“Once it gets established, red clover is a ‘super crop’ with the ability to fix massive amounts of nitrogen.

“We usually take four cuts of silage a year and strip graze the red clover sward. We can get three to four years from this mix and then rotate it with oats and barley, or a barley, wheat, pea mix.” 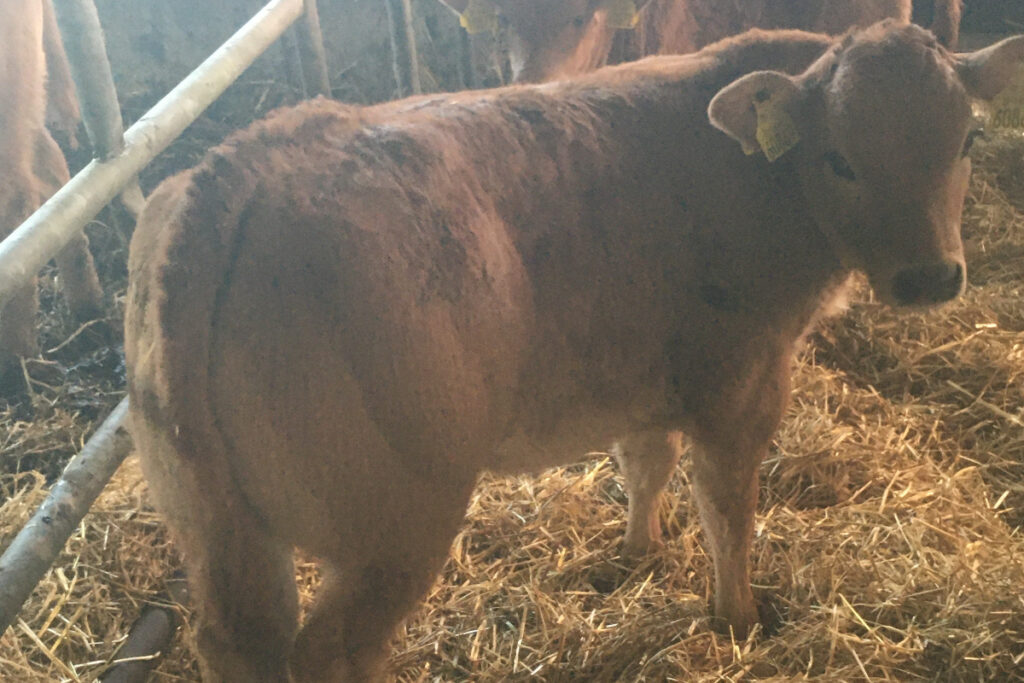 Jim says there is “a lot” of interest in the Aubrac breed among neighbouring dairy farmers in County Cork.

“Dairy farmers have a lot going on. They are looking for a beef breed to cross with their cows that will simplify, and not complicate, their lives.”

“Aubrac bulls produce small calves that are easy-calved and with short gestation periods. Aubrac bulls are a great way for dairy farmers to tighten up calving patterns.”

“Dairy farmers are also very familiar with performance indices and they know how to interpret this data. Aubrac bulls are very high scoring on the Eurostar ratings, with three of the top six dairy-beef bulls.”

“These performance indicators are also becoming even more accurate as more data from Aubrac bulls comes in.” 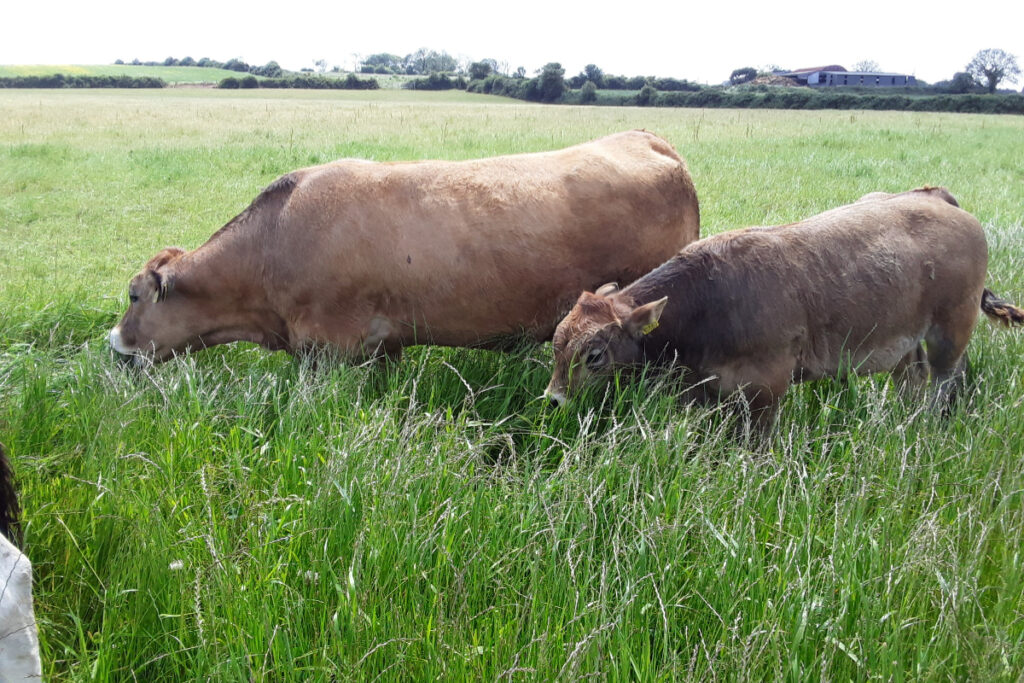 The annual show and premier sale of pre-selected Aubrac pedigree stock kicks off at 1 pm this Saturday, October 29th, 2022, in Tullamore Mart under the hammer of auctioneer, Tom Cox.

On offer will be the top 10 Aubrac bulls available in Ireland. Also catalogued are 59 females, including heifers, in-calf heifers and some cows with calves at foot.

There is no better opportunity to view and purchase pedigree Aubrac breeding stock for established breeders or for dairy farmers looking for a prime Aubrac stock bull.

This is also one of the best opportunities for farmers thinking about venturing into Aubrac as a premier pedigree breed.

- Advertisement -
Previous article
Online bidders active at Roscommon with prices to €2,200
Next article
Mortgage rules: What is changing?