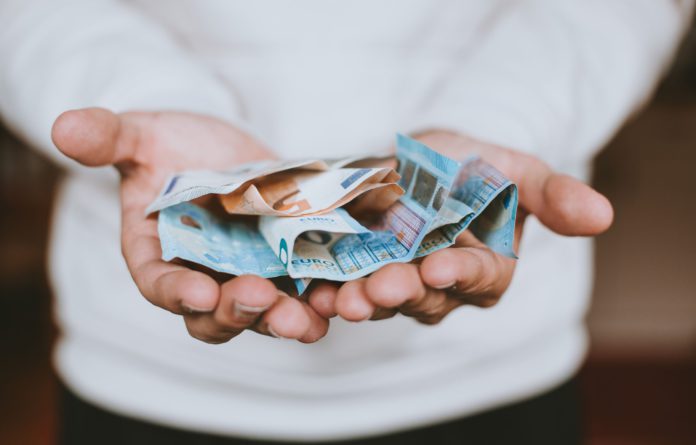 In this article, That’s Farming looks at the growing demand for oilseed rape, the market, limitations and the overall soil benefit of incorporating it in your cropping plan for 2022/2023.

Oilseed rape is harvested for its oil concentration, in addition to being a member of the Bracassia family.

In comparison to 2021, there has been an additional 4,500ha of land planted in oilseed rape. With improved pricing, higher-yielding opportunities, and improved breeding technologies, OSR has become a more attractive crop for Irish farmers to grow.

Oilseed Rape: A crop with value

2006 was the year that saw the initial growth of oilseed rape, following the end of the sugar beet industry. OSR serves as a sufficient break crop for tillage farmers.

90% of oilseed rape grown in Ireland consists of a winter variety. This involves the sowing of the crop during August, with harvest following approximately 11 months later.

The current record-high market for oilseed rape has made this an attractive option for farmers to grow in 2022, particularly if you are eligible for the Tillage Incentive Scheme (TIS) or the Straw Incorporation Measure (SIM).

According to Teagasc, the cost of growing spring oilseed rape is approximately €1,200 per hectare, should you be sowing the crop on your own land. Moreover, selling prices are equating to €700 per green tonne, which is available from the main buyers in the market.

Limitations to the market

At present, the market for oilseed rape within Ireland has some limitations. The utilisation of oilseed rape for the purpose of rapeseed oil production for culinary purposes creates a limited market for selling such produce.

However, Northern Ireland source a quantity of oilseed rape produced in the Republic of Ireland, which is used for the purpose of poultry feeds.

The lack of available infrastructure limits our capacity to use this product in Ireland for our feed sector. Hence, we import the same by-product, in the form of oilseed rape concentrates, back from the UK or elsewhere.

The Department of Agriculture, Food and the Marine’s list of recommended varieties has altered slightly for 2022.

These amendments have shown some varieties, namely Anastasia and Aquila, being removed from the list. In addition to this, two more varieties have been recommended.

The only fully recommended varieties on the winter oilseed rape variety list is now DK Expansion. The recently improved variety is a hybrid, with a high yielding characteristic as well as high oil content. You should note that this variety is ranked highest on the list for both these traits.

DK Expansion, with a yield of 109, and oil content of 102, also has a plant height of 145cm, in addition to a lodging resistance of 8. Moreover, Ambassador and Aurelia are two more provisionally recommended winter varieties of oilseed rape.

“There has been considerable improvement in yield, which came from breeders focusing on components such as seed weight, seed number per pod, and pod number per square meter,” John Dunne of Goldcrop, commented on yields at a recent Goldcrop variety trials open day.

In addition to these improvements, grower confidence has been improved by the particular work conducted on pod shatter genetic resistance.

In 2017, the control yield for the Department of Agriculture, Food and the Marine was 4.5t/hectare.

The oilseed rape recommended variety list published for 2023 has a control yield of 5.4t/hectare, which is supported by improvements across the entirety of oilseed rape consistency and performance.

Hybrid varieties are now prevalent across the market, allowing for increased seed yields, in addition to improved disease resistance.

The introduction of pod-shatter resistance, Turnip Virus Yellow resistance and light leaf spot resistance is now common amongst the list of varieties.

Furthermore, Turnip Yellow Virus resistance provides farmers with the opportunity to prevent yield loss in crops due to the virus, which can be up to 30%.

According to Goldcrop, the improvement of genetic composition in varieties has allowed tillage farmers to boost yields to achieve in the region of 5 tonnes/hectare from their OSR crop annually.

Improved machinery technology, including sowing and cultivation techniques, alongside better plant knowledge, have assisted with the improvement in plant yields in the last five to six years.

In recent years, it is remarkable that the reliability and consistency of the performance of OSR have dramatically improved.

In addition to serving as a breakcrop, OSR allows farmers to control weeds in arable fields. Recognisably, it acts as a breakcrop from take-all fungus, which impacts the health of wheat.

According to Teagasc, the yield of wheat sown after sowing rape can increase by 0.5-1.5t/ha, depending on the incidence of take-all during the growing season.

The sowing and harvesting of oilseed rape provide farmers with the opportunity to improve soil structure. Moreover, the large tap root and adequate root structure of OSR overall contribute to an improvement in soil quality.

Most farmers have now decided whether or not they will sow oilseed rape as a break crop on their farm.

In terms of performance, it is noted by Teagasc that OSR sown in August generally performs better than that drilled in September.

Ideally, if you have decided to sow oilseed rape, this should be completed no later than September 10th.

Consider the characteristics of your seed bed; it should be of high quality, fine and firm. Aim to have approximately 30-50 plants/m2 of OSR. This will require 60-80 seeds/m2 to be sown.

Preparing for weaning: When should you vaccine for pneumonia?