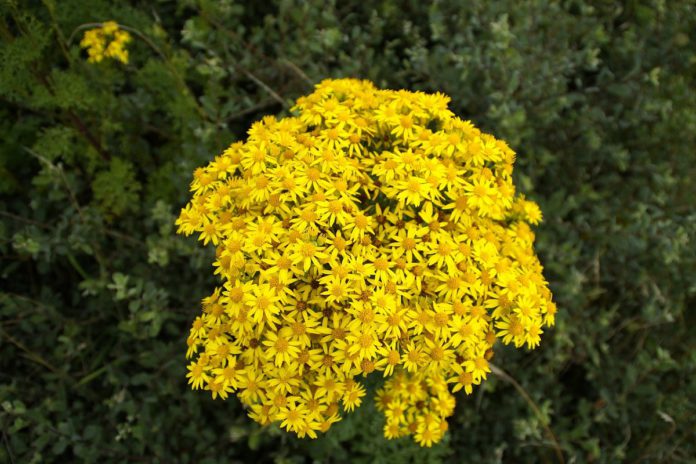 A member of the Green Party has asked Minister McConalogue if he has plans to “review governing limitations” on noxious weeds – including ragwort.

The party’s Joe O’Brien made the request given what he regards as the weed’s “value to Ireland’s biodiversity and broader ecosystem”.

In response, the minister explained: “My department is responsible for overseeing the control and the prevention of the spread of certain weeds under the Noxious Weeds Act, 1936.”

“It is an offence for the owner/occupier of lands not to prevent the growth and spread of noxious weeds. Owners and occupiers of land must ensure that they abide by the provisions in the act,” he said.

He said the act lists the following weeds:

McConalogue said: “There were a number of reasons for the specific designating of noxious weeds under the act.”

“By way of example, ragwort is a highly poisonous plant. It can cause serious damage to the liver of farm animals.”

“The only way to safeguard against loss from ragwort poisoning is to eradicate the weed either by pulling, ploughing, cutting or chemical control.”

“Where noxious weeds are not controlled, seeds can spread to adjoining lands, thereby causing further infestation,” he explained.

The minister said that “there are no plans at present” to review the Noxious Weeds Act, 1936.

However, he said he would keep this under “close consideration”.

According to Fianna Fáil’s Paul Daly, ragwort is not being controlled by Transport Infrastructure Ireland (TII) or the local authorities and seeds are spreading.

He stressed that farmers, even with the “best husbandry in the world”, have lost control in their fields adjacent to roads because it is spreading from the roadside.

“However, based on discussing the issue with farmers and general observation, its prevalence is in fields close to roads and it is very prevalent on roadsides.”

“It is a nice yellow weed to view, but it is a noxious weed. Livestock and horses avoid eating it. If they eat it in a wilted or withered form after it has been cut, it is poisonous.”

“Until it [ragwort]is controlled on the roadsides and the verges, the farmers will be fighting a losing battle,” he added.