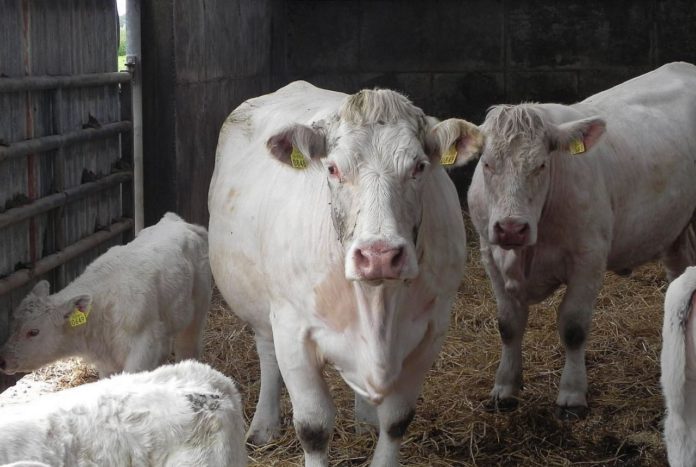 ‘No farmers, no food, no future’

This week saw a panic buying frenzy in most of our main supermarkets as people were worried about the food supply chain after the government shutdown of schools and large gatherings.

I heard some people were worried that if farmers or factory workers got sick that might impact the food supply chain.

Thankfully, one thing we are good at producing in this country is food – we export around €12 billion worth of food every year as we produce far more than is needed to feed our population.

As for farmers getting sick, well the jobs on the farm still have to be done whether the farmer is sick or not and it does happen from time-to-time that a farmer can’t work due to an illness or injury but in nearly all cases, someone else steps into his or her role.

Even if the worst happened and factories or shops closed down, which would be very unlikely, the farmers would still have a product to sell and I think most dairy farmers would have no problem selling a few litres of milk to the public.

The only thing is, apart from milk and vegetables, most of the public would not know what to do with a live animal and most of the small butcher shops have closed.

If anything, this week may have focused minds on quickly food can run out and if we didn’t have so much locally-produced food, then I might be a little concerned.

It is important that people remember also where their food comes from and how many small farmers and food producers have gone over the last number of years, for example.

60% of farmers have gone over the last 100 years and the 40% that are left, are constantly being asked to produce more for less.

It is also important to remember that the average age of farmers is increasing, at the moment. I think it falls around 60 years and farming by itself is not seen as the carrier choice – it once was to a lot of young people.

With more of the population telling farmers that they are harming the planet with their animals and the constant pursuit of cheap-processed food and an ever-decreasing share of the profit going back to the farmer, who could blame young people for wanting to choose a different career path?

I think people would be wise to try to support local food producers and even if they don’t like meat or dairy products, they could still buy local fruit and veg, rather than something which might be heavily processed from the other side of the planet, just because it is convenient or in trend.

If the day ever comes that we have only a handful of large corporations controlling the food supply chain, or we are all eating lab-grown food then the thought of a global pandemic would be truly terrifying.

I think for the moment, though, we can all sleep easily, though but spare a thought for the farmers and the work they do and that old saying: “No farmers, no food, no future”.