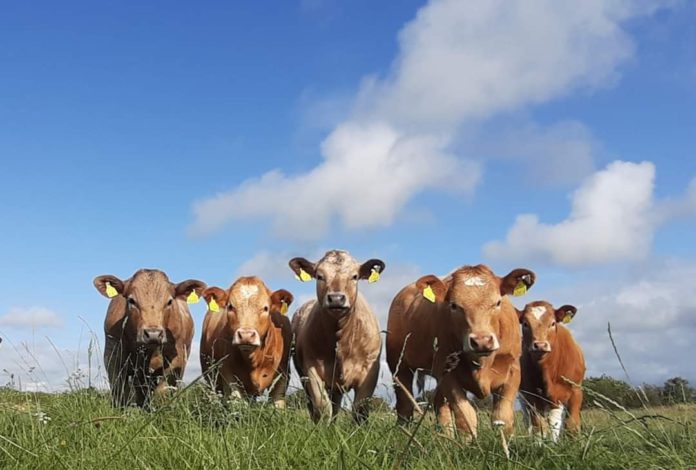 Base quotes from the plants for in-spec U-3 grading steers and heifers came under some pressure across plants in Northern Ireland this week.

Quotes fell to 354-360p/kg with most offering 356-360p/kg for both steers and heifers, according to the Livestock and Meat Commission (LMC).

“Quotes for early next week are expected to range from 350-360p/kg with one plant reducing their quote to 350-352p/kg for both steers and heifers.”

“Quotes for O+3 grading cows ranged from 260-275p/kg across the plants this week with quotes for Monday expected to range from 260-270p/kg.”

This was up on the previous week when local prime cattle throughput totalled 6,192 head.

Imports of cattle from ROI for direct slaughter last week consisted of 451 prime cattle and 200 cows which was similar to the previous week, according to the LMC.

There were no cattle imported from GB last week for direct slaughter in local plants.

The average heifer price in NI last week was 367.7p/kg, back 1.4p/kg from the previous week while the R3 heifer price decreased by a penny to 374.5p/kg.

Meanwhile, in GB last week the deadweight prime cattle trade improved across the majority of grades, the LMC noted.

The R3 steer price improved across all of the regions except Northern England where a decline of 0.4p/kg was reported.

The average heifer price in GB last week increased by 0.7p/kg to 373.6p/kg with the R3 heifer price up by 2p/kg to 380.5p/kg. All reported increases in prices paid for R3 heifers with the Midlands and Wales reporting the strongest increase of just over 3p/kg to 380.1p/kg.

“In ROI last week, the deadweight cattle trade came under pressure in euro terms.”
The R3 steer price was the equivalent of 335p/kg back by just under 2p/kg from the previous week, putting the ROI R3 steer price 42.1p/kg below the corresponding NI price.

The R3 heifer price in ROI last week decreased by just under 3p/kg to 337.4p/kg which places it 37.1p/kg lower than the equivalent NI price.

“Prime cattle throughput in ROI totalled 27,582 head last week, back slightly from the previous week and an increase of 748 head when compared to the same week in 2019.”