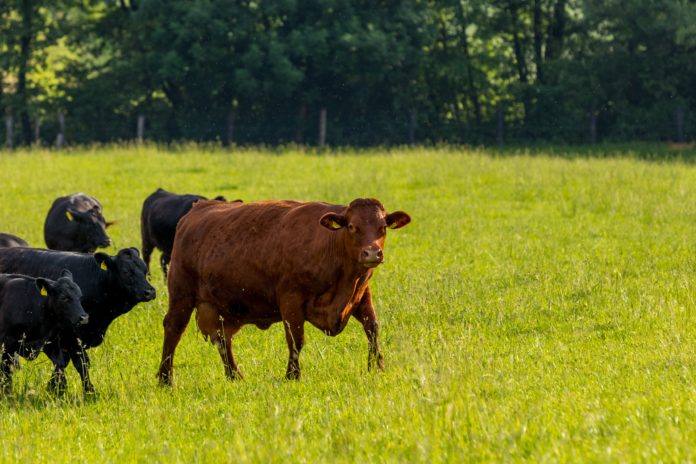 Base quotes from major NI processors for in-spec U-3 grade prime cattle ranged from 324-336p/kg this week, according to the Livestock and Meat Commission (LMC).

“Similar quotes are expected for all types of cattle next week.” the LMC explained.

Prime cattle throughput in NI plants last week totalled 6,841 head, a decrease of 240 head from the previous week and 387 head less than the 7,228 prime cattle processed in the corresponding week in 2019.

Meanwhile cow, throughput in NI plants last week slightly increased to 1,928 head from the previous week – 341 head above the 1,587 cows processed in local plants in the same week last year.

Meanwhile, two steers and 48 cows were imported from GB last week, which was similar to the same week in 2019.

The LMC noted that the average steer price in NI last week was back marginally to 331p/kg, with the R3 steer price back by 0.8p/kg to 338.8p/kg when compared to the previous week.

The cow trade in NI improved last week with the O3 cow price increasing by 3.7p/kg to 258.8p/kg from the previous week, according to the Livestock and Meat Commission.

“In ROI last week, the cattle trade continued to firm and, this combined with a stronger euro against sterling, has resulted in notable increases in deadweight prices sterling terms.”

The R3 heifer price increased by a similar margin to the equivalent of 328.3p/kg, which, the LMC noted, puts it 10.8p/kg behind the corresponding price in NI.

“The O3 cow price in ROI last week recorded an increase of 9p/kg to the equivalent of 262p/kg, 3.2p/kg above the same price in NI.” the LMC concluded.