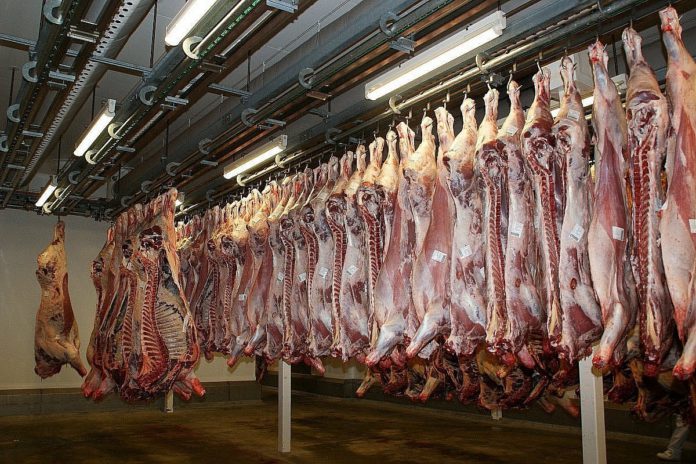 Base quotes from major NI plants for in-spec U-3 grade prime cattle remained steady at 324-334p/kg this week, according to the Livestock and Meat Commission (LMC).

The majority of factories quoted between 330-334p/kg for steers and heifers, while quotes for good quality O+3 grade cows continued to range from 240-250p/kg.

“Similar quotes are expected for all types of cattle early next week.” the LMC outlined.

Prime cattle throughput in NI decreased slightly to 7,081 head last week, bringing the prime cattle year-to-date throughput to 61,683 head; this is marginally back from the 61,956 prime cattle slaughtered in same period in 2019.

The average carcase weight of prime cattle to date in 2020 is 346.2kg, up 4.3kg when compared to the same period last year, the LMC added.

The average cow carcase weight to date this year is 313.3kg, up 5kg when compared to the same period in 2019.

Exports of cattle out of NI for direct slaughter to ROI last week consisted of seven prime cattle and 52 cows with no cattle exported from NI to GB.

The average NI steer price last week was marginally back to 331.4p/kg from the previous week, while the R3 steer price increased slightly to 339.6p/kg, according to the LMC.

In ROI last week, there was an increase in reported prices in euro terms and this, combined with a weaker sterling, has meant prices improved strongly in sterling terms.

- Advertisement -
Previous articleQuiz: How well do you know Ewdenvale Ivor?
Next articleFarmer’s Diary: How I became a sheep farmer after a serious road traffic collision