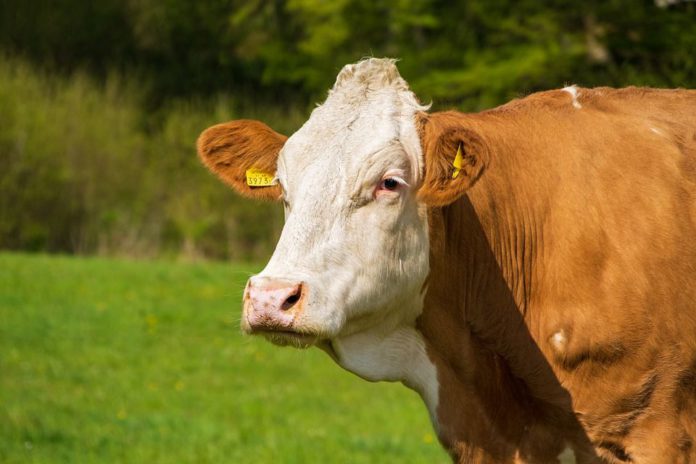 Opinion: 2022 looks set to be another ride for beef and sheep

2022 is shaping up to be a more than interesting one for Northern Ireland’s beef and sheep sectors, writes Livestock and Meat Commission (LMC) chief executive Ian Stevenson.

Obviously, many of the issues that took centre stage in 2021 will remain in play throughout the 12 months ahead and beyond.

The impact of climate change and the need for the red meat industry to generate a sustainable response to this challenge is a case in point.

However, adding to these matters is a host of new priorities that will serve to frame the development of the ruminant sectors throughout Northern Ireland well into the future.

Recently, I took stock of the many issues that will interface with livestock farmers and all other red meat stakeholders over the year ahead.

It was a process that allowed me to come up with my ‘A’ list of priorities.

The recent opening of a public consultation aimed at formulating a post-Brexit series of support proposals for agriculture in NI represents a once-in-a-generation opportunity to put the industry on a truly sustainable footing for the future.

LMC will be participating in the consultation exercise. It is critically important that all those interested in the future of our sector take the time to study and consider the proposals.

It seems that many of the future policy proposals for beef and sheep chime with the ideas and suggestions contained within a way forward policy options paper, Andersons Centre produced last year for the NI red meat industry.

LMC sponsored the work and had the full input of other industry stakeholder bodies, including the Ulster Farmers Union and the Northern Ireland Meat Exporters’ Association.

Brexit has provided agriculture in Northern Ireland with a unique opportunity to look towards shaping its own future.

And it is important that we make decisions over the coming weeks and months to ensure that flexible policy decisions will deliver sustainable livelihoods for Northern Ireland’s beef and lamb producers well into the future.

The findings of the independent strategic review will be an important report for informing industry direction and local policy decisions.

The outworking of the report should have a major influence on all aspects of farming and food in Northern Ireland, including primary production.

It should also deal with several issues that were left unaddressed in the wake of the 2013 Agri-Food Strategy Report.

The need for further investment at both farm and food processing level here in Northern Ireland is obvious.

Fundamental issues relating to the future of food sustainability and marketing may well be addressed, courtesy of the report.

LMC liaised closely with Sir Peter Kendall and his team. We also preparing a detailed submission in writing on all those matters that have a direct bearing on the operation of the beef and lamb sectors here.

The UK will remain the largest and most important market for beef produced in Northern Ireland.

In the case of locally produced lamb, the need to maintain unfettered access to the rest of the UK and the EU are priorities of equal stature for the sector moving forward.

We export most of the beef and lamb that we produce locally.

Wider market access beyond the EU, where our beef and lamb are concerned, will also provide a better carcass balance for our processors.

Developments of this nature will have very beneficial implications in terms of the prices that can be offered to farmers.

One extremely encouraging development in this regard has been the opening up of the US market to accept sheep meat imports from the UK.

The USA and UK have a decision in principle on this matter. It will take a few months to sort out the details of the export certificates and plant approvals required to make this trading opportunity a reality.

But it is not beyond the realms of possibility that NI lamb will be making its way to the US  during 2022.

Currently, the American market accounts for 135,000t of lamb imports annually, with 70% of domestic demand serviced by imported product

In this context, I point to the need for further measures where bTB and BVD are concerned.

We have too many bovine animals being removed from herds on the back of a confirmed bTB infection.

We know that there is a reservoir of infection in both our deer and badger populations and possibly other species.

It makes sense to tackle the disease challenge that exists in domestic cattle and in wildlife so that we can have healthy populations of both.

Farm minister Edwin Poots has already made it clear that he is willing to address these matters head-on.

So, hopefully, the coming weeks will see significant decisions taken in this regard.

I expressed disappointment at the recent confirmation of the ongoing BVD eradication campaign losing momentum over recent months.

It makes no sense for farmers to keep Persistently Infected (PI) cattle within their herds. The only option is to have these euthanised and disposed of.

They represent a significant threat of disease spread and must be removed from the system.

The plants will no longer slaughter PI cattle, and those farmers deciding to keep these cattle will be suspended from membership of the Beef and Lamb Farm Quality Assurance Scheme until the matter is rectified.

However, if it turns out that voluntary measures do not resolve the PI-related issue, then I see no reason why statutory instruments cannot be introduced to deal with the problem.

In light of the significant climate challenge now confronting the farming and food sectors, I believe that robust accountability measures must be put in place to assess the real progress farmers and processors are making in meeting their future sustainability targets.

Irrespective of what climate change legislation is agreed for Northern Ireland, there are already a number of key staging posts put in place for the UK as a whole if a net carbon zero scenario is to be reached over the coming decades.

The first of these staging posts is 2030. Not alone does it represent the date set by COP 26 to secure a 30% reduction in global methane emissions, but it also constitutes the first major milestone in securing the UK’s overarching climate change commitments.

Many aspects of the private members’ climate change bill are not grounded in science.

This bill does not represent a sustainable way forward as it would inevitably lead to the implementation of legislation that would result in a significant reduction in the scale of Northern Ireland’s livestock farming sectors.

The campaign to reduce the various livestock sectors’ reliance on antimicrobials will continue apace in 2022.

Significant progress has been made in this regard throughout the UK. But, we have a lot more work to do.

In the case of LMC, we have changed the relevant criteria within the Farm Quality Assurance Scheme.

Specifically, members must now undertake mandatory training on the responsible use of antimicrobials.

The second half of 2021 saw the UK government agreeing trade deals with Australia and New Zealand.

Both these developments could have significant consequences for Northern Ireland’s farming and food sectors over the coming years.

The current Conservative Government at Westminster seems to be wedded to a cheap food policy.

From what I can see, there is little, or nothing at all, of what one could consider a good news story is coming out of these developments for farming and food across the UK.

Given developments of this nature, the need to develop political awareness regarding the needs of farming and food here in NI is now a priority.

Here in NI climate change will be the main focus. However, where London is concerned, reserved matters relating to trade policy must be debated in a context that also includes the needs of NI in full.

LMC will continue to deliver considerable value for money when it comes to making the best use of levy payers’ income.

The Commission levy has not been raised since 2003, but a full suite of Market Information, Industry Development and Marketing and Communication Services continue to be provided and enhanced for the benefit of our stakeholders by the team at LMC.

The Farm Quality Assurance fees were amended in line with the greater scope of the scheme a year or so ago.

Perhaps one of the most important developments over the last number of years has been a significantly enhanced level of cooperation among all the stakeholder groups are achieving, working within the red meat sector.

This ‘working together’ attitude will, almost certainly, gain further momentum during the period ahead.

An excellent example of this was the report on future options for supporting NI’s suckler beef and sheep sectors.

No doubt, further collaborations of this nature will follow during the period ahead.

This is a prime example of how to add real value to the LMC levies beef and sheep producers and processors pay throughout NI.