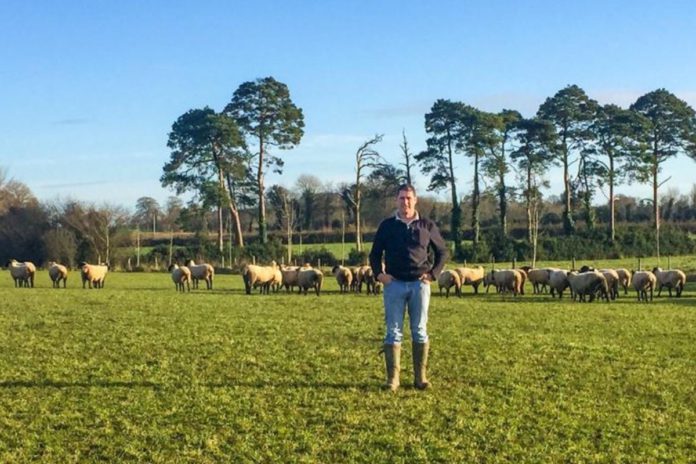 In this week’s segment, That’s Farming, speaks to New Zealand sheep farmer, Niall Walsh. He discusses introducing the breed to Irish soil and partnering with his neighbour to farm.

Niall Walsh, Rathdowney, County Laois, is one of the only farmers in Ireland with New Zealand sheep.

He decided to try the unique breed when his 60-ewe Irish Suffolk flock did not provide enough profit for him.

He continued buying one ram each year to build up numbers. He then decided to try New Zealand Texel sheep five years later through purchasing embryos. Next, he undertook ET work on his crossbred lambs, which lambed down three years ago.

In 2019, Niall wanted to focus on running his 160-cow Kiwi-cross dairy females, which he has expanded from an initial 40 females, so he partnered with his neighbour, David Thompson.

The current size of the farm is 262-acres of owned-leased land. Niall employs a part-time employee weekly and a student for lambing time.

“When I left school, I went off shearing, so sheep is my big interest. I went out shearing to earn cash, and I shore sheep for twenty-five years with David Thompson.”

“I always loved sheep and always will; it will always be the last thing to go out of the farm.”

“I grew up with agriculture, and my father has been farming all his life. So, I left school after my Junior Certificate and came home to farm; I always wanted to farm and always had the bug.”

Niall did secure success with his Irish Suffolk flock. He sold his Garryhinch Empire ram for €10,500 to a customer. Their ram went to produce a ewe, who won Balmoral Show four years consecutively.

Niall aims to breed an Irish Suffolk with a “good black head that is easy fleshed, has tight wool and produces an R grade lamb”.

“The head size would make no difference as long as it is not too big. The pedigree breeders all go for head and bone; that is the exact opposite of what we go for.”

“We go for a lighter boned head because it is a lot easier lambing, plus it takes protein to produce bone and milk.”

“Sheep are never meant to be hard; we made it harder. If New Zealand sheep were not fit to get up and suck themselves, they would not have survived.”

He admitted the breed’s biggest fault is that its colours can be more inclined to be more brown than black. 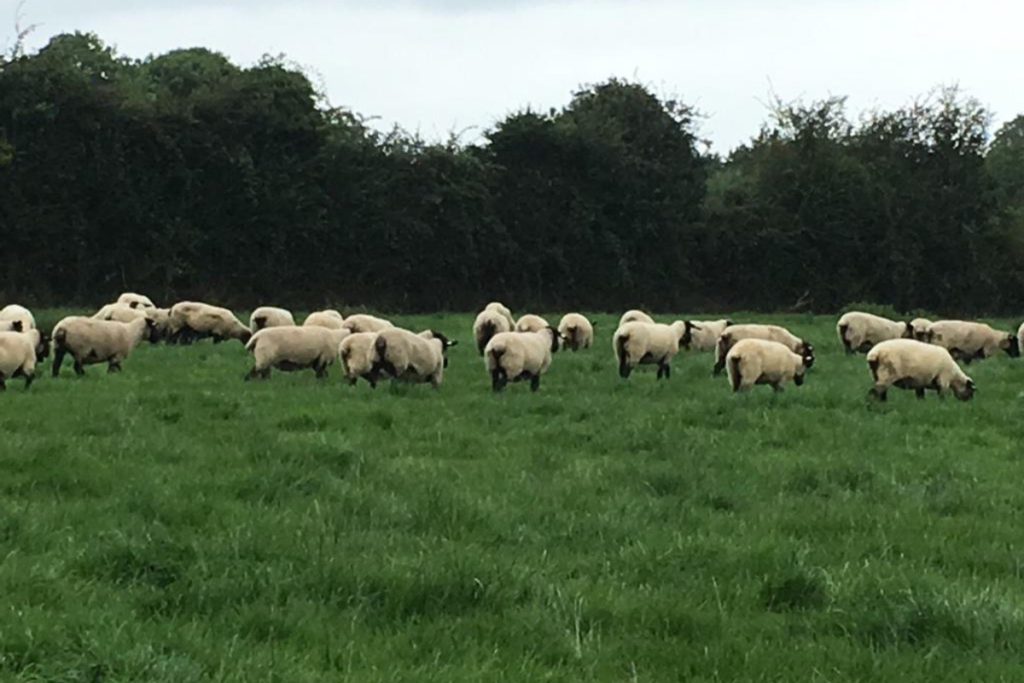 “We bought a ram in New Zealand with Robyn Hume for $1,500 at auction, and he is over in England now.”

“We are getting semen from him, and next year, we will get him over ourselves and use him on the main flock. He is in the top 5% on performance in New Zealand, so we are hoping he will do a good job for us.”

“We usually mark the ram going out for the first fortnight, and we put a little mark on him for the second cycle. Furthermore, we do not use any crayon; we just hand mark it with a raddle to know if it is working.”

“The biggest problem we had with the stock ram is going overweight and naturally fleshing. We had one ram, and he weighed 148kgs,” added Niall, who plans to AI 20 ewe lambs next year.

Niall commences lambing in mid-March while the season begins on David’s farm from February 15th.

David lambs indoors in his straw-bedded shed and some outside. Niall lambs outdoors with the assistance of a Broken Laptop Limited lambing camera in a multi-purpose shed.

“It suits me on the farm here calving cows not to have the two of them clashing together.”

“David would lamb then to have a lamb strong enough for breeding at the end of the year. So, it is nice to have a bit of strength in them, too, lamb.”

Niall explained that they both use a teaser ram to compact their lambing period. 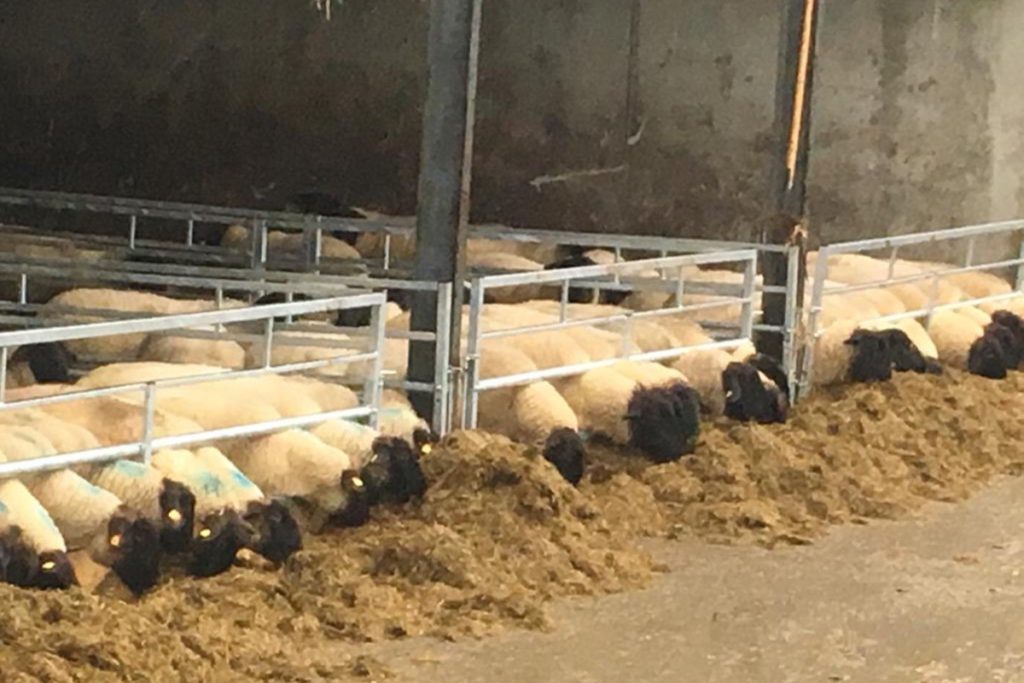 They sell the remainder of the flock as stores to their neighbour, with sixty-five shearling rams and ram lambs going through on-farm sales.

Niall explained that he secures up to 80 ram sales altogether annually.

“I love hearing back from people the following year that a lamb went on well, served well, and grew into a big sheep.”

Niall outlined Suffolk sell better than Texel in his experience because they “breed lovely ewe lambs, are sharp, great mothers, have small udders, good lambing ability and fatten off grass”.

He culls up to 25 sheep annually, which go to Kilkenny Mart at €150 – depending on mart prices. He culls for bad udders, bad feet, or ewes that go past their fourth crop. 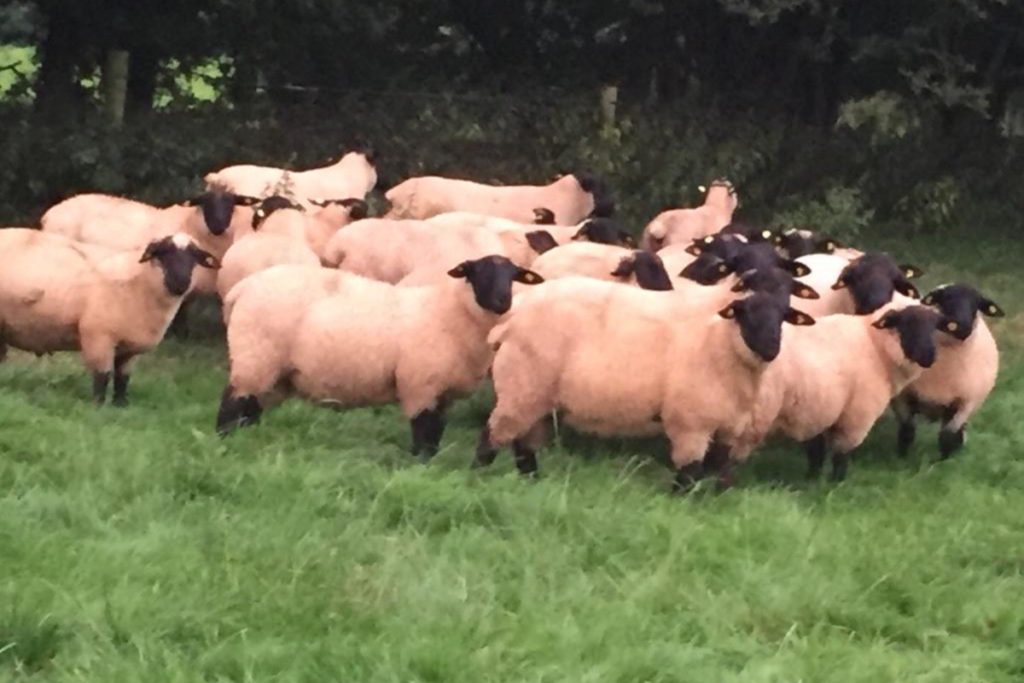 Niall explained how he developed a passion for sheep farming.

“I love lambing ewes and watching lambs playing around the field and thriving well with a ewe rearing two lambs.”

Niall explained what aspects could be challenging about the field of work. “There is a good bit of time selling sheep.”

“When a customer comes into the yard, you cannot rush them too much. You could lose an hour or an hour-and-a-half chatting, but it is not a lot with two of us involved in the flock now.”

“I would be passionate that a ewe should be able to lamb a lamb that would be fit to get up, suck themselves, rear her lamb and have plenty of milk to rear two lambs.”

“I like to cull heavily on traits; they have to have clean backends, good feet, and good udders.” 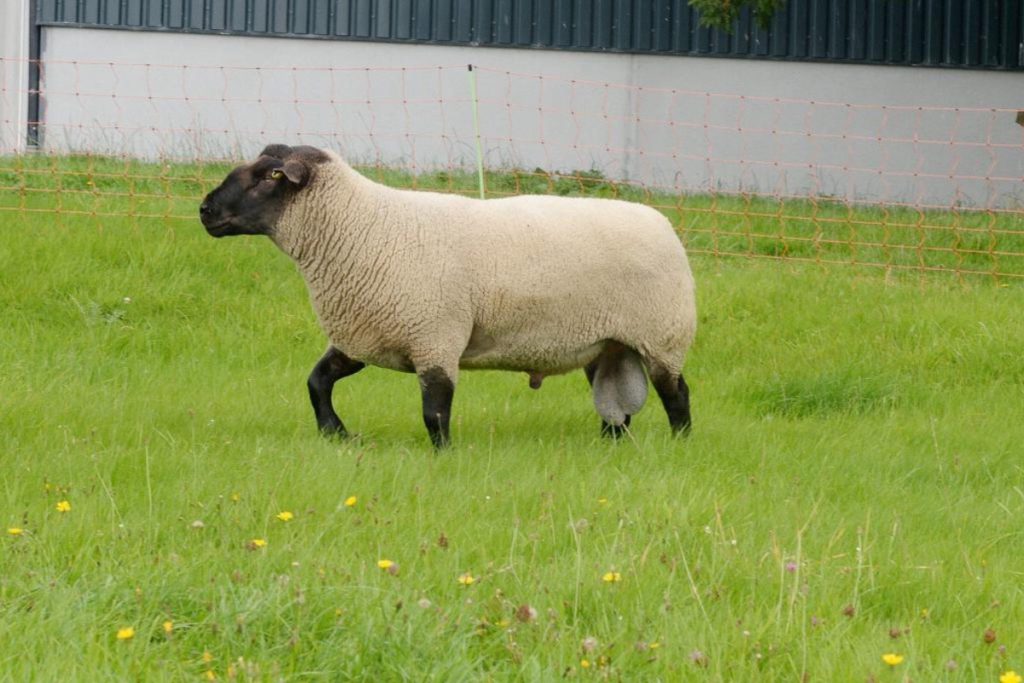 Bringing a new breed to Ireland

He commented on the challenge of promoting a new breed in Ireland.

“The breeder in England, Robyn Hume, had some of the groundwork done as people would have heard of him. It was a slow start, but I was only starting slow.”

“I had only 20 ewes lambed the first year, and they were not as mainstream of the New Zealand breed as they are now.”

Niall explained how he would have started breeding the New Zealand breeds differently.

“I probably would have started with pure New Zealand, and I would not have bred them from my original. I should have sold my pedigree flock and bought embryos.”

“It took a few years to get up to where I wanted to be; it is only now I am starting to have what I wanted.” 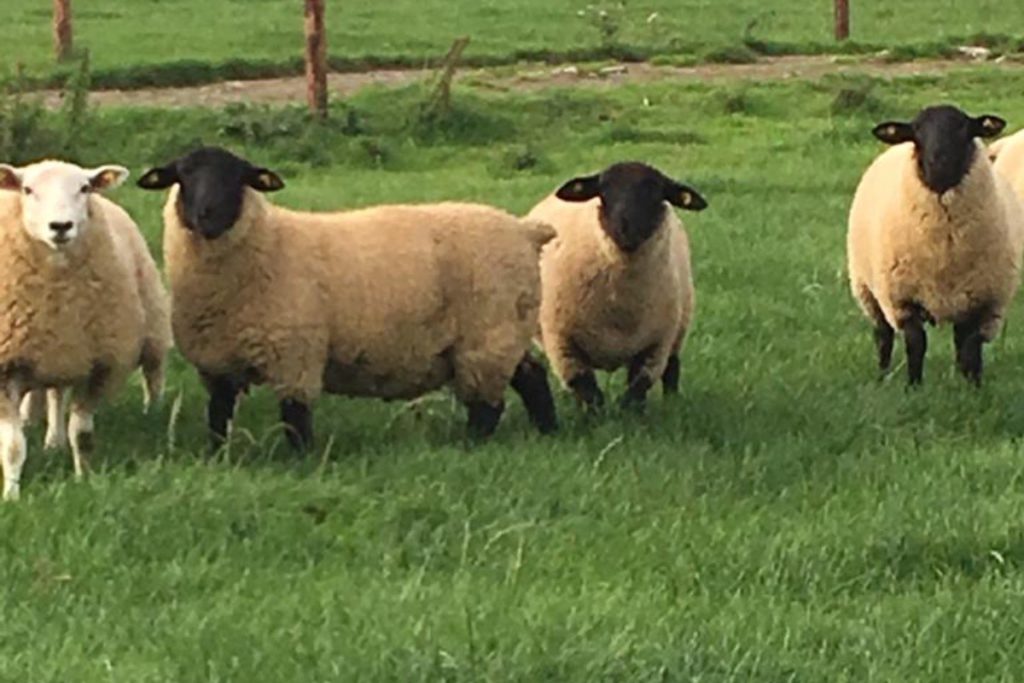 The duo plan to improve all aspects of their flock before expanding.

Niall commented should their flock’s increase more in five to ten years, they may employ a third labour unit.

“The future is very promising for sheep. There is not going to be a problem importing New Zealand rams from New Zealand. The demand is very much there for the foreseeable future.”

“I am concentrating more on cows now and will stay involved in promoting the sheep and help sell them. Climate change is a worry, and there will be a lot of changes in the next five to ten years.”

“Whatever happens, it will have to be farming in some way, whether food is going to get dearer or there are grants to put in these facilities, e.g. extra slurry storage.

“Food will have to be there, and we have to supply it; the future in farming has to be promising enough,” the sheep farmer concluded.