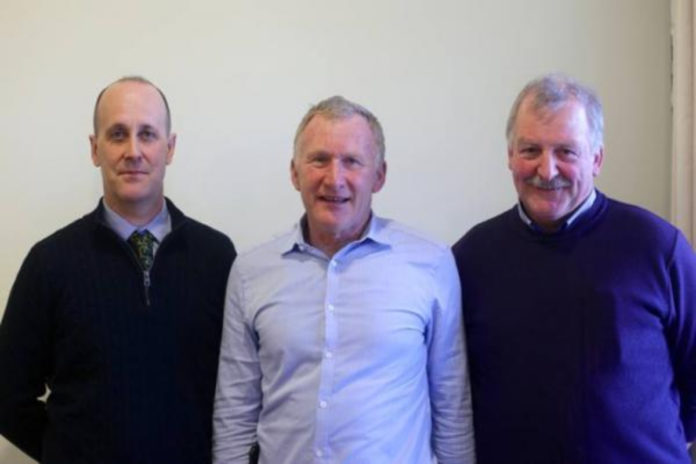 John McEnroe has officially taken up the position of president of the Irish Aberdeen-Angus Association.

The baton was passed onto John, who hails from Oldcastle, Co Meath and is the owner of the Liss Aberdeen-Angus herd, at the Irish Aberdeen-Angus Association’s annual AGM from outgoing president Mack Crowe.

After being appointed president of the association, McEnroe addressed the crowd saying: “I would like to thank the Irish Aberdeen-Angus Association for entrusting me with the honour and privilege of serving as your president.”

“It is my second time to take up on the position of president and I’m sure I’ll be able to utilise my previous experiences in the role to my fullest advantage over the coming term.”

“I hope to see the Aberdeen-Angus breed continue to cement its place as the breed of choice amongst factories, supermarkets and consumers,” he concluded.

Outgoing president, Mack Crowe, had the following to say to the attendees of the AGM: “It was a great honour to have been president of the Irish Aberdeen-Angus Association for the last two years.”

“There are many highlights to look back on over that time but my personal highlight was welcoming the YDP finals to Ireland last September and to see so many talented young people take part on the day and for the Irish team to perform so brilliantly across each of the sections.”

Eustace Burke, the owner of the Clontead Aberdeen-Angus herd, was established as senior vice-president of the association.

John Blackburn, of the Killaney Aberdeen-Angus herd, will take on the role of junior vice-president.