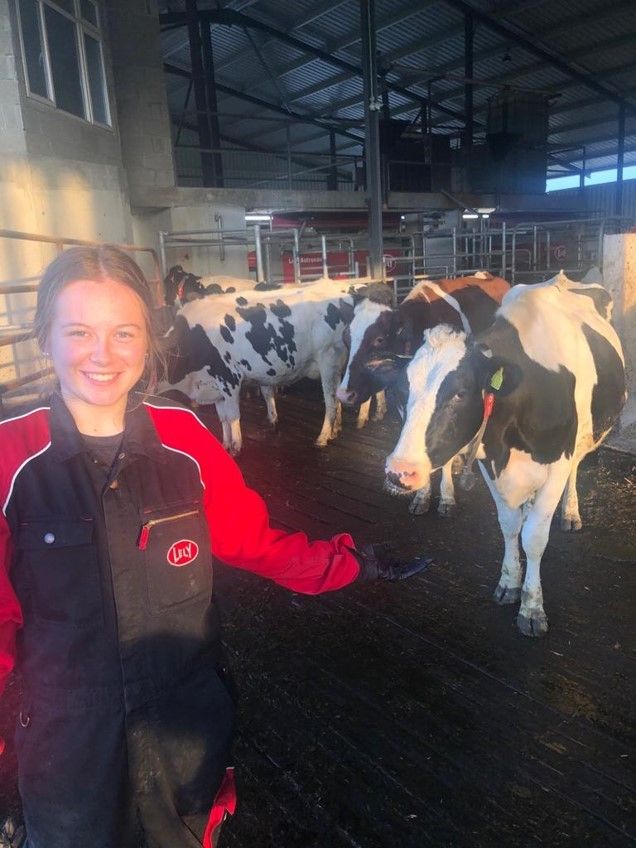 The Byrne family, Kildavin, Co. Carlow are taking an innovative approach to dairying with their progressive indoor robotic system.

In September 2019, Alfie, who farms with his children, Aisling and Seán, became a new dairy entrant, having dabbled in beef, sheep, and tillage.

“The seventeen years before venturing into dairy, we were tillage farmers but had suckler beef and sheep previous to that.” Aisling Byrne, a 16-year-old transition year student in FCJ Bunclody, told That’s Farming.

My dad always had an interest in dairy and working with livestock. After a lot of research, he decided it was something he wanted to do.”

“Farming has always been a family tradition, and our farm has been around for four generations. We were new entrants into dairy in September 2019.” 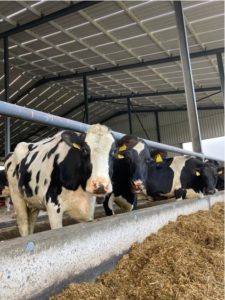 They have two Lely Astronaut A5s, both supplied by Lely Center Enniscorthy, the first of which was installed in late August 2019, while the second installation followed in March 2020.

Last year, the family milked 74 cows using Lely Astronaut A5 robots, and in 2021, they intend to milk in the region of 100 cows. The number of times each cow is milked in a day varies throughout the year, but the average is 2.6 times daily.

They currently own 82-acres surrounding the farm and are long-term leasing a further 100-acres. The Byrnes operate a fully indoor system and calve their high-yielding herd between February-April and September to December.

“We chose Holstein Friesians because our cows are indoor all-year-round and have a TMR (Total Mixed Ration) diet all-year-round. Furthermore, we hope to start breeding our own stock from 2021.”

“We are currently using AI and our Friesian Holstein stock bull. Previous to this, we ran an Angus stock bull which we currently still have on-farm. We do not keep any of our calves.” 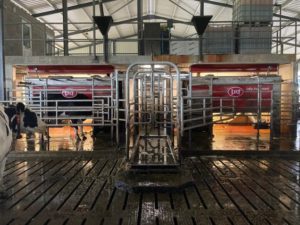 They purchased replacement heifers as weanlings and calved these from 22-24 months of age to lay the foundations for their herd.

“One of the most difficult things for us is training fresh heifers that have just calved onto the robot. Some are easier to train than others! Another difficult thing is teaching the calves to suck on bottles/feeder.”

“We are extremely happy with our robots. The cows can go into the robot and get milked whenever they want and are not standing around waiting to go into a parlour.”

“This definitely makes them more relaxed, which equals more milk in the tank! Robots give you so much information. For example, the robots will alert you if a cow is developing mastitis days before the cow becomes obviously unwell.”

“We also find that the robots suit our lifestyle, and we are not running back at a certain time every morning and evening to milk cows. Also, we received great help from the staff at Lely Center Enniscorthy. Whether it was advice, parts or something needed to be repaired, they were always there to help!” 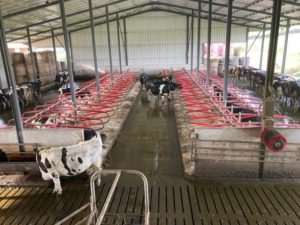 Venturing into dairy has been a significant investment for the family. Along with purchasing state-of-the-art technology, they opted for a new build on a greenfield site.

“The shed was erected by Ray Byrne Construction LTD. We went down this route because the old cattle housing would have been too expensive to convert. Also, we needed the old sheds for young stock.”

“The reason why we have so many cubicles in the drafting area is for the training of new heifers so that we won’t have to fetch them from the back of the main part of the shed. Because our cows are housed all-year-round, our main aim is to maximise cow comfort.”

In line with this objective, the Byrnes have a Lely Discovery 120 Collector, which, according to the company, “takes a revolutionary, diverse approach compared to traditional manure scrapers”. The Collector operates by vacuuming manure, ensuring a cleaner floor, and ensuring cows’ hooves remain clean. 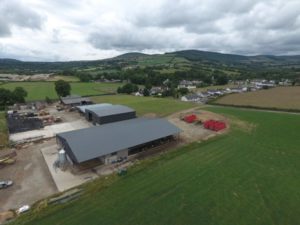 While the farm has embraced technology to perform several tasks, there are still jobs, including the harvesting of data, that the family must carry out.

“One of my main responsibilities on the farm is managing the data on the computer. With robots, a lot of information has to be stored into the T4C app on the computer such as treatments you give cows and when they are due to calve.” Aisling explained.

“It’s also my responsibility to check the computer to see if any cows are unwell. “When we have calves my brother, and I feed them and also do jobs around the shed like washing the robots.”

“Grassland management is an important practice on our farm with silage cut every four weeks or pushed to five weeks if conditions do not allow.” 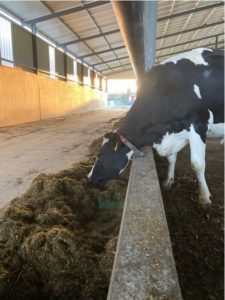 Looking ahead, the family are satisfied with the performance of their herd but would like to have both robots working at full capacity, which for them, would be between 110-120 cows.

Seeing the benefits first-hand, Aisling firmly believes that more farmers will embrace robotics in the years ahead.

“I think that in the future, dairy farming will be quite similar to how it is now. However, I do think that technology will play a bigger role in dairy farming, and more farmers will have robots.”

“I also feel that farmers will be producing more milk per cow because they will know more about diets and how cows can milk more,” Aisling Byrne concluded.