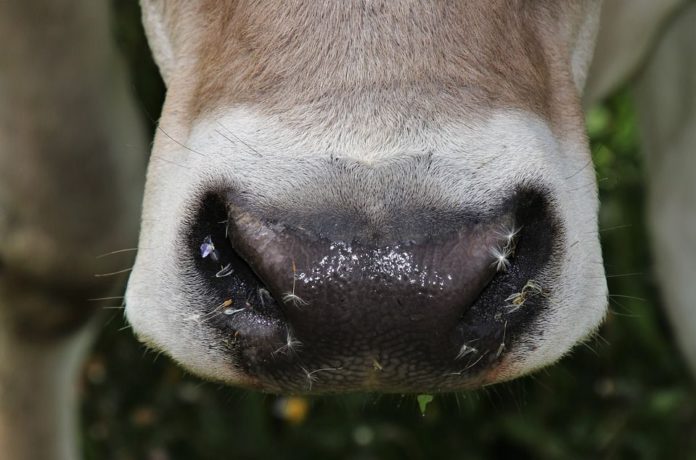 ‘BVD vaccination is likely to prevent trade in the future’

Next year, Northern Ireland farmers, who wish to export cattle to the Republic of Ireland, will have to comply with new BVD requirements.

The changes have arisen from the new suite of Export Health Certificates (EHCs) that came into effect in October 2021.

BVD status, at both herd and individual animal levels, will determine eligibility for exporting to member states that either have:

The Department of Agriculture, Food and the Marine intends to apply for recognition of its BVD eradication programme in 2022.

It hopes to meet the conditions for BVD-free status in 2023.

When the European Commission approves the ROI’s BVD programme in 2022, cattle moving to the ROI for breeding and production will have to meet additional BVD requirements.

BVD vaccinated animals will still be permitted to move until the ROI achieves BVD free status.

However, BVD vaccinated animals will no longer be eligible for export once it gains free status.

In a statement, DAERA stated that BVD vaccines play an “important role” in protecting breeding animals from becoming infected. It said that for many herds, their continued use is recommended.

“However, anyone who may want to export cattle to the ROI for breeding and production needs to be mindful that BVD vaccination is likely to prevent trade in the future.”

The level of BVD in animals across Northern Ireland has fallen over 50% since DAERA introduced the compulsory eradication scheme in 2016.

In September, it enforced the ban on the movement of BVD Untested (BVDU) animals to slaughter.

According to DAERA, this has proven “very successful” to date, with only 10 BVDU animals arriving at slaughterhouses since then.

It said it recognises that it will have to take additional steps. It stated that this includes developing the second phase of legislation to support the eradication of BVD further.

The Ulster Farmers’ Union has said there would be fewer additional requirements if herds in Northern Ireland had the ability to be assigned a herd level BVD status.

It believes that DAERA must deliver on this ask to lessen the financial burden for farmers.

“To do anything less would create a major trade barrier which is not an option,” he warned.

“When ROI is declared as being completely BVD-free, which looks to be in 2023, ROI farmers will not be able to purchase any animal vaccinated against BVD.”

“Those NI farmers, who currently sell cattle to ROI or intend to in the future, need to take note of this new requirement.”

“Before making any decisions about ceasing vaccination, we encourage farmers to carefully discuss this decision and any unintended consequences with their veterinary practitioner.”

The group continues to lobby DAERA for further restrictions on any herds which retain BVD PI animals. Proposed measures include herd restrictions and neighbour notifications.

So far, the NI farming industry has been leading on BVD eradication with DAERA facilitating some of our requests.”

“It’s disappointing that NI is not yet in a place to apply for BVD freedom and have to consider the implications of BVD trading requirements as an issue,” he concluded.