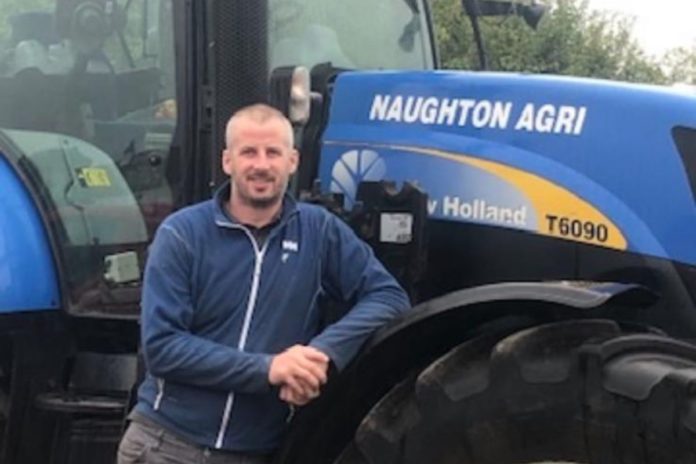 Alan Naughton (36) from Ballinasloe, Clontuskert, County Galway, left school at 19-years-old to establish his own contracting business and help his dad on their suckler farm.

In 2017, the Galway native completed his Green Certificate at Mellows Campus in Athenry, with his wife Laura, and together, they have two children, two-year-old, Eabha and five-month-old Fiadh.

In 2005, Alan established Naughton Agri, which has two employees alongside his dad. His first services to offer were slurry, baling, and hedge-cutting.

“My father helped me a lot out the first few years to get me going. We have a 130-acre farm; it benefited the farm to buy the machinery and save expenses on a contractor and make money from the machinery.”

“I never really got into tillage, but I bought a disc harrow this year; I probably will buy a plough and power harrow and start reseeding.” 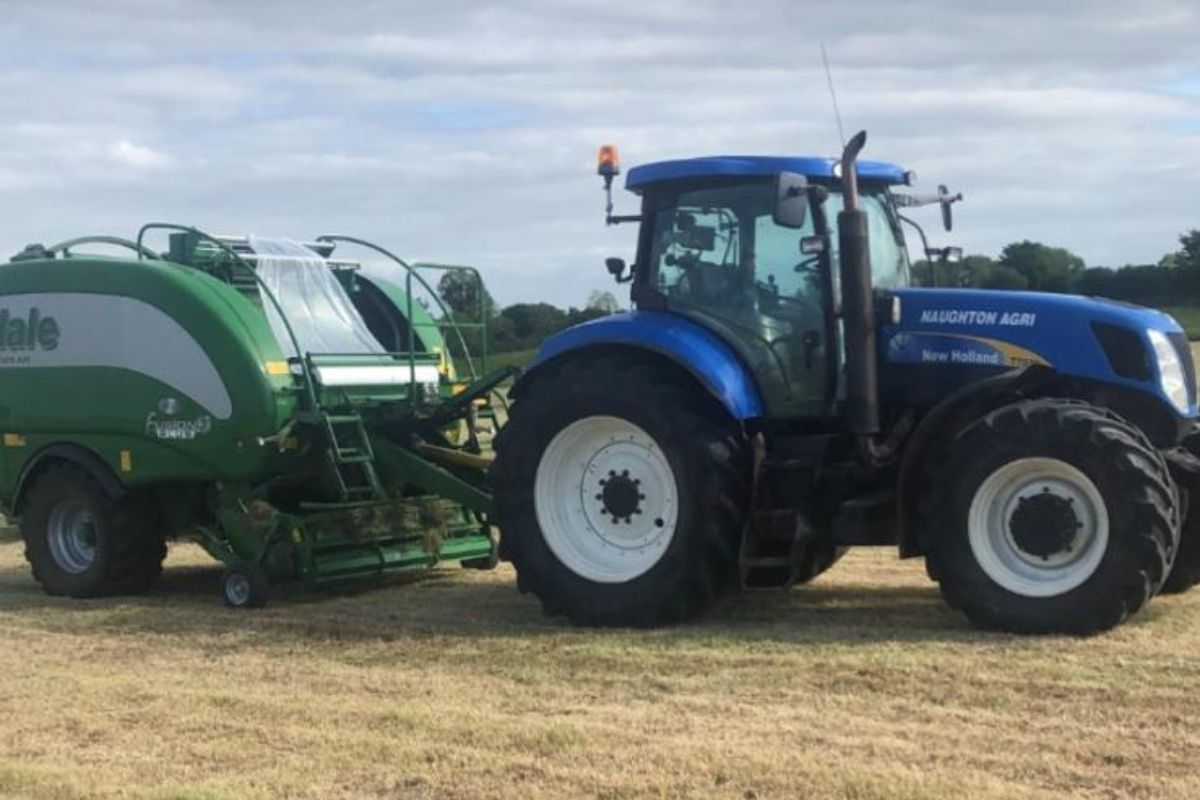 “It is great there are so many Case and New Holland dealers around me to get parts and a great reliable service.”

“I find with Hogan Tractors; if you bring them in a tractor, they have it out in a couple of days. I do most of the work myself; Peter Nee Garage down the road does repairs too.”

Other items include a MASKTEK umbilical system with a 10-meter dribble bar, a Redrock and Cross slurry pump, a Staltek U30 3.0m disc harrow, and a McConnell hedge-cutter. 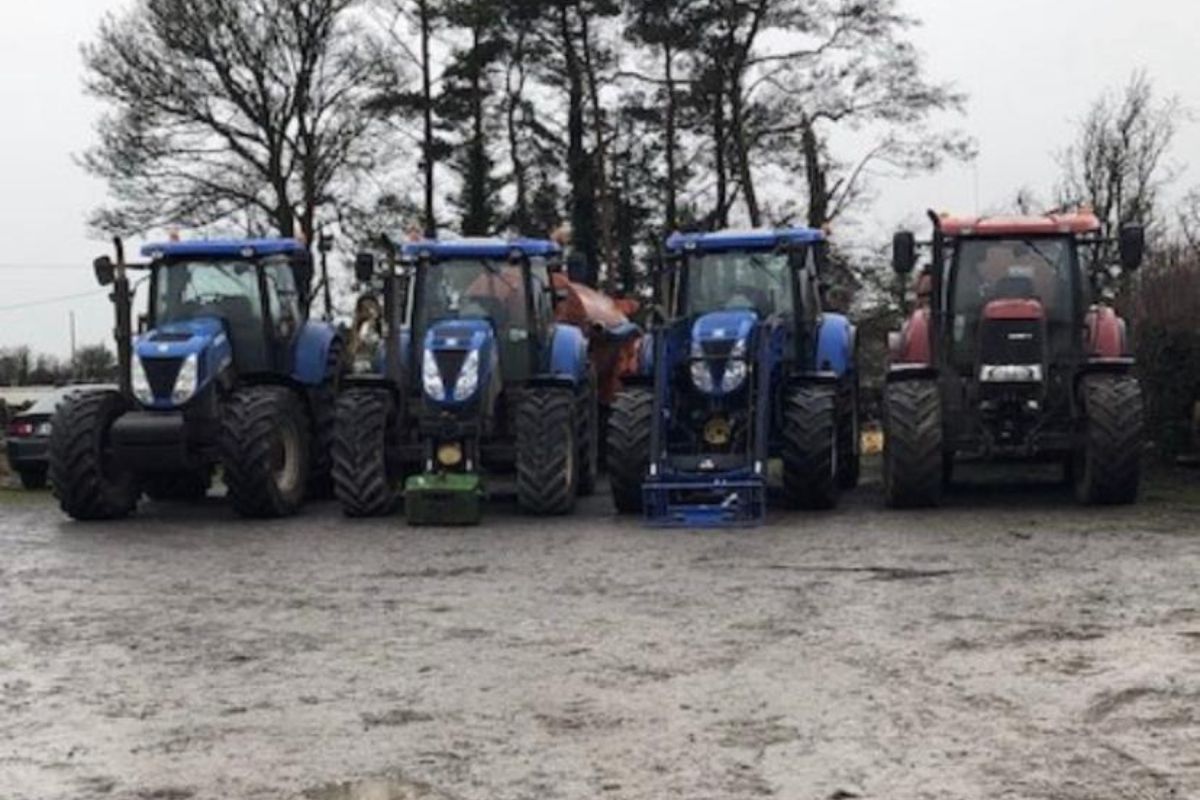 Moving with the times

According to Alan, the MASTEK umbilical slurry pipe system alluded to earlier was purchased from MASTEK Ltd in County Cavan this year. He noted due to a high workload for the umbilical system; he may invest in a second one.

Furthermore, he commented that it was evident that he would have to acquire this, and it may become compulsory to have with irrigation and land measures.

“A lot of customers, who were with me from day one, told me if I did not have a pipe system by next year, they would have to get someone else for the winter.”

“The first couple of days were interesting; you would not be long learning from your mistakes; I knew a bit about them and had seen them working, but I was never in the same field as one.” 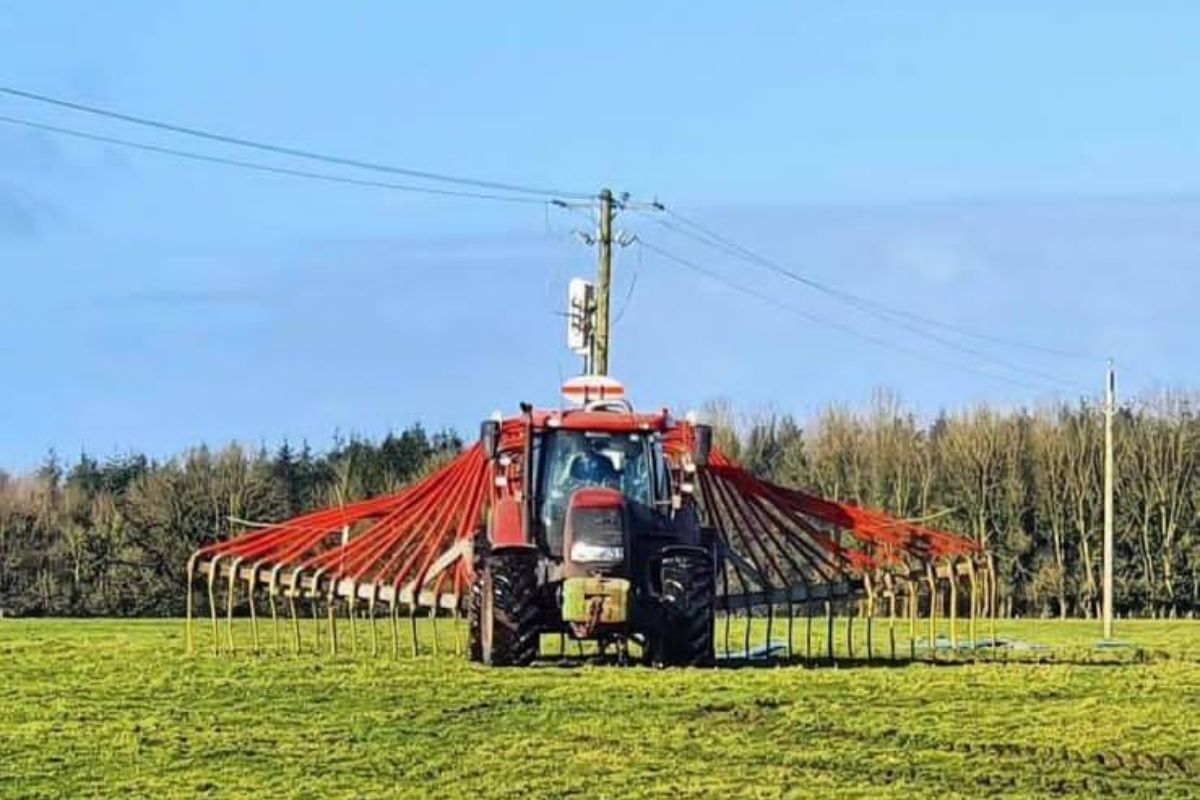 In 2019, Naughton Agri Hire Limited began hiring tractors and machinery. Alan felt it was challenging to get workers for contracting, and he had tractors that needed to earn their value.

“I saw an article in the paper about renting out slurry spreaders and muck spreaders. I said there is nothing to stop me from doing that. So, I put an ad up on Donedeal, and did a bit of advertising.”

“Many people hire slurry tankers and muck spreaders off me; a muck spreader could be anywhere in the country any day. 95% of people will mind tractors very well; there is one or two who have no regard for their tractor or anybody else’s.”

“I bought the disc harrow a few weeks ago for the birdseed cover. Instead of paying a contractor to pull a disc harrow all day, farmers can rent it out for a day at €150 + VAT.”

“I would always be looking at buying more tractors for self-hire. There are always people looking for tractors, and we would not have enough; to know where to draw the line is another thing; you cannot have everything in the yard.” 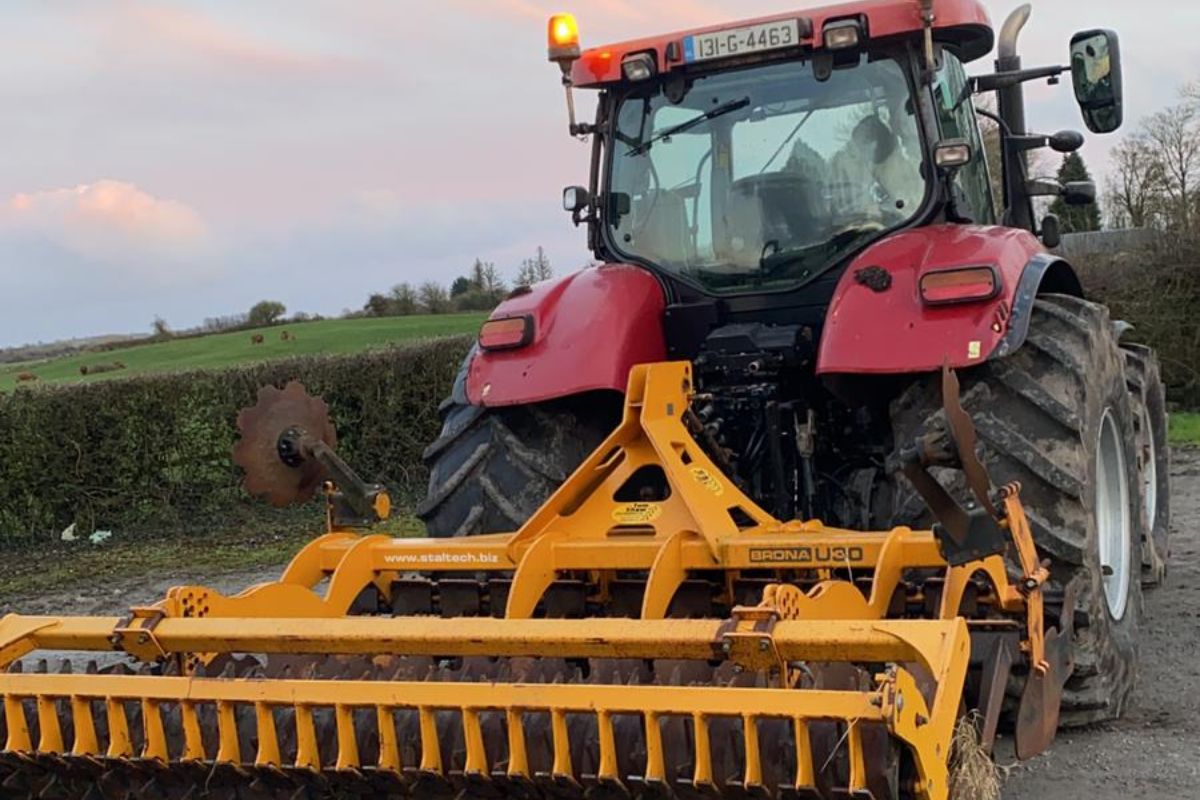 Looking ahead, Alan is very confident with both businesses and will continue to source more tractors for hiring, which costs an operator €700/week.

He is thankful for his customer base, who have supported him from day one and noted that his family, who are farmers, have been supportive of him.

“Farmers are becoming more aware of quality silage and getting their soil samples taken and cutting the silage in time, and not leaving it twelve weeks.” the owner of Naughton Agri concluded.