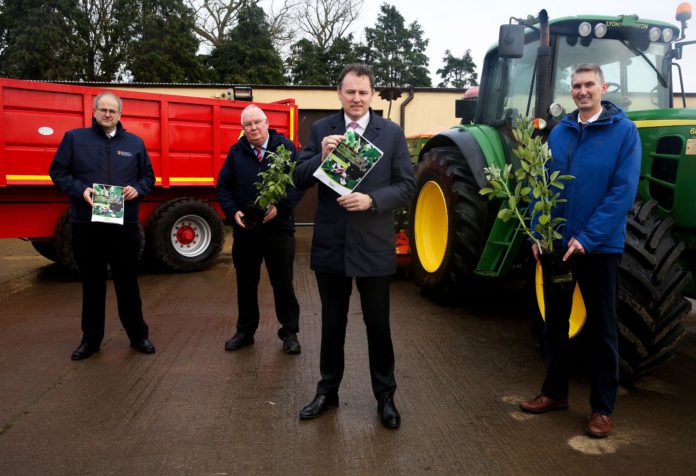 The Teagasc convened group aims to support farmers to produce 130,000t of indigenous protein crops from 20,000ha in Ireland by 2030.

The group also has representatives from the agricultural industry, farmers, and the DAFM.

Minister for Agriculture, Food and the Marine, Charlie McConalogue, launched the plan on Thursday, December 9th, 2021.

Minister McConalogue said the strategy’s targets are “very much aligned” with the DAFM’s proposed CAP Strategic Plan to double the area grown to protein crops to 20,000ha.

McConalogue commits to supporting farmers in growing “indigenous” protein crops through the next CAP.

Overall, he views growing the area under protein crops as a “win-win” for the industry.

“It offers a support for tillage farmers and can play a huge role in reducing our dependence on imported crops.”

In a statement, they outlined three key strategies to achieve their goal:

Furthermore, the group intend to launch an initiative called ‘Benchmarking Beans for Yield Improvement’ next spring.

It aims to determine the key agronomic practices used to achieve the highest yielding crops and use them as a benchmark for other farmers for overall yield improvement.

The minister highlighted the benefits of increasing native production of protein crops from climate change, environmental and biodiversity viewpoints.

He said the move would “greatly” contribute to Ireland’s sustainability credentials.

Also, he outlined the advantages of protein crops from an economic viewpoint to the tillage farmer.

“The animal feed market will be the largest customer of protein grains. However, developing a higher value food market is a priority to add value to protein grains and farmers’ incomes.”

“As a company, we would be delighted to see the protein crop area increasing into the future where we can comfortably use up the four times our current supply as we find them an ideal crop to work with both with tillage and livestock farmers.”

- Advertisement -
Previous article
Diary: Weathering Storm Barra and lambing 2022 prep
Next article
‘It is about profitability to make enough out of 120 cows for one person’