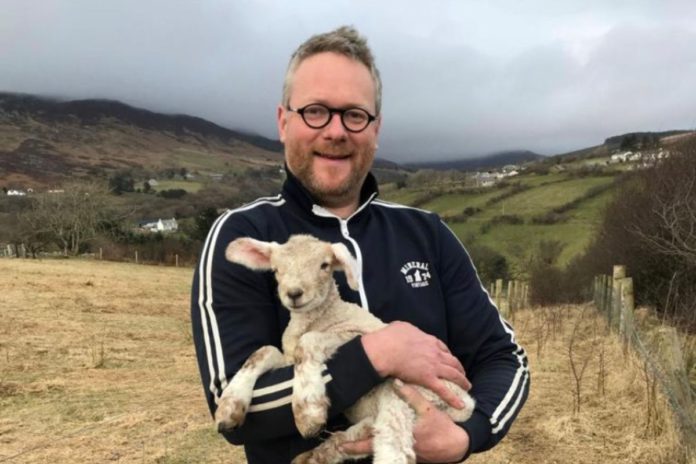 In this week’s Farmer Focus Series, That’s Farming speaks to Bernard De Ceuster and Sinead Walsh of Muineagh Organic Farm about their organic farming experience in Ireland. We discuss their move to Irish agriculture, the challenges and barriers around organics, diversifying their farm and what the future holds.

“We began farming in Ireland as soon as we moved here, six years ago,” Bernard tells That’s Farming.

Also, a noble farrier, Bernard travels county Donegal to assist the equine community in ensuring their horses are in top condition. On the other hand, his wife Sinead also has secured off-farm employment, as a Special Needs Assistant.

A Belgian native, Bernard has gained vast knowledge of agro-forestry and equestrianism, before making the move to Ireland with his wife to establish their organic enterprise.

“I enjoy the quality of life, the planning, the expectation, the challenge and most of all the satisfaction of good food production,”

The farm which Bernard, his wife, Sinead run and with the help of a close neighbour, is home to a diverse range of animals.

The six hectares of the fertile land of Buncrana, County Donegal, hosts 5 horses, 1 donkey, 10 sheep, 24 pigs, as well as a range of beehives.

The main reasons for selecting these animals are supported by cultural views for the area.

Connemara ponies and Galway sheep are local breeds, they are part of the landscape.

“Next year, we plan to produce Mangalitsa pork. This particular breed of pig produces meat which is particularly appreciated by chefs.”

Furthermore, while Bernard made the move to Ireland, farming is not a family tradition.

While both Bernard and Sinead have secure off-farm employment, it is appreciated that they purchased the holding and essentially started from scratch by the pair. 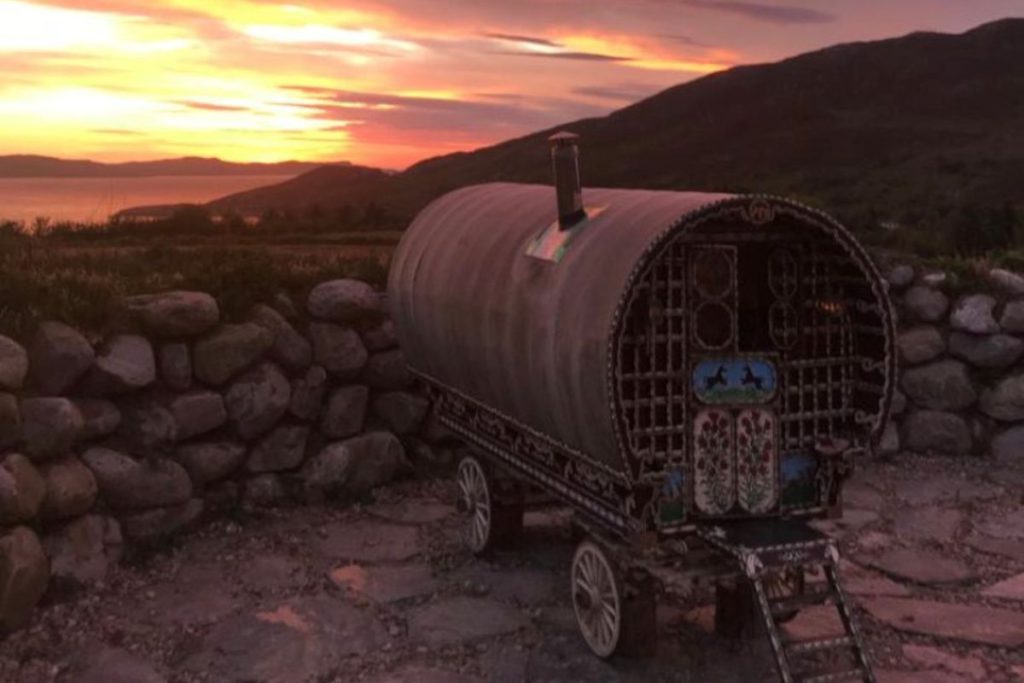 Challenges for the organic market

Bernard reflects on some of the biggest challenges that pose a barrier for organic farmers. Food markets and distribution are made for industrial cheap food processing, says Bernard.

A firm focus of Muineagh Organic Farm is improving biodiversity, as well as sustainability.

“Improving biodiversity and respecting the environment has a direct relationship with sustainability and more expensive, quality food.”

“The mentality about food production and consumption has to change, and we are not even at the beginning”

While the process of entering organic farming is daunting, with the regulations the Department of Agriculture, Food and the Marine set as well as the ongoing administration required.

However, Bernard firmly believes that it is viable with the right help “the regulations and administration is a big challenge for me”.

“But, thanks to my wife and motivated agricultural consultant, Alicia Temple, it is possible to jump through any hoop.” 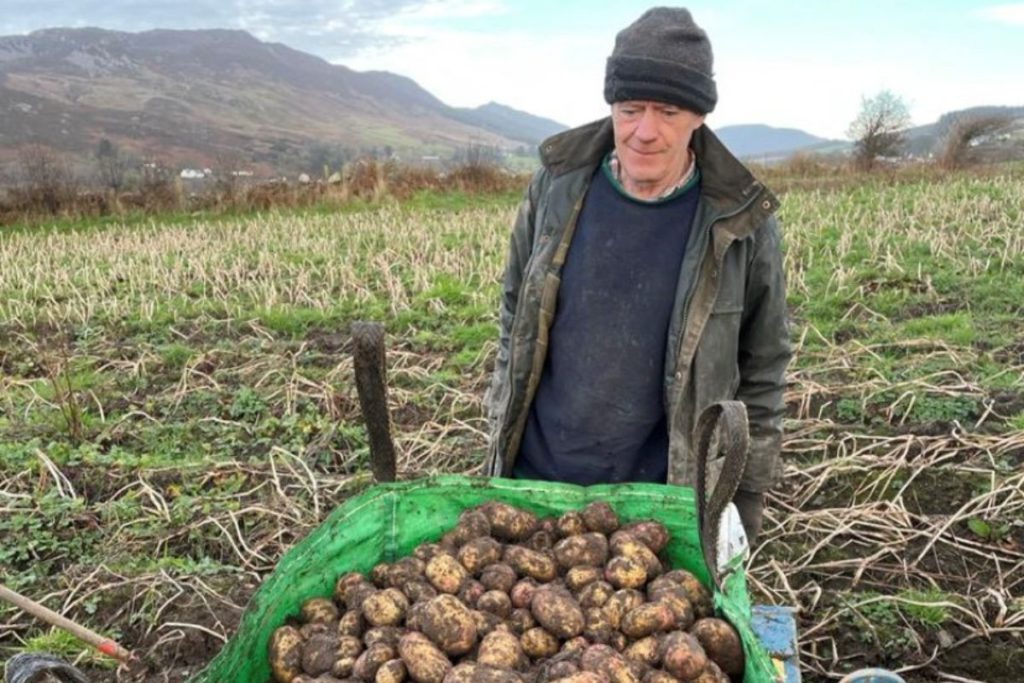 The organic farm is still in the early stages of development. However, the progress made by the organic farming pair has been woeful, considering the venture had to be started from scratch.

“We really had to start from scratch, fencing, digging a well for water supply, road access to the farm, planting hedges, the list goes on.”

Further on, the farm has successfully established some fruit trees, as well as expanded the on-farm infrastructure.

“We are now building a shed with a storage room. We are in the process of acquiring four polytunnels to expand our range of products.”

Preparation certainly is key, and this is an element that has clearly been pinned in Muineagh, when establishing the organic venture.

“The preparation upstream is key. I aim to improve biodiversity, through a combination of the right investment, as well as patience. Observation and comprehension regarding wildlife are essential in order to avoid mistakes.”

The new organic venture has a target, which is to be self-sufficient.

“Being self-sufficient is a priority. However, as soon as possible, we would like to produce enough food for a few local families within our parish, as well as one or two local restaurants.”

While this is the first year to produce pigs, a few of them have already been sold. In 2022, the farm aims to sell its off-farm produce direct to local farmers and butchers.

“Potatoes, as well as a range of other vegetables, are produced throughout the farm. In turn, the potatoes are harvested and sold locally, either to local customers, or supplied to supermarkets in Buncrana.” 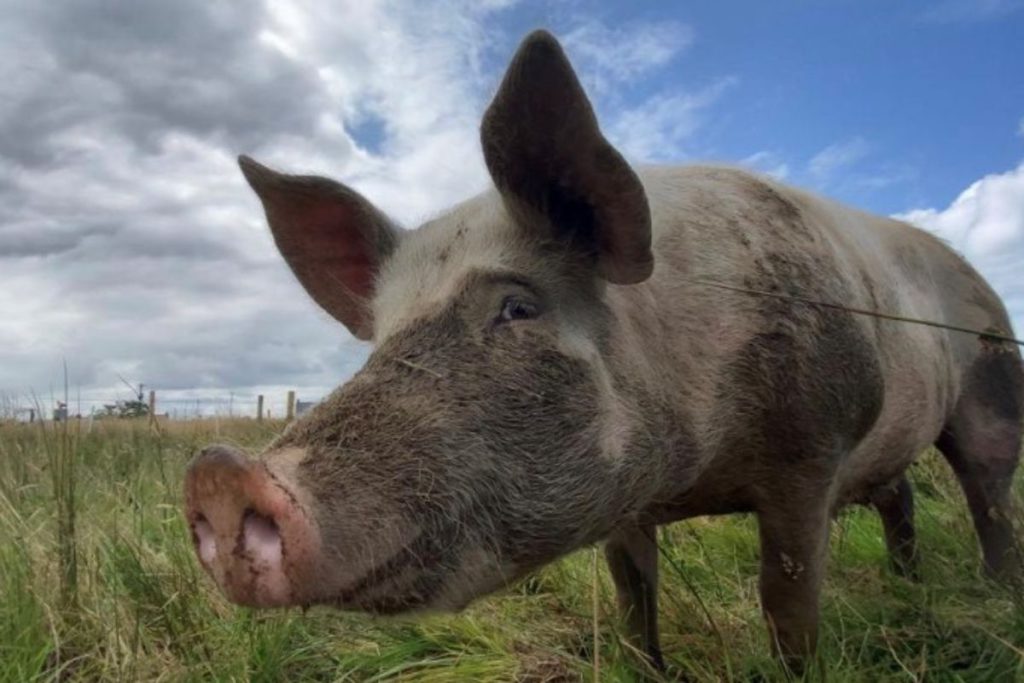 Although the holding already hosts some fantastic diversity, the future is brighter. Muineagh is based in the heart of Donegal, where tourism is active during peak seasons.

Bernard has decided to collaborate on an idea which he believes will incentivise further tourism to the area. Furthermore, he is of the view that it will boost the local economy.

“We built a glamping site with a gypsy wagon. This will allow us access to social farming.”

The pair intend to host couple retreats to their glamping site, which is based on the farm.

The intention is to allow visitors to gain an on-farm experience, incorporating stunning views, spending time with animals on the farm, as well as seeing and understanding the organic crop production process in Ireland.

They also plan to construct a small-scale kitchen i for the glamping site. This valuable infrastructure will host a range of cooking and enjoying organic produce that they harvest directly from the farm to fork.

- Advertisement -
Previous article
VIDEO: ‘Never force the tube down’ – The ins and outs of tube feeding calves
Next article
In-lamb ewes ‘on fire’ in Cootehill