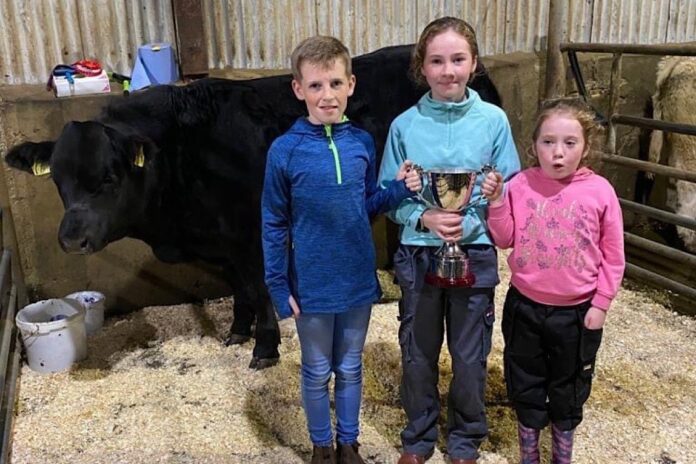 ‘The suckler farmer is a dying breed’ – farmer securing over €8,000 for cattle

In this week’s Suckler Focus, That’s Farming, speaks to Sean Hughes. He discusses crossbreeding, using 100% AI, and securing over €8,000 for commercial cattle.

In 2016, he dispersed his 20-strong herd of Limousin and Simmental-cross suckler cows and purchased two Belgian Blue-crosses, which he flushes three times annually.

The enterprise – Greyridge Commercial Show Cattle – is a hobby for first-generation farmer, Sean, a builder that floats between Carrickmacross and Dublin.

“We did not have a family farm. I would have been on my cousin’s and neighbour’s farm, and just took a liking to it, so that is where the interest came from.”

“I have been working since I was 15 or 16. So, I always wanted a job as a builder and to farm on the sideline. I like to go home in the evening and look at good cattle,” Sean Hughes explained to That’s Farming.

Sean is leasing a farm from his wife’s father and is assisted by his cousin, Brendan McEnaney, his children, Emma and Jamie, and Brendan’s children, Caoimhe, Bronagh, and Aoibheann.

“I was always passionate about commercial cattle. I always liked them crossbred Belgian Blue and Limousin cattle. Furthermore, I feel you need the Belgian Blue for the muscle, and the Limousin brings that bit of sweetness to them.”

They branched into ET work in 2016 when they changed their farming system, buying a Belgian Blue-cross heifer initially for showing purposes, and they then put her forward for flushing the following year.

They initially secured the heifer, out of Rosie (dam), from Pearse McNamee through a private sale and “never turned back since”.

“There are no stock bulls, and we use all AI because I love trying new bulls and new genetics. I try different bulls every year to see how I get on and see which is the best bull to use.”

“We achieve a 50:50 hold rate for fresh embryos. For example, you could have six or seven in a flush and only have four of five heifers ready, so you use the fresh ones ready and freeze the rest.”

“There are good bulls available, and I am in favour of genotyping. You can pick a sire with a double Q204X gene or an FL94 gene.”

“I suppose you can go any way you want, and before this, you did not know what type of a gene they carried and, to an extent, what the result could be.” 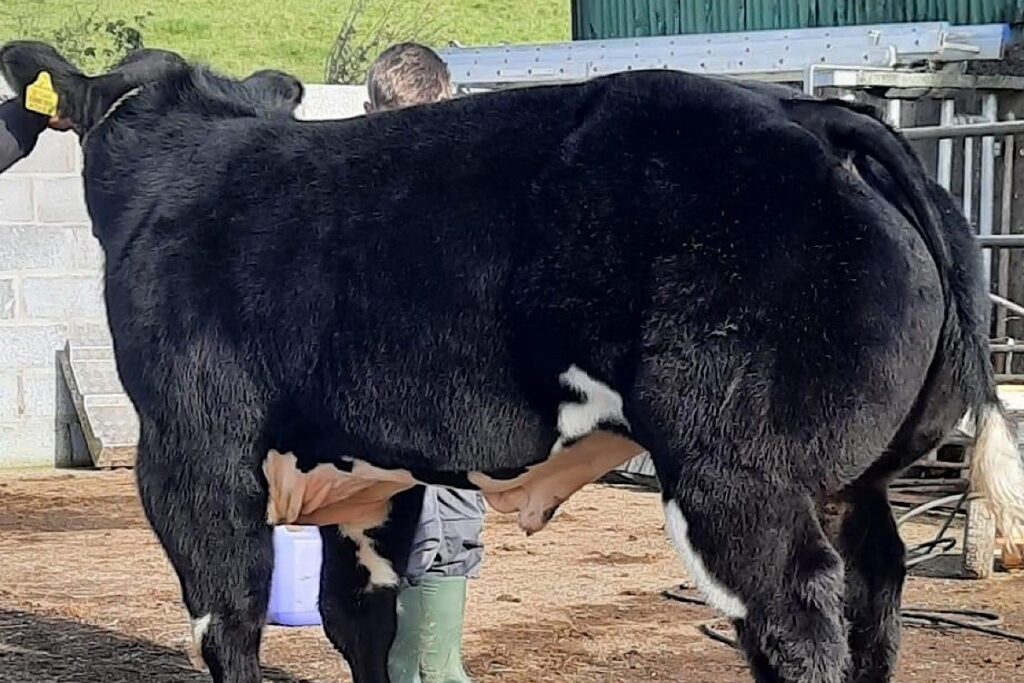 The Monaghan farmers calf their cows during January, March, and June to coincide with early and late show and sales.

They buy ten Hereford-cross and Angus-cross through on-farm sales, which act as donor cows for calving and calve down at 24-25-months.

They sell the donor cows after selling their caves in Ballybofey & Stranorlar Co-op Livestock Mart or Carnaross Mart and acquire another team of donor females the following year to repeat the process.

“Calving at 24-25 months, I find females can take the C-section and are good strong heifers. Then, they are up bonding with calves shortly afterwards, and they never look back.”

“I feel the calf never gets any stress by doing a C-section. They are up standing in 10-15 minutes because of that element.” 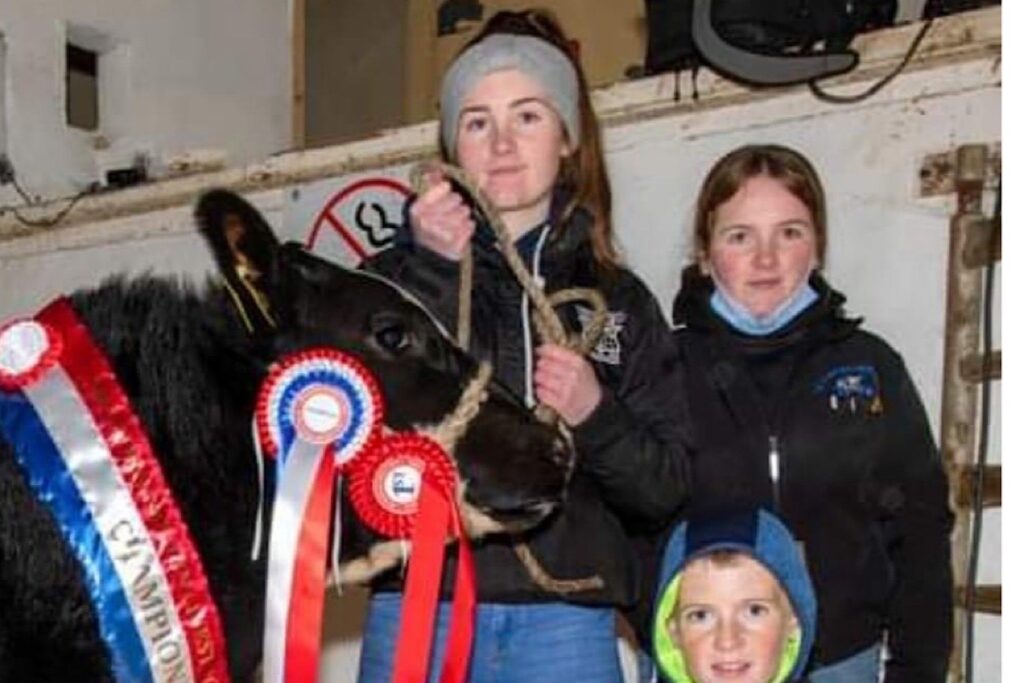 In addition, they sell some male progeny at shows and sales in the vicinity.

“Demand is absolutely crazy for breeding stock. I feel it is crazy for that good calf; they would kill you for it at the minute.”

They pocketed €8,200 and €6,000 for two different heifers – sisters – at Ballybofey & Stranorlar Co-op Livestock Mart Ltd on the same day last year, with one exceeding €8,000, their highest price so far.

“I like a couple of weekends away. It is an annual thing; we go down and stay in Ballybofey, and we sell the cattle there the following week.”

“Then we head to Carrick-on-Shannon for the weekend again and sell the rest. So, you look forward to the weekends away.”

“I love showing. I suppose even as my kids are getting older, they love it and want to do the young handler’s class. So, I suppose it is really the kids it is more important to than anything else.”

They manage their grassland in a paddock-based system, giving fresh grass weekly, and said this aspect of management is of significant importance to them.

They attended Balmoral Show this year as an attendee but said on the day a heifer they bred made an appearance.

The embryo came from Sean and Brendan’s herd, and the farmer put it into a cow that gave birth to a heifer calf that made €8,600 at the Donegal sale last year.

Commenting on what they think it takes to become successful in breeding commercial show cattle, they said it is “major” to know genetics and ancestry.

“In my opinion, you have to know your breeding. You cannot just go out to the sale on the day and think I am going to buy this good heifer, and she is going to breed good cattle for me; it just does not work that way.”

“You have to look into the breeding and the back breeding.” 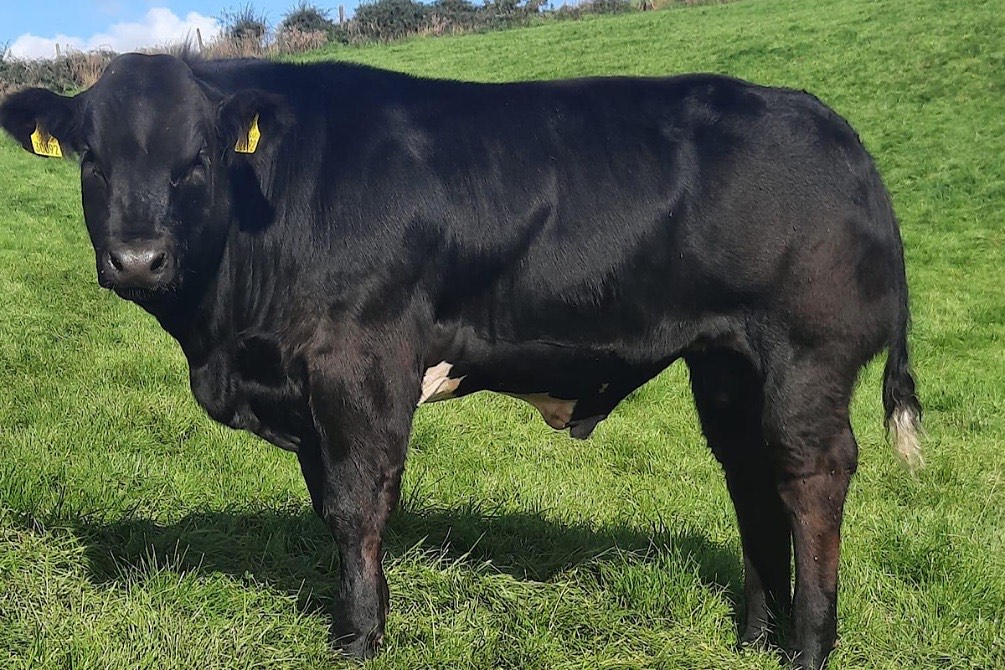 They intend to construct another shed, continue current farming operations, and retain their first heifer in a few years to have more of their own breeding available in the herd.

“It would be nice to be recognised as one of the top show breeders in the country.”

“I reckon in years to come; the government will have to pay you to keep a suckler cow. They are running out, and there are not too many good cattle in the country.”