That's FarmingThat\'s Farming Irelands Largest Farming News, Properties and Classifieds Network
HomeDairy‘You have to make time for yourself and your family – 75-cow... 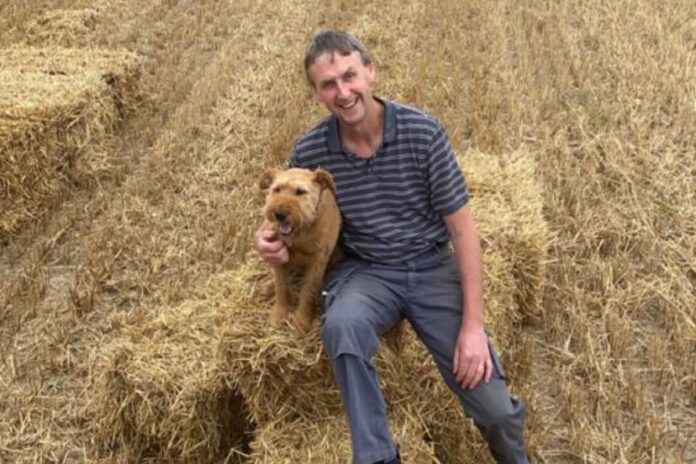 Hailing from the green hills of Corduff, in County Monaghan, dairy farmer, Paul McEnaney, took time out of his busy schedule to discuss how he started in dairy farming at a young age with freelancer writer, Clodagh Hughes on behalf of That’s Farming.

He described his journey of building up his herd and acquiring more land over the years and bringing up a family of five together with his wife, Theresa.

He also outlines his plans for the future of his farm and remarks on how “joining the local discussion group was the best decision I ever made”.

Although Paul grew up on the home farm, it was very different back then from what it is now.

He explains: “My father would have been more interested in machinery. There would not have been much milking going on”.

At the young age of 16, while still attending the local secondary school, Paul found he had an interest in the dairy side of farming and with just “a few cows”, he started what would become his life’s vocation.

Starting with 15 cows, Paul now milks a herd of 75 cows at present, with plans to increase to 80/85 in the future.

Asked about his preferred type of milking cow, he describes her as “a British Friesian type cow with a black body and not too tall”.

He continues: “She has to have a good square back on her, good feet and is easily maintained. In a nutshell, low maintenance”.

On the subject of having good feet, Paul explains why it is important to him: “Because my land is fragmented, there is a lot of road walking to get the herd in for milking at times.”

“So, it is very important that the cows have good feet under them”.

The downside of having to move his cows over a public road is that Paul’s farm is located very close to the local community centre in Corduff.

He says: “There are times the road can be very busy if there is football on or a social event.”

“Trying to negotiate the road can be tricky at times,” he adds.

He goes on to say: “You get the odd person who can be put out, but equally, there are those who cannot do enough for you”.

One upside of road walking is that Paul’s cows rarely need any hoof trimming.

Paul owns 70-acres situated around the farmyard and rents a further 45-acres, which are located up the road from him.

Although it is not ideal, he comments on how “it is still within walking distance for cows”.

And in this day and age, with land at a premium all over the country, he realises how valuable it is to him. 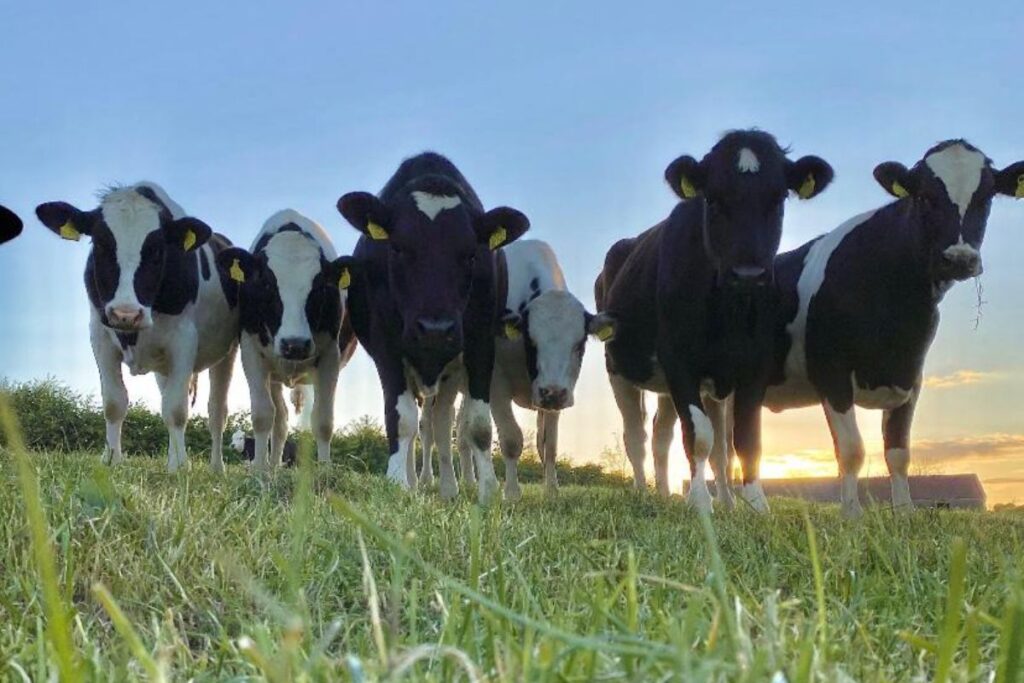 Over the years, Paul has spent time, energy and money on improving his land.

Elaborating on this, he explains: “Throughout the eighties and nineties, all the land had to be dug up and drained due to the boggy nature of it”.

“I had to remove some ditches as well. It was not straightforward”.

Speaking on plans for his land in the future, Paul intends to re-seed some pasture and applying lime on all his ground is top of the list.

As he says himself: “If the lime levels are not correct, you are wasting your time putting out fertiliser, especially with the price of it.”

Interestingly, although he does spread his own fertiliser and slurry on second-cut silage ground, he is quick to acknowledge the advantages of getting in a local agricultural contractor to help with the bigger grassland management jobs on the farm.

He says:  “I can see the benefit of getting in the professionals; they have the right machinery, they come in, do the job and are gone”.

On his dairy farm, he operates a spring calving system. He starts calving at the beginning of February and has maintained a 6-week calving rate of approximately 80% over the last few years.

He aims to have all his cows calved by April and, weather permitting, the earliest calved will be out on grass part-time in February, with the whole herd out by March 17th.

“Grass is your cheapest feed. I aim to have as short a winter housing period as I can,” he remarks. 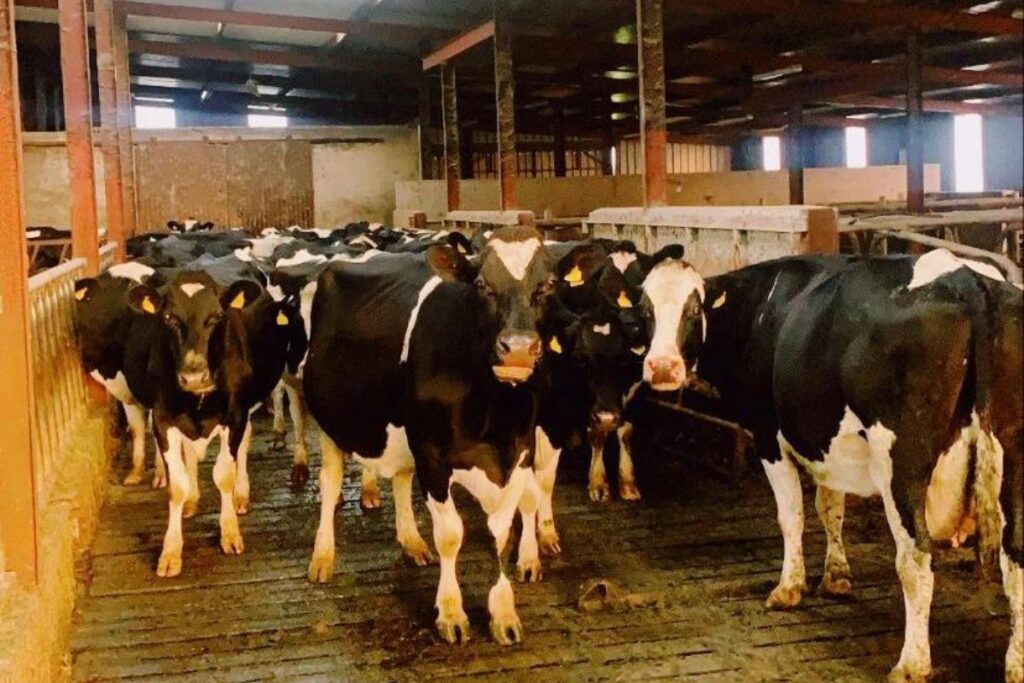 A new initiative Paul has been trialling over the last two years is taking part in contract rearing with another local farmer.

He transports his calves to this farmer in the springtime, and they stay here until they are ready to come back to the home farm to be put in-calf.

Paul states: “I am very happy with how it is working out. And it frees up grass for the milking herd on the land at home.”

When asked about his breeding programme, Paul explains that he predominantly uses Artificial Insemination (AI) in his herd.

He chooses bull semen from Progressive Genetics, and looks for between 280 and 300 on the Economic Breeding Index (EBI) with good milk solids.

“That is what you get paid for from the creamery. Good milk solids primarily; milk proteins and fat content.”

Furthermore, a bull dominates the pastures for 6 weeks to cover repeats. Paul goes on to say: “Last year was the first year I synchronised my heifers, and I was very happy with the results at scanning.”

He is strict with his culling of cows with high cell counts and cows with low EBIs. 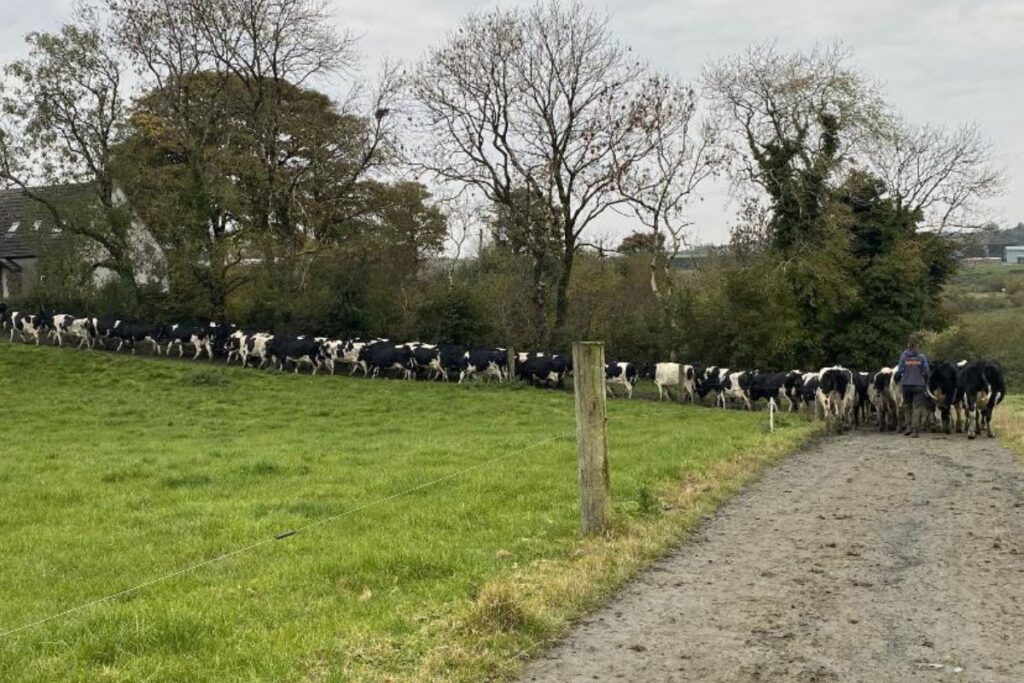 A quick word on quotas

Asked how the lifting of milk quotas in 2015 impacted him, Paul replies, “It opened the gates for me to expand”.

“In the past, I was restricted by the existing quotas on how much milk I could produce.”

“Whereas, with the lift in 2015, I could increase my herd and produce more milk without any penalties.”

Although he farms mostly on his own, Paul admits, “I could not do it without the help of my family”.

His wife, Theresa, has been a constant partner in the business, and each of their five children, Laura, Kellie, Conor, Shauna and Rachel, all help out when they are not too busy with their respective college courses, schooling or hectic social lives.

Like most Irish family farms, an extra pair of hands is always appreciated, “especially during the summer at milking time”.

Paul points out, “With having to move cows over the road, I definitely need help with that”.

Interestingly, he reflects by remarking, “I have gotten to know the value of getting a good work-life balance”. “You have to make time for yourself and your family.”

Now that we are well into the winter months, Paul describes his winter housing set-up, “my cows are all housed in a slatted shed with cubicles that are spread with lime once or twice a day as calving time approaches”.

He feeds pit silage which he harvests off his own land during the summer. “I also test my silage for Dry Matter (DM) quality,” he adds.

“I calve down in straw-bedded sheds and I do not skimp on the straw”, he says.

Continuing on this topic, Paul says, “In my opinion, the key to giving a calf the best start in life is applying the 1, 2, 3 rule”.

He clarifies, “This means getting the first milk into the calf, in the first 2 hours at a quantity of 3 litres”.

It takes him approximately 2 hours to milk his herd, and this includes collecting the cows in from the fields to the clean down at the end.

Milk recording is carried out four times a year on Paul’s farm. It is collected and tested off-site by a registered professional, and this helps him to keep the quality of his milk in check.

Paul concludes by imparting his motto, “I like to keep things on my dairy farm as simple as I can”.

“You have enough to be doing without complicating matters any further,” he laughs.