That's FarmingThat\'s Farming Irelands Largest Farming News, Properties and Classifieds Network
HomeEditor's Picks‘Rates are insufficient, but we cannot ask for more because it is... 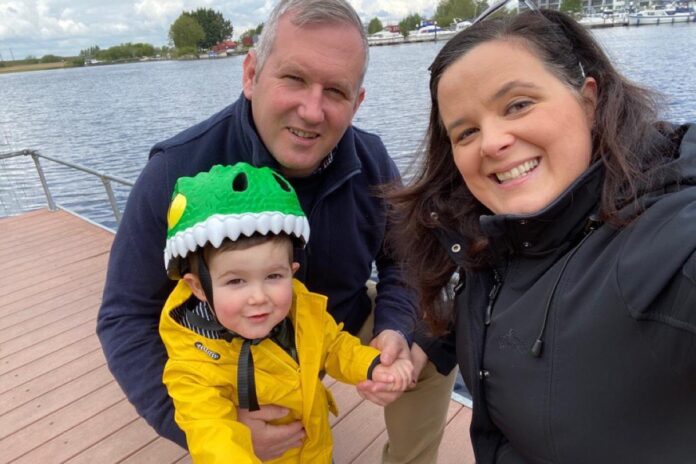 ‘Rates are insufficient, but we cannot ask for more because it is not there for the farmer’ – ag contractor

As part of this week’s Ag Contractor of the Week segment, That’s Farming profiles, Michael Dunning from M&J Dunning Agri Contractors. He discusses the firm’s journey working for three generations of clients, gaining business through the opening of livestock marts, growing output from 7,000 to 20,000, bales, and the future of Irish agricultural contracting.

Remaining in business for 70 years against the backdrop of ever-changing and ever-evolving times is no easy feat, and one family who can resonate with that is the Dunning family from between Athlone and Roscommon operate.

The family established the business when Michael Dunnings’s uncle, John, took up an offer during his career as a mechanic to buy a Massey Ferguson TVO tractor and Howard rotavator.

He began rotovating fields, including a local vegetable garden before later investing in a Massey Ferguson finger bar mower, charging a pound an acre at one pound an hour mowing meadows.

At that time, around 1952, “very few” agricultural contracting firms were in operation.

According to Michael, many people chose horses and ponies for their farm work, but a “demand” for machinery helped to expand the firm’s customer base.

John and Pat established the business with one tractor and later added a second one to their fleet.

His uncle, John, took a step back from daily operations in the late 1960s and Michael and John junior joined the business at seventeen as teenagers.

“We also run a suckler-to-beef farm. In 1998, my brother John and I went to Mountbellew Agricultural College to complete our Green Cert.”

The business has over 150 clients and offers various agricultural services.

He noted the introduction of Low Emission Slurry Spreading (LESS) attracted customers and even this year with rising fertiliser costs, with the firm emptying up to 40 tanks annually.

The amount of spraying they undertake varies, as the brothers put it – “weeks pass by when they spray fields morning and evening”. “They also offer some fertiliser spreading in the business.

Undersowing clover is their latest service, which grew from rising fertiliser costs and a discussion with their local Teagasc advisory team.

Whelan’s Garage in Loughrea maintains tractors, with the business carrying out some repairs, aiming to invest in a new tractor every two years and a sprayer every two years.

An essential chapter in the business journey was bringing cattle to fairs and later to marts in Moate, Ballinasloe, and Ballymahon when they opened around 1952.

Their father invested in a Diskin bodybuilders cattle trailer in Athlone to haul cattle to local marts.

“Most farmers we work for get us to haul cattle, sell if possible and secure the best price knowing we are in marts most weeks and have a fair idea of the valuation of cattle.”

“We have had customers since the 1950s who never left us. We are very focused on time; we do not like being late.”

“We know we are providing farmers with an important service to get the crop harvested at the right time to make the farm profitable.”

“I would like to thank customers for their support. In some situations, in the business, we have third-generation customers where we would not work for their father but for their grandfather.”

Challenges they face include rising farm machinery and fuel prices.

The brothers intend to get “better before bigger”, with three children between them interested in machinery.

“I would say the future of Irish agricultural contracting is bright enough other than rising machinery costs is a worry because machinery prices are gone out of control.”

“When there are fewer full-time farmers, there are going to rely more on an agricultural contractor to do their more specialised work.”

“With rising machinery costs, I do not envision many farmers will start buying machinery for their use. Instead, they will look for a more specialised agricultural contractor to do that work.”

“In my view, agricultural contractor rates are insufficient. However, we cannot ask for much more because it is not there for the farmer either.”

“So, we need to make it work so that all of us can get a few bob out of it,” the agricultural contractor concluded.

- Advertisement -
Previous article
High clearance rates ‘an indication of excellent’ cattle trade at Kilkenny
Next article
Prices to €5,250 at Brennan’s sale in lightning trade at Balla