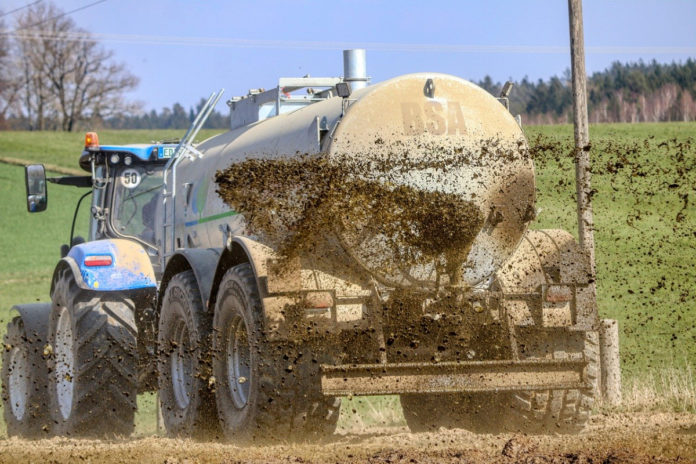 ‘Slurry gas kills; it is as simple as that’

The HSENI (Health and Safety Executive) has warned that slurry season brings renewed risks to farmers.

It has appealed to farmers to take care when working with slurry.

The closed period for spreading slurry will come to an end in Northern Ireland at midnight on January 31st, 2022.

These include methane, carbon monoxide, ammonia, and the extremely poisonous gas, hydrogen sulphide.

A HSENI spokesperson said: “Even a low concentration of hydrogen sulphide can knock out your sense of smell, so you won’t even know it’s there.”

Stop, think and plan ahead

“It is that time of year again when our farmers start to prepare to empty their slurry tanks, some of which have filled up completely over the winter months.”

“Before starting any job on the farm, including slurry mixing, take time to stop, think and safely plan the work ahead.”
“Keep children and animals far away during the slurry mixing process, ventilate the area and mix on a windy day where possible.”

“Always remove livestock from the shed before starting to mix.  Stay out of the building for at least 30 minutes after the mixing starts and every time you move the pump or change the direction of mixing.”

“Sadly, in 2021, HSENI recorded one fatality involving slurry gas. However, there are countless near misses every year where farmers, employees or family members are gassed.”

The advice to farmers is to follow the slurry mixing code:

The safety watchdog advises farmers and agricultural contractors to always: