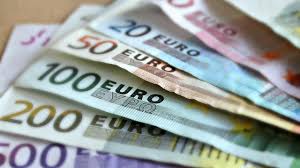 Minister Hackett announces that EIP payments for 2020 have begun

Minister Hackett announces that EIP payments for 2020 have begun

The Minister of State in the Department of Agriculture, Food and the Marine, Senator Pippa Hackett, today announced the commencement of payments by her Department to farmers under the Hen Harrier Programme, Pearl Mussel Programme and other EIP Projects.  The European Innovative Partnership Initiative is a scheme under the Department’s 2014-2020 Rural Development Programme.

Twenty three of these locally-led, results-based schemes are funded by the Department, and have been very successful including  flagship schemes such as the Hen Harrier Programme, and the Pearl Mussel Programme.

The Hen Harrier Project has seen the number of participants in their programme increase from 629 in year 1 to nearly 1,600 by the summer of 2020.  These farmers manage 37,000 hectares of land representing over 65% of the total agricultural area of the SPA network for hen harriers.   Monitoring of Hen Harriers suggests that the breeding population in the SPAs appears to be stabilising after many years of decline.

The Minister Hackett commented that, “this is an invaluable scheme for one of our most important native species. It is delivering real results in terms of bird numbers and we are very proud to be supporting this scheme.”

Payment claims are now being received by the Department and habitat payments of approximately €4 million will soon be made to farmers for the 2020 scheme year.

Payment to the Pearl Mussel Project participants will also commence shortly and it is expected that €1.2 million will be paid to 454 participants by the end of the year.

Minister Hackett said, “I’m delighted that numbers in the programme have increased so much this year and it is a great achievement by the project team that 84% of the farmers in the eight pearl mussel catchments are now participants and are being paid according to the nature value of their farms. These payments are an important recognition of the environmental benefits our farmers provide to wider society.”

There has also been a marked increase in scores on participating lands in the Programme which indicates an increase in water quality and habitat conditions for the freshwater pearl mussel. Farmers have achieved these higher scores by completing supporting actions and improving land management in these sensitive areas. Farmers are rewarded for these improvements through higher annual payments from the programme.

Payments of approx. €780,000 to smaller EIP Projects will also be made over the coming weeks.  For example, Caoimhnu Arann, the Duncannon Blue Flag Farming and Communities Scheme and Sustainable Agriculture in the MacGillycuddy Reeks are some of the EIP Projects which will be making payments to their participants soon. These payments will cover both habitat and capital works elements.

The Minister stated, “We are constantly learning from these projects and the lessons are helping my Department to design a new results-based farming model for the next CAP round.  These projects are helping to build a sustainable agricultural system that respects the environment and is responsive and effective.”

The habitat payment is the first of three payments streams under which the participants can benefit.  Other payments are made throughout the year.

The programme is targeted specifically at farmers with designated land and should provide interested farmers in the eight SPA pearl mussel catchments with an important additional income stream. The catchments included in the Pearl Mussel Programme are:  Blackwater, Caragh and Currane in County Kerry, Ownagappul in County Cork, Bundorragha in County Mayo, Dawros and Owenriff in County Galway and Glaskeelan in Co. Donegal.

The programme is a collaborative effort and the Pearl Mussel Team are supported by an extensive team of hydrologists, ecologists, fieldworkers and farm advisors who support the roll-out of the programme on the ground.  DAFM, with the National Parks and Wildlife Service of the Department of Culture, Heritage and the Gaeltacht, EPA, Teagasc, LAWSAT and other experts help guide and support the project.

Other EIP Programmes: There are 21 other EIP programmes running at the moment covering a wide range of activities including, biodiversity, water quality, sheep genetics, organics, upland peat management, bio-energy, farming in an archaeological landscape, pollinators, soils and flood prevention.

A link to the EIP-Agri booklet giving details of all the projects is available at gov.ie – Report on EIP-AGRI Ireland’s Operational Groups 2019 (www.gov.ie)

Burren Programme: The Burren Programme is a locally-led agri-environmental scheme, co-financed by the Department of Agriculture, Food and the Marine and the EU, which works with farmers to help them to conserve the Burren’s environment whilst allowing them to continue producing quality livestock. It was developed in the Burren, for the Burren, by working with local farmers during BurrenLIFE and the Burren Farming for Conservation Programme.