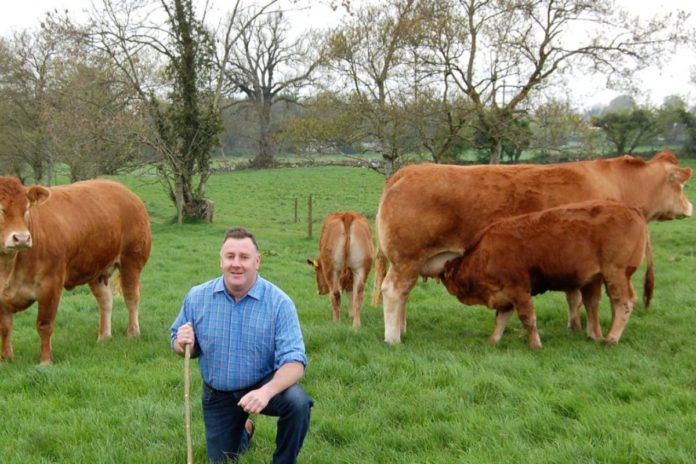 As part of this week’s Suckler Focus, That’s Farming speaks to William Smith of Milbrook Limousins, about his association with a world record price holding heifer, and involvement with the Irish Limousin Cattle Society.

William Smith’s name is synonymous with Limousin cattle, with his most recent successes coming in the form of a connection with a heifer that set a new world record price and performance at the Irish premier Limousin sale in Elphin on March 13th.

In January 2021, Wilodge Poshspice set a new record-breaking price for the Limousin breed when she changed hands for 250,000gns at England’s Borderway Mart.

Milbrook Priority Et, a son of Lodge Hamlet and Milbrook Ester (a Sympa daughter), made €5,000 at the first Irish Limousin Cattle Society sale of 2021 and Milbrook Promoter, a son of Mereside Godolphin and Milbrook Lepetal, sold for €7,200 in Elphin.

William has been suckler farming all his life, and established the Milbrook herd in 1985; he was involved in dairying up until 2001.

“We had a tradition of breeding pedigree cattle on this farm. My father, late, John, bred pedigree Herefords in the early 1950s up until the late 1980s and was also one of the original importers of Simmentals in 1970s.” William of Millbrook Limousins told That’s Farming.

“Both herd names were Milbrook as well. At the age of 20, I wanted to get a pedigree herd of my own.”

The Meath native felt Limousin cattle were a perfect addition for his farm, as “a great suckler cow”.

“Limousin breed well; they have great traits, are easy calved, very maternal and have great beef traits; they are still known as the carcass breed.”

“It looked like there was going to be a good future in them as the breed was starting to make headway across the waters in the British Isles, coming into Ireland in the late 1970s. I was aware of the breed, and my father’s very good friend, William Mulligan, was one of the original exporters of the breed into Northern Ireland.” 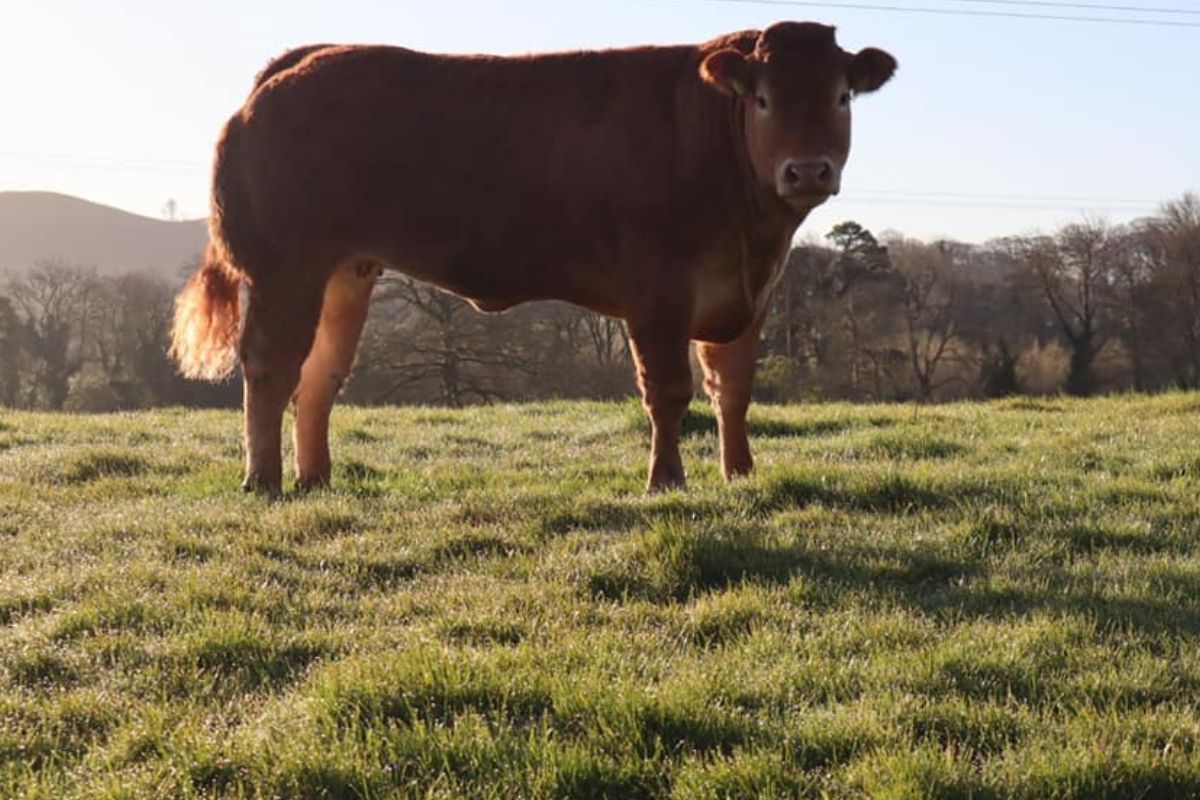 This pedigree farmer predominately deploys AI on his farm using French genetics, and calving takes place from September to April.

William undertakes embryo transfer work in his herd, flushing some of his pedigree cows.

“I usually rear around 25-30 Belgian Blue-cross heifer calves every year and use some of those to carry the embryos. I usually flush whatever cows I choose twice and put them back in-calf.”

“So, I might flush them twice every 18-months, then they calf down and go again. I would not be flushing the same cows continuously.”

“The problem with flushing is, it is a very hit and miss game. Sometimes you flush, and you get nothing in the flush; then you can also get great successes with it. Flushing is the way forward for better genetics.”

“Currently, I am retaining most heifer calves, as I am in a rebuilding process at the moment. In terms of bull calves, I am selling all of them as young bulls, usually 15-18 months.” the owner of Millbrook Limousins added.

Occasionally, William sells embryos, as alluded to earlier. He has sold some from Milbrook Gingerspice to English breeders, the Grahams and Wilodge herds. Currently, William has sisters of the aforementioned Wilodge Poshspice still on his farm.

The Limousin breeder was re-elected to the Irish Limousin Cattle Society council in November. Previously, from 2000-2009, William was a member of its council, holding the position of vice-president for three years and president for two years.

This year marks the 50th anniversary of the breed in Ireland and the society intends to celebrate this with several activities in 2022.

“Due to family commitments, I left it in 2009, but I always said I would like to go back to the council at some stage. I was re-elected this year, and I am looking forward to working with the very progressive society.”

“We just hired a new secretary for the breed, Ronan Murphy. We are looking forward to working with him. He comes from a high business background, being very involved in genetics as well. So, we are hoping he is going to bring the breed forward and have a look at the data being presented to us.”

“Myself as a breeder, I acknowledge that we have been scoring and weighing Limousin cattle since the early 1990s. I feel sad that ICBF has not delivered to us as breeders. In the top ten bulls in terminal or replacement index, there are very few Irish bulls. After six or seven generations, that is very disappointing as a breeder.”

“They are continually changing the system; this has not helped. They have to look at why the system has not delivered. My opinion is cattle today are no better than they were 20 years ago.”

“As a society, we do intend to push the maternal index system of maternal bulls coming from France a little bit more for the next couple of years to bring a bit more milk back into the system.”

William believes the Irish Limousin Cattle Society is innovative in its attempt to secure bulls suitable for dairy herds.

“We have introduced a short gestation programme. Furthermore, we will be identifying bulls of short gestation and of calving ease, suitable for dairy herds. We are working with AI companies on this at the moment; Dovea Genetics has taken in two bulls, NCBC has taken in one as well.”

“We are looking to push this for the next few years to be able to deliver a product that the dairy farmer can use with confidence,”

“There several Irish Limousin Cattle Society sales coming in Athenry on April 13th, and the Roscrea sale on May 1st, for suckler or dairy farmers to purchase good quality Limousin bulls, with fertility guarantees. The society also offers a finance scheme.” William of Millbrook Limousins concluded.