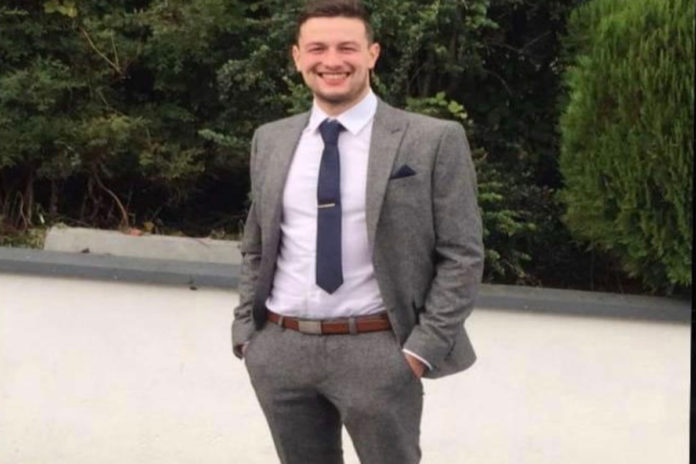 The introduction of robotics to Leon Brennan’s farm has made a huge difference in the way he runs his business.

The farm originally had a 6-unit parlour, which was added to throughout the years until it eventually became an 8-unit double-up.

At that stage, the parlour was 40 or 50-years-old and needed an upgrade, so the Castlecomer farmers decided robotics was the way forward for them.

Leon told That’s Farming that the main advantage of the robot was the amount of information it has provided them with.

“With the old parlour, there was no milk recording or anything, so we didn’t know what we had really.”

“There were cows that look like great cows, but then when you see all the figures, they might not be a good cow at all.”

The transition to robotics was not seamless, however, as the cows are still getting used to the new ABC system.

“They’re coming in in the morning and again in the evening, but it’s the B block is where it’s hard. They should start travelling back to the robot at around 11 or 12 at night, but there are only a few of them starting to do it.”

There currently milk 60 cows that are predominantly British Friesian, but Leon has 6 purebred Jersey cows also, “as a hobby” he described it.

“I like the Jersey, but my father doesn’t. They’re nice looking and they have a good temperament.”

“I probably would get a few more Jerseys but I wouldn’t go all out because it’s hard to get rid of the bull calves. We used all sexed semen last year, so we haven’t had any bull calves yet, thankfully.”

Sexed semen has been used not only on the Jerseys, but on the main herd too. Leon said that he selects the best cows for sexed semen, while the ones that are “good enough to keep but not good enough to breed off” are given continental beef sires.

The beef sires include Aberdeen Angus, Belgian Blue and this year he decided to try a few Speckled Parks.

“The local AI man said they were similar to Belgian Blue in their shape and their size. I never had them before but they’re a big calf and a smashing looking calf.”

Heat detection on the robot has made life easier this breeding season for the Brennans. Last year, before the robot was installed, they had some trouble with breeding as 10 cows didn’t go in-calf.

Now with the technology and information on each cow available to them, the breeding season could not be much simpler. Previously, much of the day was spent checking cows for signs of heat, whereas now he only has to dedicate a few minutes every day.

“Now my routine is I get up around 7 and go out and check the robot, change the filter, and then I go check the heats in the cows. Anything bulling that goes through the robot is put out to a separation area or isolation pen. The AI technician then comes around 8 and inseminates them.”

The key driver behind this year’s breeding season and future breeding strategy is producing top-performing animals that will suit the new system and create self-sufficiency from their land.

“What I would like to do is have around 70 good cows. We have 65 hectares and another 9 hectares rented but we wouldn’t have great land, there would be a lot of heavy soil and rushes.”

“What I’m trying to do is let cows run on and not be intensive. I want to try to get the farm working off its own back and reduce the cost of production.”

Now in the 7th year since he came home farming full-time, having previously been a mechanic, the 32-year-old has made many positive changes over the last couple of years. These changes have not only changed how the farm works, but also how he can live his life.

“I was so used to the 9-5 with mechanics but now, with the robot, I’m out by choice really. Usually, you would have to stop everything you’re doing to go get the cows, but now the cows do their own thing.”

“If you want to work hard you can work hard and if you want to have a day off you can. You’re your own boss and I enjoy that lifestyle.” he concluded.