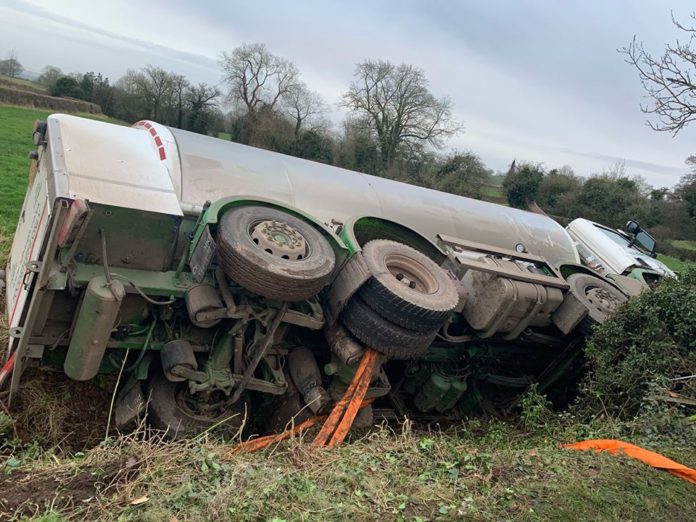 A road was forced to close to traffic yesterday afternoon (Wednesday, January 8th) after a milk tanker overturned.

The incident occurred between Milwich and Coton in Staffordshire at approximately 3:30pm. No injuries were reported.

In a statement, a spokesperson for East Staffordshire Police, said: “We are currently in attendance at a collision on the B5027, Coton near to Milwich, Stafford.”

“The road is likely to be closed for up to four hours whilst recovery work takes place, so please find alternate routes.”

In a further update, which was posted shortly after 5pm, the spokesperson said: “Recovery specialists are working hard to get the vehicle recovered and the road open ASAP.”

A spokesperson for Staffordshire Police later confirmed that the route re-opened to traffic at approximately 7 pm.

- Advertisement -
Previous articleDangers of ASF to be highlighted on Ear to the Ground
Next articleVIDEO: Dog saves sheep flock from Australian wildfires