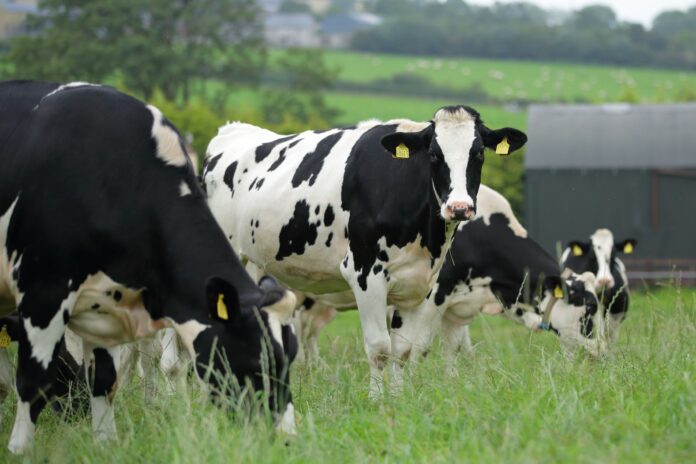 Come later in the year, Northern Ireland could endure a milk scarcity because farmers can no longer keep up with the “skyrocketing” costs of producing high-quality milk.

The Ulster Farmers’ Union (UFU) has warned that this could be the case if the price of milk and all dairy products in stores do not rise correspondingly.

It has stated that dairy farmers are unable to cover their expenses as production costs are “rising like never before”.

Therefore, it believes those further up the supply chain need to alleviate extra expenditure to prevent putting milk supply at risk.

The farm group conducted an analysis of the retail price of liquid milk.

Last month, the average base milk at the farmgate increased by a mere 1.75p.

Meanwhile, it says NI fertiliser prices are “at the top end of the global scale” with over 300% inflation.

As Arla reported, the price of liquid milk in shops (up to 2022) is 7% lower than what it was ten years ago. This is despite the “thriving” dairy market.

“Retailers and processors need to be supporting farmers so they can receive a fair return from the booming dairy market, which will help significantly in managing the extra expense they are currently enduring.”

“If they cannot cover the basics, how can they be expected to continue running a farm business that is supposed to support a family and home?”

“When dairy products are doing well in the market with prices rising, you would normally see an increase in the amount of milk being produced off the back of it as farmers want to take advantage of improved returns. However, the eyewatering productions costs are having the opposite effect.”

He stated that, on average, 60% of direct costs on a dairy farm are attributed to feed, fuel, and fertiliser.

“It’s long been the UFU’s position that the dairy farmer’s struggle is largely due to the way milk is priced.”

“Farmers’ extra production costs need to be alleviated by those further up the supply chain.”

“Otherwise, there is every likelihood that dairy farmers will reduce output in response to unsustainable input costs,” said Mr Gordon.

He said what is “even more” worrying is that the dairy sector still feels the full impact of cost increases.

“Farmers are struggling to keep their head above water as it is. If things continue like this, their cash flow will be well into the negative in months.”

“We need retailers and processors to get behind our dairy farmers and help protect local milk production here in NI, so they can continue producing to meet consumer demand,” he concluded.