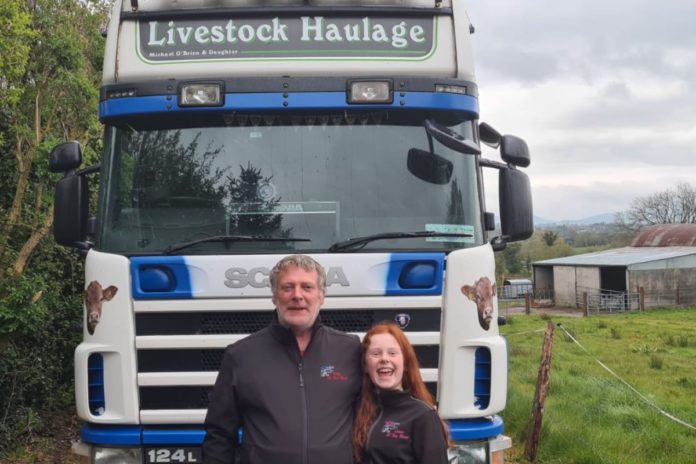 ‘It must be in the genes’ – electrician turned livestock haulier

The Dromcollogher, County Limerick, native, grew up on a beef farm and is backed on the venture by his fiancée and daughter.

“I bought my lorry, and a brand-new body commissioned to suit my requirement for the lorry and have been working in the business for nearly three years,” Michael O’Brien, who studied a livestock handling course at Kildalton Agricultural College, told That’s Farming.

“I enjoy driving the lorry; there is a lot of competition in the trade, but so far, it is working out ok. With God’s help, the lorry will be busy enough that I will continue down this route. I am enjoying it, and I missed being in touch with farming.”

In 2019, Michael established Michael O’ Brien Livestock Haulage, acquiring a Scania 420 lorry in Northern Ireland and investing in a 27ft custom-made trailer body. The lorry can transport eighty sheep and up to eighteen factory-fit cattle.

“Lorries and double-decker trailers have become bigger; there is more competition, but there is an opening for the smaller lorry. There is a full 23ft turntable drag trailer been built for the longer journeys.”

“The Scania lorry is fitted with internal and external live feed cameras. It is for the welfare of animals that nothing happens when they are in transit. Animal health and welfare are of the utmost importance; it is non-negotiable.” 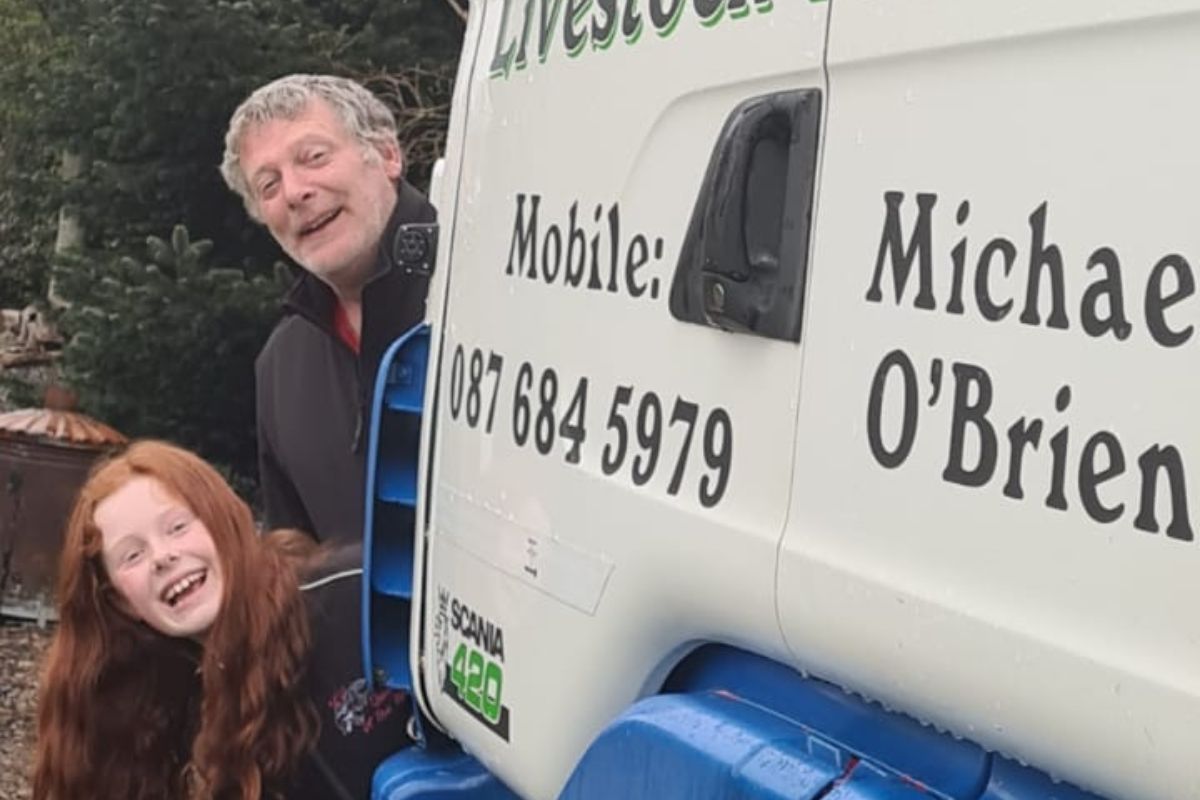 Furthermore, Michael specialises in the transportation of cattle, calves and sheep, covering Limerick and Tipperary, primarily transporting factory-fit cattle to livestock marts. These marts include Nenagh, Roscrea, Newport, and Ennis and others throughout the Munster area.

Likewise, he works for various agents and travels to factories within the Republic of Ireland.

“As a result of the Covid-19 pandemic, the rules in the factories have changed. In some of the factories, you do not leave your vehicle, and the factory staff will do the unloading to minimise the spread of Covid-19 from handling and close contacts.”

“We have to be careful and mindful of handwashing and wear the protective facemasks.”

Additionally, he drew attention to the Covid-19 pandemic’s impact on the agricultural sector and the rise of virtual mart sales.

“People like to go to the mart and see cattle in a ring. While it has been possible to buy cattle online, it is not the same by a long shot.”

“Pre-Covid, you would find it easier to get a backload out of the marts, but now the people are not there, or they do not know you are there as the agents are buying online.”

“As the haulier, we are doing everything, and the farmer is giving you the animals he/she wants grouping in twos or threes. There is more work for the haulier because the farmer cannot enter the mart. While it is not an issue, it does add additional time to the job.”

“There is also the social side, the interaction with people, and the craic. I see it with the older farmers outside the mart collecting a load at the farm. They miss going to the marts, and they would say they would love to go off in the lorry with you.”

“We need to get back to marts. Hopefully, with the vaccine roll-out, this can happen in the coming months.” 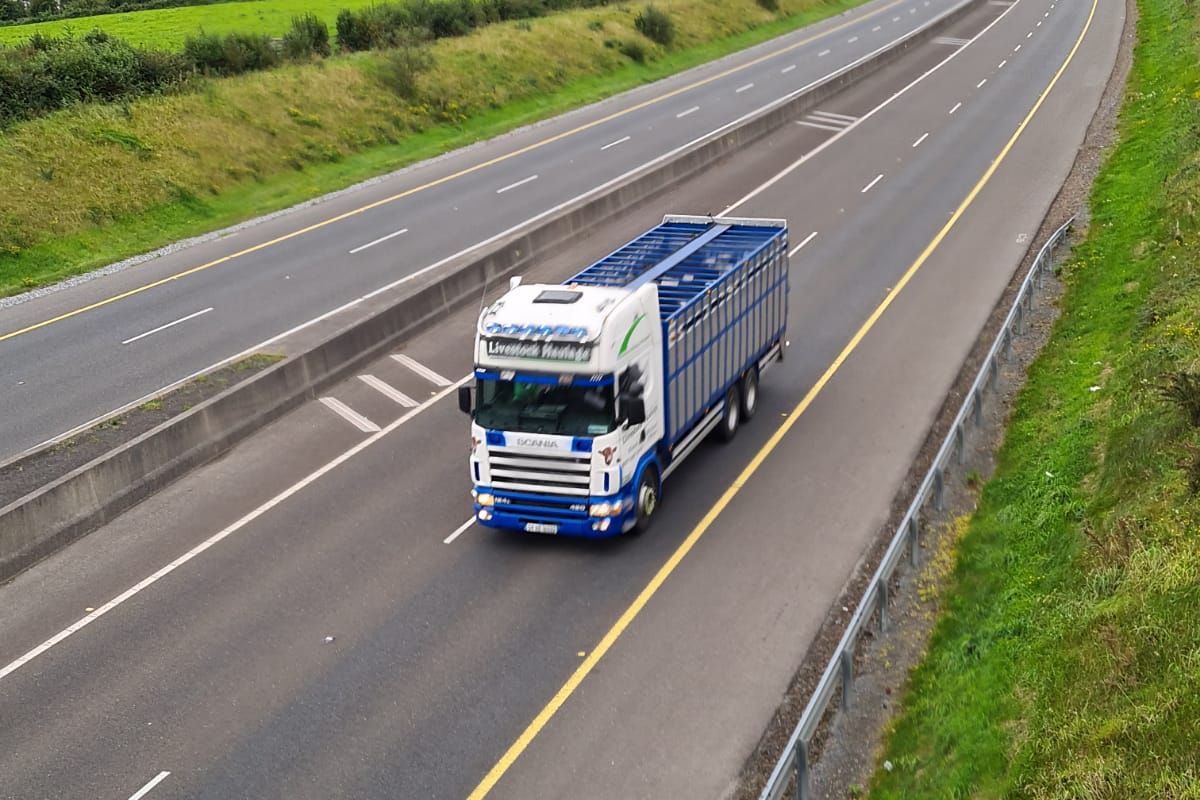 While every journey varies day to day, for Michael, they all begin with an early start and end with his hygiene protocol.

“The lorry never arrives at a farm dirty; that is important for me that we are not spreading any diseases. I disinfect and wash the lorry after each load.”

“Most young folks automatically head to third-level college and do not naturally see haulage as a career path. I think in my case, it must be in the genes.

“Today, there are more part-time farmers. Therefore, we need to work around their schedules, which can result in long days. It is still important to have the downtime and take adequate breaks, especially on the late runs.”

Michael, who offers a competitive rate, is motivated by the motto “we guarantee the welfare of every animal” and “all animals are handled with due care and attention”.

Additionally, he added a piece of advice from his late father “owe nobody nothing as he never owed anybody nothing, he always paid his way.”

“In my father’s time, there was no mobile phone or sometimes no lorry. Instead, the cattle walked to the train in Charleville and were transported onwards to Dublin.” 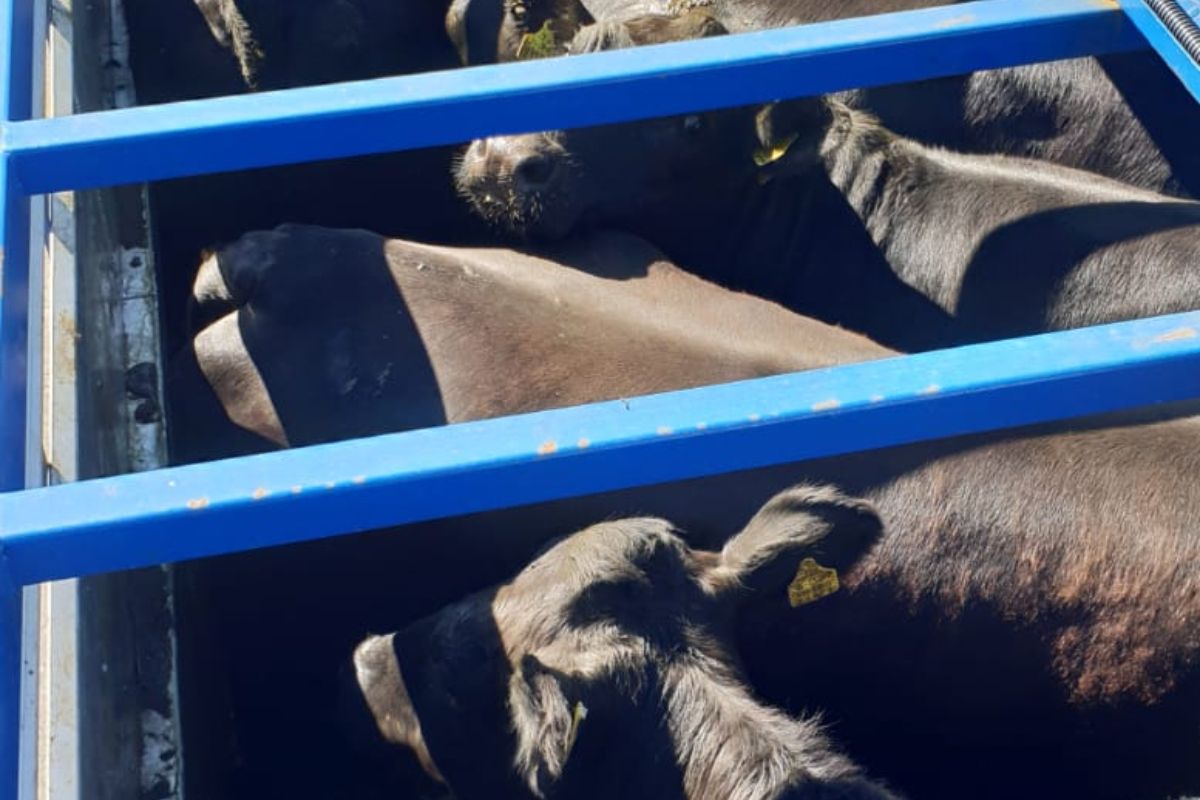 Looking ahead, Michael intends to employ more staff and hopes his daughter, Olivia, will continue to have an interest in the business.

Additionally, he hopes to expand his enterprise to become a factory agent and buy livestock. His sole regret is not becoming a livestock haulier earlier in life as he “absolutely loves it”.

“The enjoyable aspects of the job are an open road and a sunny day, which you cannot beat. I enjoy the variety and meeting the farmers; I get great satisfaction from delivering another safe load. The downside would be the early mornings. Some mornings, we are up at 2:00 am.”

“The future is bright, but the challenge will be for the farmer making a decent price that allows the hauliers to make a decent living. It is important to build your reputation, and it is always good to see repeat business,” the owner of Michael O’Brien Livestock Haulage concluded.

- Advertisement -
Previous article
‘I fell 28 foot, breaking my back at T7 that has left me paralysed from the chest down’
Next article
‘The alternative is to bring in beef from South America’ – TD slams Climate Action Bill