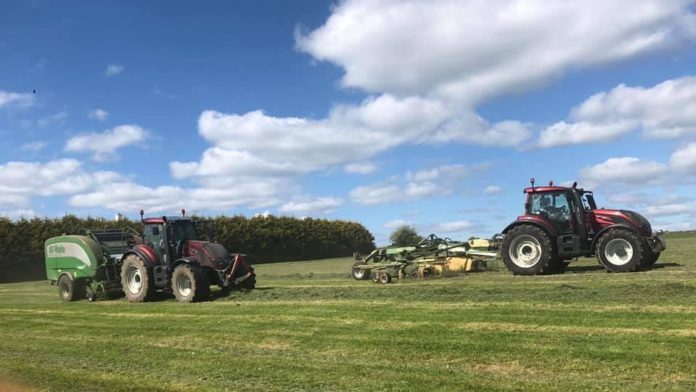 The FCI has called on the government to immediately remove carbon tax from all MGO (green diesel) contractors use for the next five years.

It has outlined that such a move would:

The measure has been deployed to address “spiralling” increases in agricultural diesel prices.

The body said the “grossly insulting” reduction comes at a time when agricultural diesel prices have increased by 75% in three months.

According to the association, a reduction of 2c/L equals a €20 per 1,000-litre price reduction. This is at a time when agricultural diesel prices have almost doubled.

Besides, the body has also expressed over rising AdBlue prices. AdBlue is a solution made up of urea and water that is injected into the machine’s exhaust system before NOx leaves the exhaust.

It stated that the cost of AdBlue has doubled since November 2021 due to scarcity issues with the urea base product.

The association revealed that this has resulted in almost €5 million in fuel-related costs for Irish farm & forestry contractors in that period.

John Hughes, its national chair, said the additional running cost has not been accounted for in any measurement of the sector’s investment in lower emissions.

The body stated its members are “clearly” climate ambitious, as evidenced by the “large” uptake of diesel exhaust fluid (commonly known as AdBlue) in tractors and machines to reduce NOx emissions.

Field practice among FCI fleets shows that one litre of AdBlue is consumed for every 20 litres of MGO used in the tractor engine.

“More than 50% of the tractors in FCI member fleets are now AdBlue compatible. This confirms that the sector consumes more than 10 million litres of AdBlue each year.”

“Urea shortages across the world influenced by the war in Ukraine, where the bulk of urea for Europe is produced, have pushed up the cost of diesel exhaust fluid and endangered supplies,” the FCI concluded.

- Advertisement -
Previous article
Breakdown: Why contractors want 200L of green diesel ring-fenced
Next article
‘Now we can’t even get the supplies we need from the Baltics’