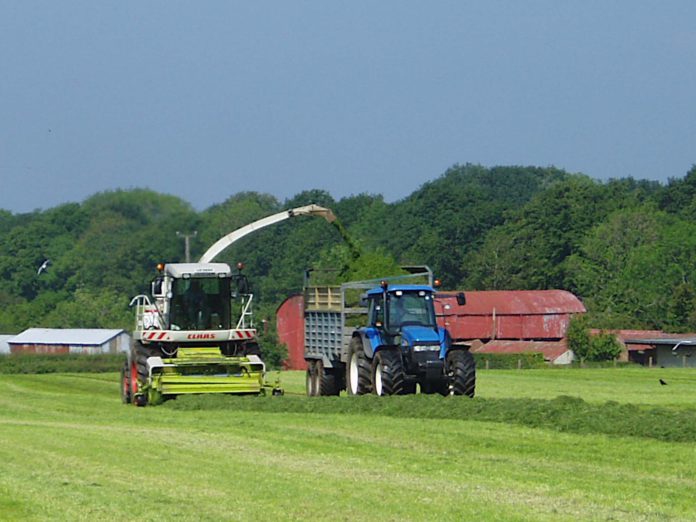 The Association of Farm and Forestry Contractors in Ireland (FCI) has said it “would prefer to see that traditional Irish spirit of ‘Meitheal’ among farmers at this time of high pressure on silage contractors”.

The association has requested support for its call for the “calming down of the current frenzy of silage urgency”.

“The current frenzy to get first cut grass silage harvested, driven by weather-induced delays to the harvesting that are evident on many farms, is unprecedented, by our FCI members,” CEO, Michael Moroney said.

Over the weekend, the FCI issued a statement, estimating that less than 10% of first cut-grass silage crop has been harvested by the last week of May, compared with 90% of the work being completed by the same period in 2020.

“Many silage contractors have not experienced this level of constant pressure from their farmer clients in the past, as understandably each farmers’ priority is their own silage,” he added.

On the back of this year, yesterday (Monday, June 1st, 2021), the FCI issued a brief statement on social media, calling for farmers to develop the Meitheal approach this silage season.

“Where is the community spirit among farmers when the silage pressure is on? Would it be more appropriate for Teagasc to advise farmers in their discussion groups to come together to co-operate in covering silage pits to allow silage contractors to move quickly between farms?”

“Would it be more appropriate to advise farmers to have plastic at the ready for covering pits as well as tyres for covering?”

“At FCI, we would prefer to see that traditional Irish spirit of ‘Meitheal’ among farmers at this time of high pressure on silage contractors rather than barrage of about: Why are you not cutting my silage rather than that of my neighbours?”

The body said it is a time for true spirit, solidarity and co-operation to “shine through in the silage fields” among farmers and contractors.

“It is time to have this Meitheal spirit encouraged, promoted and supported by Teagasc rather than advising farmers about the losses in quality incurred as each day passes, the need to continue to force urgency on silage contractors.”

“The season is late; the machinery to harvest it is in the country. Higher-quality short-rotation silage crops are less of a Teagasc priority than the bulk of roughage so let’s all ease off on the silage contractors.”

“With co-operation, respect and genuine support, the crop can be harvested in the best possible conditions,” the FCI concluded.

- Advertisement -
Previous article‘Agriculture was always seen as a man’s career pathway’ – 30-cow dairy farmer
Next articleWebinar: Getting the most from the second half of the breeding season