That's FarmingThat\'s Farming Irelands Largest Farming News, Properties and Classifieds Network
HomeFarming News'Me and me Ma get on alright, me and me Da argue... 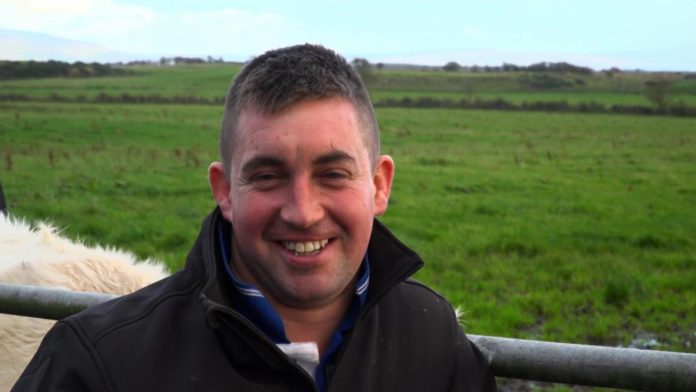 ‘Me and me Ma get on alright, me and me Da argue a bit’

In Bushmills, the Chestnutts are muck spreading and working against the clock as the slurry ban is just days away. David is lamenting that the calendar and not the weather is dictating when the tanks have to be emptied. With dad Victor away to Scotland on UFU business, David’ mum, Carol, is helping out.

David jokes, “Me and me Ma get on alright, me and me Da argue a bit……..me ma puts her foot down, she’s right and I’m always wrong!”

October is time to house pigs for the winter, so, in Crossgar, Robbie Neill is bringing in younger pigs, as he says the older pigs will be fine out all winter.

He says that in welfare terms, it’s better for them to be housed where he can feed them better. As he’s loading them into the trailer, he comments, “You have to talk nicely to them to get them to where you want them to go.”

He also talks about the pigs that are going to slaughter in the next few months and how it’s important to give them the best life possible. “It’s part of farming – it’s what we’re here for,” he says.

Mental health and well-being in farming

Victor Chestnutt is back from Scotland and straight to another UFU event in Ballymena, to hear a talk organised by Rural Support, from a New Zealand farmer, Doug Avery, a motivational speaker, who talks the world over about resilience and mental health and wellbeing in farming.

He points out that “worry is the most wasted human emotion, spend your energy on what you can change, and not what you can’t.” Victor observes that his messages are applicable to any profession, not just farming.

Back in the Belfast Hills, Mark McConnell’s vet, Cahir McAuley, (who has featured previously in Rare Breed) is testing a bull’s fertility. This is one of seven bulls that Mark owns and this particular one was a big purchase from Scotland for Mark, but he hasn’t managed to get any cows in-calf as yet.

Finally in Clogher, Caoimhe and Orlagh McGovern are helping dad Sean measure, weigh and scan two of their best pedigree cattle, Our Boy and Our Girl.

It’s a busy time of year as Orlagh is starting a new college course at Loughrey, after changing her mind about studying at Jordanstown.”Belfast just wasn’t for me” she says. Caoimhe is also preparing for finals at Magee College, but both make sure to be at the farm to help out on their days off.