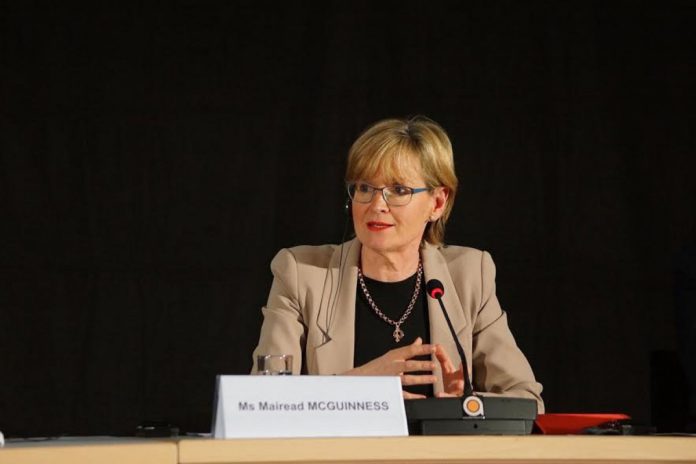 Fine Gael MEP, Mairead McGuinness has been appointed as Ireland’s next European Commissioner, with responsibility for the financial services, financial stability, and capital markets union portfolio.

“Mrs McGuinness has significant political experience on EU issues, having been an MEP since 2004 and currently holding the post of first vice-president of the European Parliament.”

“This experience is crucial in carrying forward the EU’s financial policy agenda,” she added.

Mairead McGuinness MEP and first vice-president of the European Parliament, said she was honoured to be nominated by Taoiseach, Micheál Martin, for the post.

She thanked the Taoiseach Micheál Martin, Tánaiste and leader of her party, Leo Varadkar, and leader of the Green Party, Eamon Ryan, for the expression of confidence in her.

Ahead of her appointment, McGuinness said the role is so “influential in the lives of citizens and businesses across Ireland and the entire EU”.

The trade portfolio has been assigned to former Latvian prime minister, Valdis Dombrovskis, following Phil Hogan’s resignation from the position over his attendance an at Oireachtas Golf Society event in August.