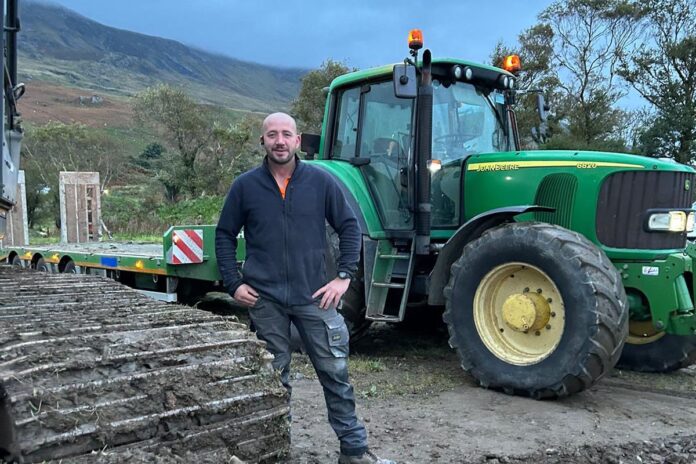 As part of this week’s Ag Contractor of the Week segment, That’s Farming profiles M’O Donnell Plant and Agri Hire, Co Mayo. He discusses travelling overseas, experiencing a recession as a business owner, restabilising his business, serving up to 100 clients in construction and rising prices.

“To be honest, travelling was not for me as I did not like it. I had the digger at home, so between it and the home farm, I found it hard to settle in another country.”

Those are the words of an Irish contractor that returned home after operating a machine in Australia during the crash for a three-month stint.

Following this, he left his job as a mechanic in a local garage to go out as a contractor.

Before this, he left secondary school in his Junior Cert year, undertook a one-year apprenticeship in Cosgraves’ Garage Castlebar and worked from 2001-2006 at Auto Repair Garages in Westport.

In 2009, Michael inherited the family’s 28-acre farm (owned land), which is home to 25 ewes, following his father’s passing. 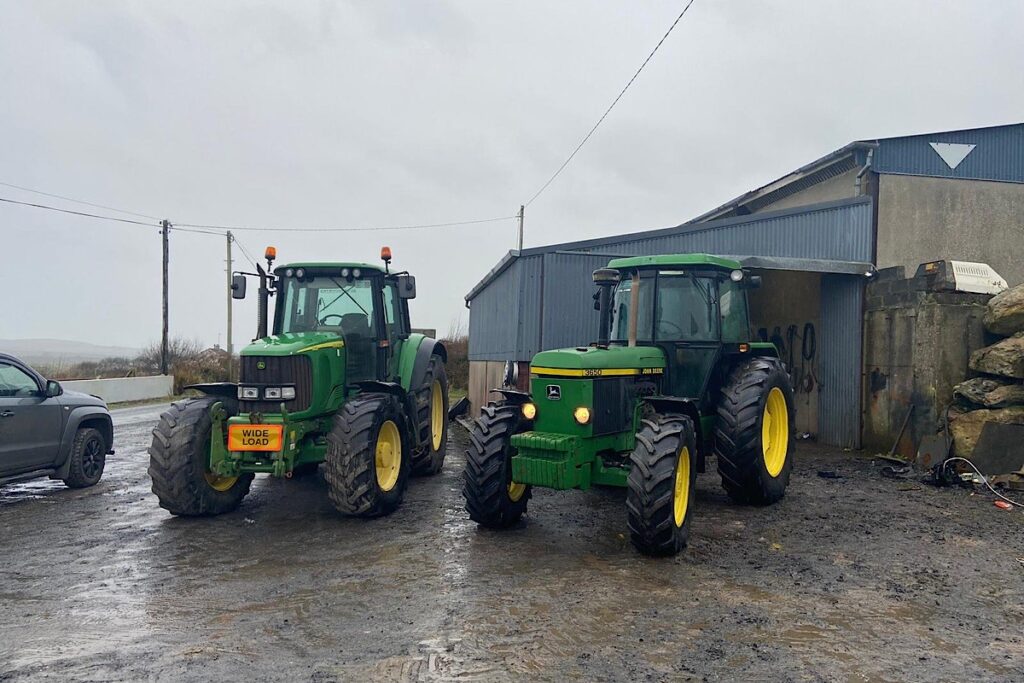 The business employs one full-time operator, subcontracting after this, serving a 10-mile radius of Westport.

“Customer retention is vital, and you have to provide a good service. So, I do all work to a high standard, which got me the work I have.”

“In 2006, I started doing lots of farm work branching into construction, concreting, site work, site clearances, sewerage, drainage, finishing work, lawns, gardens, and kerbs. So, now, I do all that work, and you have to be able to do it all.”

His rota is two months of farm work (drainage), six months on construction sites and additional time with land reclamation using a mulcher and digger.

According to Michael, retaining walls is the latest service.

Concreting and mulching are the busiest, with 20+ big contracts and the same number of small contracts, serving up to 100+ clients.

“To be honest, farmers do not do as much work as they used to because it is not in it anymore for them to do it.”

“It is hard for the farmers to do the work they need to do with the profit margins.”

The business’s tractor fleet includes a John Deere 6820 tractor and a John Deere 3650 (a restoration project).

The business changes its tractor every five years. “I look after all maintenance work with diggers and tractors.”
“I do not get anyone to do anything as I would be very mechanically minded.”

“The apprenticeship did help that I completed; I would not change that. It was a great experience being a mechanic and has saved me lots of money over the years.”

The Mayo native feels the critical element of running a successful construction and agricultural business “is providing 100% good service at the best rate you can”.

“I always do the job as best, fast, and cheaply as I can for customers.”

Michael intends to grow his construction business as “big” as possible but feels he will have to branch into additional counties to pave the way for expansion.

He believes construction has a “good” future, given the current demand for housing.

He explained that “prices are slowing things down, but I am confident things will balance themselves out”.

“I have not a lot of income out of my farm; it is a small farm, and anything it makes goes back into it again. I aim to keep it maintained and right; I get no profit from the farm.”

“To be honest, no young people coming up are doing this work. I am in an age group, and after that, young people look at things differently, go to college and try to get easier jobs.”

“I would not blame them because there are wet days, I wonder what I am at, and I work twice as hard as I should.”

“But, also, there is no young person block laying; the whole trades thing is dying out,” the agricultural contractor concluded.

- Advertisement -
Previous article
Woodchuck Vs. Groundhog: What is the difference?
Next article
Prices to €2,080 in ‘very strong’ trade at Carnew