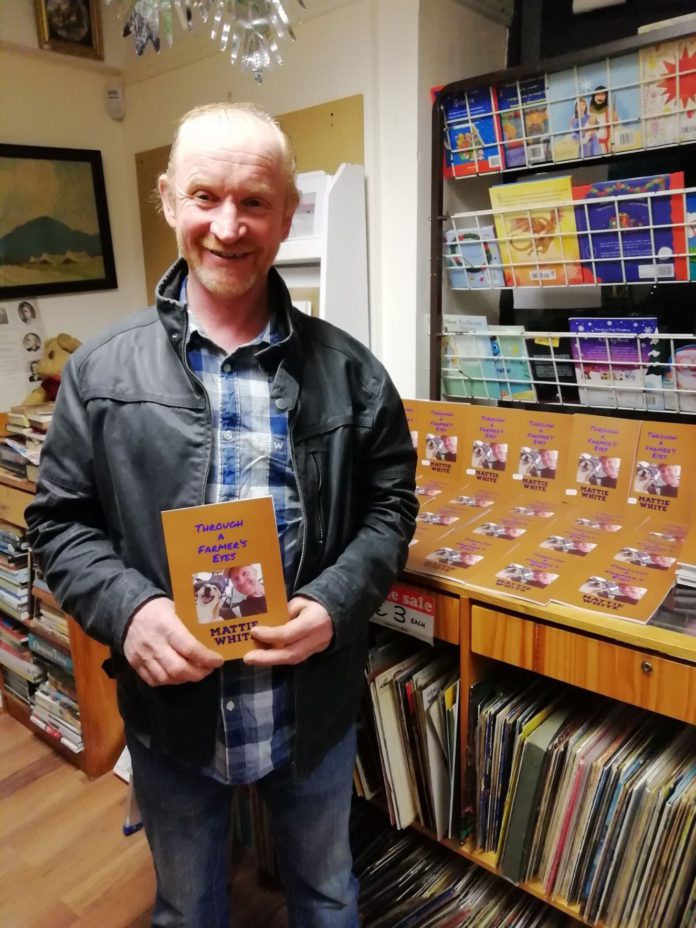 Battling the banks, publishing a book, and life’s second shot

Since then, he has just published Through a Farmer’s Eyes, his first collection of poetry. Mattie is married to Jacqueline, and they have one daughter Aoife (19) who is pursuing a psychiatric nursing degree.

How has your mental health journey inspired you to write Through a Farmer’s Eyes?

Firstly, I was inspired by my family and the loss of a close friend through suicide. My journey began in 2013 and 2014 when I came into difficulty with a €40,000 bank debt.

I have never criticized the banks; it was the handling of the case. We wanted a restructure for five years; they would not capitulate. I understand it was my responsibility to pay it back.

How did the Irish Farming Discussion Group assist you?

I started leaking little fractions of my life and began questioning it. I found out I wasn’t the monster that I believed to be. The majority of the farming community have got your back.

Upon my wife’s return home from work, if a small thing went wrong earlier, it would set me off. One in five people in the world suffers from mental health. If you ask a room of people if they’re on medication or contemplated suicide, people will shy away.

I am not a survivor of suicide; I am someone who has battled and was given a second shot and built a fantastic friends group. I have no shame in saying I consume a mild tablet to take the edge off. Let the world be your classroom; let life be your teacher, and let experience be your degree.

How has your journey inspired you to help others?

I receive a vast number of messages from depressed people and considering suicide. They don’t know who to talk to or express how they were feeling. They felt that they would be judged. Over the last nine months, mental health has not been addressed.

A friend of a nurse told me that in Dublin in December, seventeen suicides happened. In Ireland, on average in 2018 there were between 1 and 1½ suicides each day in 2018.

I contacted RTÉ multiple times for a designated Late Late Show. In the recession, people went through stages of agony. The hardest pill for anyone to swallow is to say I need to sort myself out.

I did a car rally talk in Limerick in September 2019. A person addressed me to say there wasn’t a single person breathing a word, and I had stuck people to their position.

What inspired you to write the book?

I was a shy person; the book has inspired me. I believe it is not my book; it is our book that contains messages of struggling people who have lost family members.

It consists of twenty tree writings. I feel we can relate our stories. To be honest, I was never a person to lie down, and if you wanted something, you had to earn it.

How did the idea of the book come about?

I went to Wally O’Neills, Red Books in Wexford, and I spoke to him about the book, and he said that I do have a great way with words.

I wanted the book funds to go directly to the charity, so we decided on two charities – Wexford Marine Watch and My Lovely Horse Rescue. The animal charity has a family connection. Jacqueline took in three ponies eighteen months ago.

Frank Flanagan from Wexford Marine Watch and I educated together. We were told that we would never amount to anything. Since then, they have intervened in 200 cases in the last eight years. 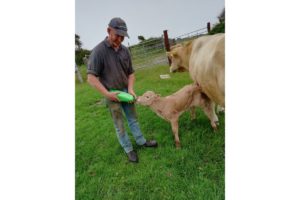 How has the support been so far?

I’m thankful to everyone – the editor, Zeff Ryder, who didn’t charge as he lost a personal friend through suicide, Practical Printers and my family.

Was farming always a family tradition?

My grandfather owned grain merchants and a cattle haulage business in partnership with dad. They would bring cattle up to marts in Dublin. I am passionate about farming and love animals.

My wife comes from Cabra, and she loves the farm. I met Jackie at twenty-seven; before then, she was a city girl. Dad’s home place in Bannow entails many generations, including an agricultural college and residential building to my great grandfather’s time.

What does your farming enterprise consist of?

We farm 35 cows besides some weanlings and stores with Charolais and Limousin stock bulls. On the sheep front, we run 30 Charolais Texel and Suffolk-cross ewes and have a hire work business. The farm is an all-year-round grass system and cattle are sold in the mart.

Silage is a happy time. I work with a local person helping out. We would have a friendship for some time now and converse at social outings too.

- Advertisement -
Previous article
Weather: Snow and ice to lead to ‘treacherous’ conditions
Next article
Beef prices Ireland: Up to €3.40/kg for cull cows