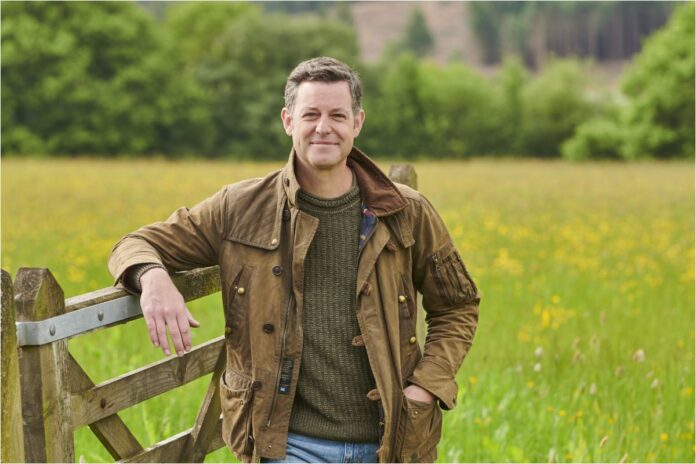 Matt Baker – A Year on the Farm: How the Countryside Made Me

Matt Baker’s debut book, A Year on the Farm: How the Countryside Made Me, is a celebration of the seasons, taking readers from January to December, essentially spring right through to winter on his Hertfordshire farm with his family.

The book will also follow Matt in his bid to save his parent’s organic sheep farm in the rolling Durham Hills.

The enterprise features in the four-part More4 Our Farm on the Dales, which aired on TV.

Starring in Blue Peter, BBC One’s Countryfile and The One Show, Baker writes about his family, his farming life and the power and beauty of the natural world.

Baker is a popular television presenter, and from Blue Peter to Countryfile, to The One Show, he has “charmed a nation”, a spokesperson for the production company said.

Baker grew up in County Durham on a hill farm.

As a teenager, he was a British champion gymnast, and when Blue Peter was looking for a new presenter, Matt put together a striking showreel somersaulting in the farmyard and riding a unicycle.

In his seven years on the show, Matt won two BAFTAs for Best Presenter, two years consecutively and a Royal Television Society Award.

Furthermore, he has also presented Radio 4’s Open Country, Secret Britain, One Man and His Dog, as has starred in a host of musicals and has presented BBC Sport’s Gymnastics coverage for many years.

Moreover, he has raised over 40 million pounds for Children in Need with his Rickshaw Challenge and is also a trustee of the charity.

In recent days, we featured an article on another book, Born to Farm, by 90-year-old David Black.

Black reflects on a lifetime in the agricultural industry in his new autobiography, which carries the theme of lifelong learning.

In the book, he sheds light on notable changes that have taken place in farming over the past nine decades, as he sees through his eyes as one of the participants.

He tells of his memories of the 1930s and of his school days, which evoke a bygone era in the countryside and on the farm.