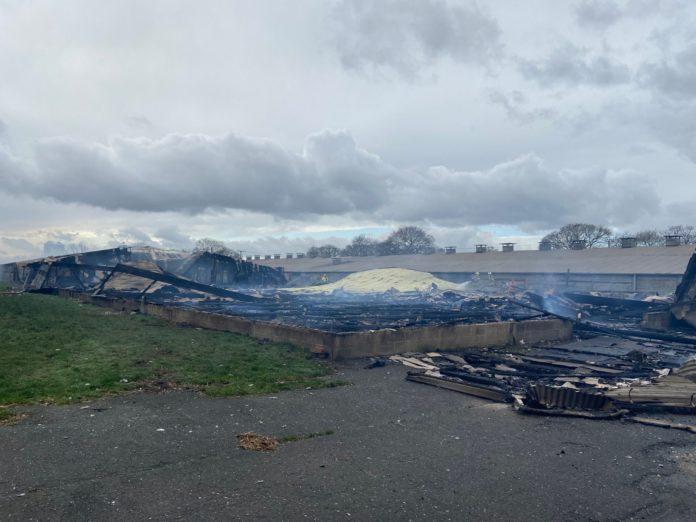 Close to 15,000 ducklings were killed in a fire in Lincolnshire on Saturday, February 29th.

An electrical fault caused a fire to break out in a shed where the ducklings were housed in. Multiple firefighting crews were needed to extinguish the flames at the site.

In a statement, a spokesperson for Lincolnshire Fire and Rescue, said: “There has been severe fire damage to one poultry shed, which is around 200 x 30 metres in size. The fire has been extinguished using three main jets, two hose reels and six breathing apparatus.”

“Caused by an electrical fault. Sadly, just under 15,000 ducklings perished in the fire.”

- Advertisement -
Previous article‘In Ireland, there is nothing illegal about factory feedlots’
Next article78% of farmers depend on marts to sell cattle – survey