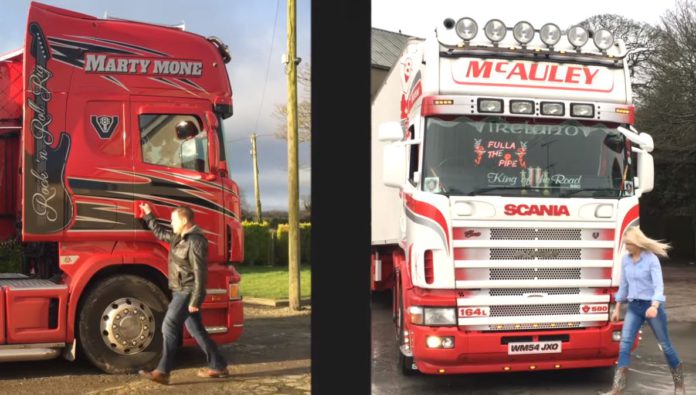 ‘Truck and Roll’ has climbed to number one in the iTunes country charts, following its release earlier this morning (Monday, February 10th).

“The track follows Marty’s life on the road with his truck, depicting the blood, sweat and tears involved in a rigorous touring schedule as he and his team haul loads from venue to venue via boat from Ireland to the UK, Scotland, England, Wales and back, plus touring Australia and New Zealand alongside his fellow Irish, English, American, Australian and Welsh truckers.”

Mone unveiled his first album ‘Hit the Diff’, which he wrote, recorded, mixed, mastered and published himself, in 2015.

- Advertisement -
Previous articleQuiz: What did these sheep make at the mart?
Next articleVIDEO: Shay Ryan