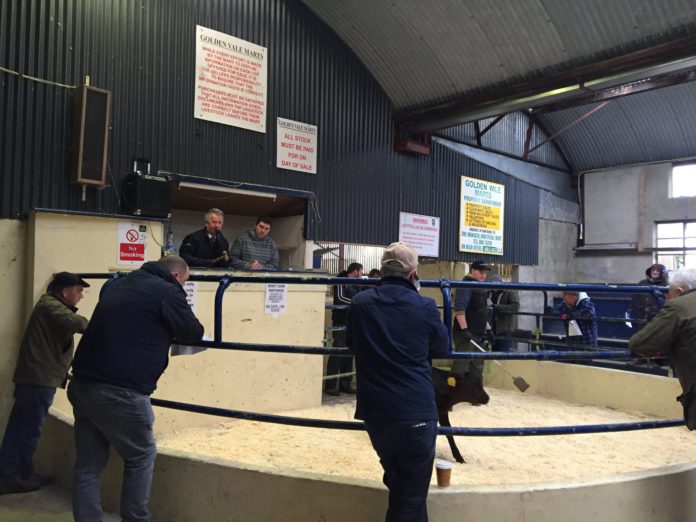 Marts are not permitted to have sellers or buyers on-site and cannot conduct what is viewed as a “normal auction”.

“However, every challenge presents an opportunity and GVM are embracing a new and innovative way to overcome the current challenges by live-streaming their sales on the internet.”

He hopes that virtual livestock sale will open-up a whole new way to conduct business.

“While the mart was no longer in a position to have buyers in the ring, instead it threw open its doors to a vast number of buyers on the world-wide internet.”

“Buyers on the internet could see the animals in the ring, could see all the details on the board as normal and hear the auctioneer.”

“Most importantly, they could bid and bid they did. While some buyers had made appointments to view the stock beforehand, 30% of the stock was purchased by buyers who had not inspected the stock before the sale.”

Kilmallock Mart had a heifer sale on Wednesday and trade was “excellent”, Buckley added. “27% of the animals were purchased by buyers who had not inspected the animals prior to sale.”

All GVM sales in Kilmallock, Tullamore and Carrigallen will be live-streamed and it is hoped that Abbeyfeale will be added to the list shortly.

He said that video stream virtual live auctions should allow marts to better connect with existing customers and attract clients. Buckley believes it would also “make it easier for people to trade through marts”.