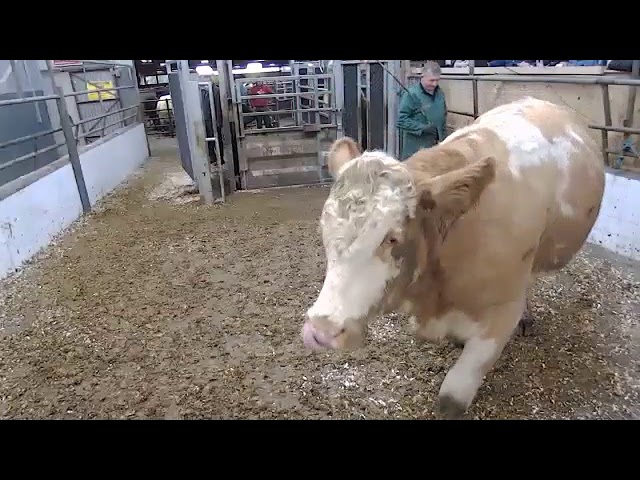 Mart Prices ahead of Factories

ICSA beef chair Edmund Graham has said that mart price for heavy beef cattle is well ahead of factory prices at the moment. “Farmers should look very carefully at what prices are being paid in marts for heavy, finished cattle. Factory agents are actively chasing fat cattle which along with Northern Ireland buyers is leading to much better prices in marts. Selling fat cattle in the marts now is a no-brainer, particularly for cattle that don’t qualify for all bonuses on the grid.”

Mr. Graham said that in many cases, prices at marts were the equivalent of €4/kg and upwards. There are numerous clear examples of farmers being €100-150/ head better off selling in marts. For most of 2020, farmers saw a clear advantage in selling heavy suckler cows in marts rather than the factory. But the advantage of selling in the mart is now covering heifers and steers as well.

“In some scenarios, where all bonuses and benefits from the grid are achieved the mart does not have a significant advantage. However, farmers are frequently surprised at their cattle grading lower than expected and then ending up with a disappointing price. At least in a mart, you can change your mind.”

“The mart price demonstrates that factories could pay a good bit more at the moment. We have seen the differential between Irish and British steer price increase to over 60c/kg in the second half of 2020 and prices are continuing to rise in the UK, on the back of continued strong demand for beef. GB price is now Stg£0.48/kg higher than a year ago and is actually at its highest level since 2014 in sterling terms. Beef supplies for last week are down 2,500 head on this time last year in Britain. All of these factors suggest that the current factory price is well below what it should be, and this reflected in the booming mart trade.”

“I am strongly advising all-beef finishers who are free to trade to sell some stock in marts for comparison purposes. I am quite confident that they will not be disappointed.”