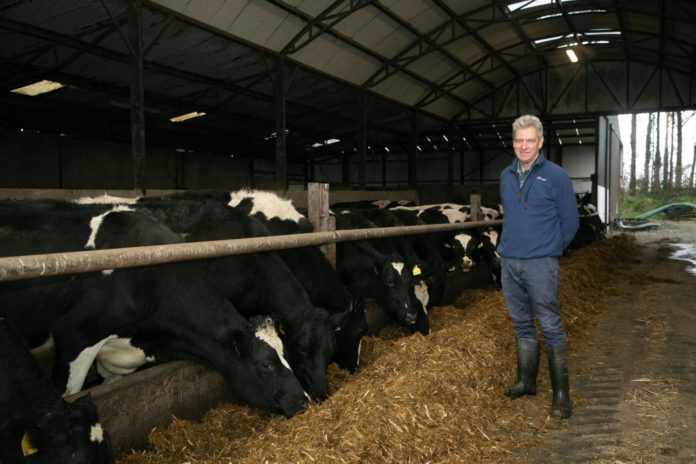 The ICMSA has stated that a base price of 50c/L for March 2022 milk supplies is “needed and justified”.

Its dairy committee chairperson, Noel Murphy, has called on all co-ops and milk purchasers to bring base milk price to this level for last month’s supplies.

He spoke in advance of the imminent March milk price announcements by co-ops.

Murphy said that the price is “fully justified” by market returns, while also being required to deal with surging input costs.

He said that 2022 had so far seen “unprecedented” rises in all commodities, and milk products on wholesale markets were “no different”.

The most recent Dutch Dairy quotes show the industry-standard Butter/SMP mix increased by 2.5c/L in just one week, while WMP “stayed steady” at almost 63c/L using an 8c/L processing cost.

The Butter/SMP combination returned over 65c/L using the same metrics.

Murphy said the “unparalleled” rises have knock-on effects for both dairy farmers in terms of costs of production and the co-ops in terms of processing costs.

Therefore, he said there is “no surprise” that dairy farmers “fully expect” to see “significant” price rises for the milk they supplied last month.

“On average, 60% of direct costs on a dairy farm are attributed to feed and fertiliser. The official statistics from the CSO released recently show that energy costs increased 32%, straight fertiliser is up 170%, and feedstuffs are up 18%.”

“The disturbing part of these statistics is that they are the annual increase from January 2021 to January 2022 with the increases in February and March yet to be included.”

Furthermore, Murphy said the hikes in fertiliser prices alone could add an extra 5c/L to the cost of production.

He pointed out that farmers use fertiliser in the present months, and requests for payments earlier this year than in other years have resulted in additional financial pressures for dairy farmers.

“Farmers cannot be fobbed-off with a token 1c/L increase for March milk. The markets are returning prices well past 50c/L.”

“Farmers are absolutely entitled to see their milk price hit that figure 50c/L for March milk. Co-op boards need to recognise reality and realise that everyone else can see the real situation also”, Murphy concluded.