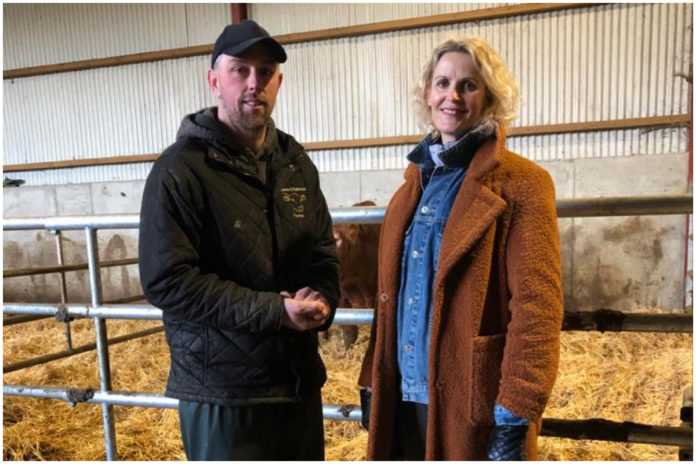 Tonight’s episode of Ear to the Ground features a segment on battling depression, a family running a farm shop and a man who manages a 500-cow suckler herd.

Bill Gleeson is a beef and dairy farmer from North Tipperary. In 2015, after battling depression and suicidal thoughts for a number of years, he made an attempt on his life.

When he woke up a number of hours later, he felt his survival was just another failure on his part. But he embraced his experience and turned his life around and became determined to help as many others as he could.

Ella Mc Sweeney spent the day with Bill on his farm talking about the work he does to help others who are going through what happened to him.

When the Mulhalls began to diversify in the 1980s, a bed & breakfast was the option they chose. But they didn’t stop there. Twenty-five years on and they have a thriving organic farm producing milk, beef, lamb, chicken and selling produce in farmers markets around Dublin.

While many Irish farms are unable to support even one farm family, the Mulhall’s farm at Coolanowle, Co. Laois provides a living for 5 families and employs over 20 people.

Darragh McCullough meets the family and visits the farm shop, their latest venture in Co. Carlow, where locally sourced produce is on offer.

At the age of 13, John Kingham bought his first pedigree Charolais cow and was immediately driven to become a champion breeder, winning awards for his stock in Ireland and the UK.

Taking over a job as a farm manager in late 2017, John made drastic changes by culling the entire herd and starting from scratch. He now manages a 500-cow beef herd worth over 7 figures.

Tune into RTÉ One at 7pm tonight.

- Advertisement -
Previous article
VIDEO: Woman battles to close windblown gates
Next article
Is completing the Green Cert all I need?