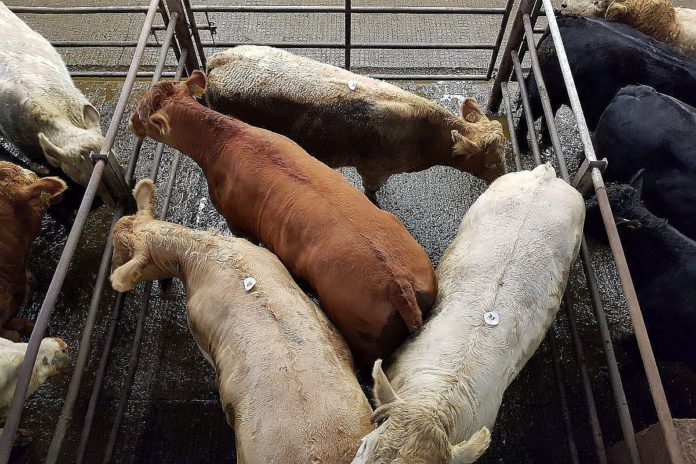 Man arrested for interfering with vehicles at livestock mart

Police have arrested and charged a man for interfering with vehicles at a livestock mart in the UK.

It is understood that this is the second attempted theft at Cutcombe Market (Exmoor Farmers’ Livestock Auctions LTD) this week.

Avon and Somerset Police have urged the public to keep their “eyes open and report suspicion”.

In a post on social media, a spokesperson for AS Police Rural Affairs Unit said: “Male arrested for interfering with motor vehicles at Cutcombe Market and charged to court.”

“Great work by local farmers and police. Lock vehicles, take valuables with you. 2nd vehicle attack this week at a market, eyes open and report suspicion,” the spokesperson concluded.

In other livestock mart-related news, premises will re-open to members of the public in Ireland from May 17th, 2021.

Last week, Minister Charlie McConalogue confirmed that buyers will return to mart rings, whilst adhering to public guidelines from the above date.

The DAFM has written to livestock marts managers ahead of the easing of some restrictions from the aforementioned date.

In the letter, seen by That’s Farming, the DAFM confirmed that “sellers may remain on the premises and use the seller’s box, provided social distancing is maintained”.

Meanwhile, sellers returned to ringsides in livestock marts across Northern Ireland on Monday, May 3rd, 2021, as we reported.

A spokesperson for the Livestock Market Stakeholder Group said: “Auctioneers and mart staff will continue to monitor and make regular announcements to provide advice to those in attendance. For everyone’s safety, it is essential that this advice is followed.”