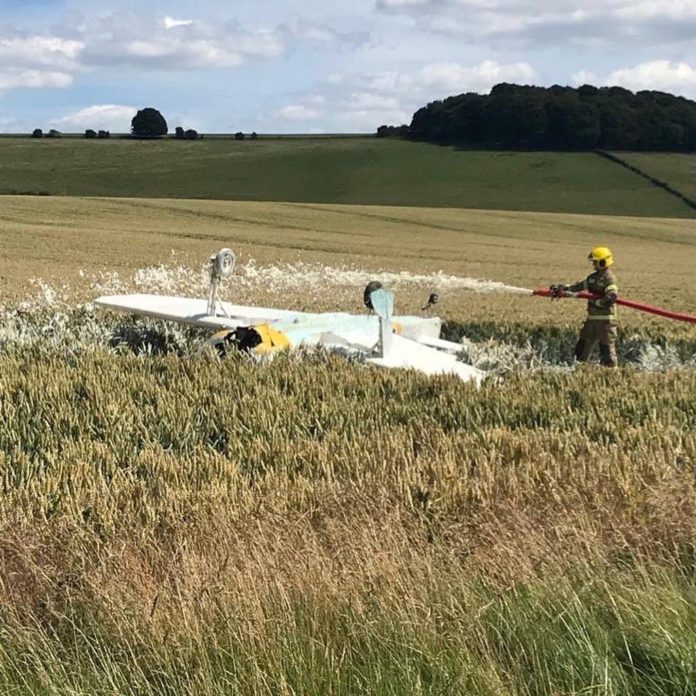 A pilot sustained minor injuries after crashing his light aircraft on farmland in the UK over the course of the weekend.

The incident occurred in a field of wheat on Sunday afternoon (July 12th) near Lower Upham Aerodrome in Wiltshire.

Dorset Wiltshire Fire and Rescue was deployed to the scene. A man is his 70s was cut out of the plane by firefighters.

The plane is said to be a replica of a Focke Wulf FW 190, a model used by the German Luftwaffe during World War Two.

The Air Accidents Investigation Branch confirmed that it will be conducting an investigation.

In a statement on Sunday, a spokesperson said: “This afternoon the AAIB was informed of an accident involving a light aircraft at an airstrip south of Swindon and will be conducting an investigation.”