That's FarmingThat\'s Farming Irelands Largest Farming News, Properties and Classifieds Network
HomeDairyLooking to the future while remembering the past 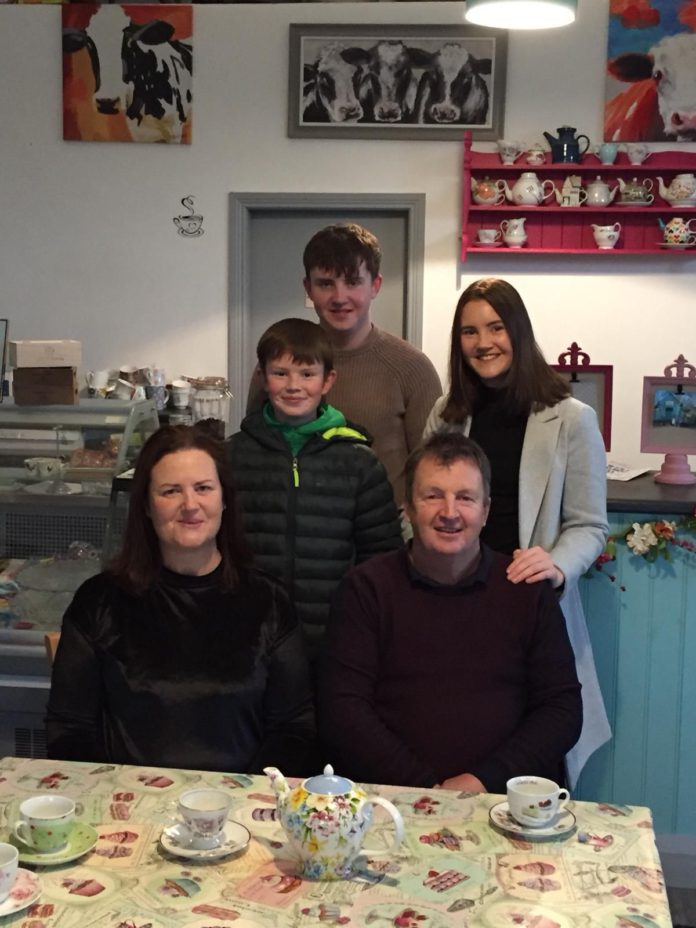 Looking to the future while remembering the past

On a spin from Dingle to Killarney last August, I found myself with a few hours to spare. Outside Milltown, about 10 minutes from Killarney, I spotted new signs for the Kerry Creamery Experience.

Nestled in the shadows of the McGillycuddy Reeks to the south and the Slieve Mish mountain range to the west, I discovered an attraction which I am sure will become a must-see for all visitors to the area in 2021.

With early autumn drizzle falling lightly, I pushed in the door of the new café at the side of the creamery and was met by the twin aromas of fresh baking and coffee brewing. I was treated to a welcome fit for a king by the proprietors.

The creamery experience is the brainchild of Paul and Annette Garland. They bought the old Listry Creamery building from Kerry Group. Since opening in August 2018, they have breathed new life into what was once one of 113 functioning creameries in County Kerry.

The afternoon, which I spent with the Garlands, flew by. I was transported to a part of our past which older generations would remember fondly.

Sifting through old farming photographs gives glimpses of what farming was like in the last century. Strolling by the various churns and pieces of equipment from yesteryear, I was reminded of more simple times when ‘going to the creamery’ might be the highlight of the day.

Annette informed me that: “Listry was opened in 1919 as an auxiliary creamery and like many of the thousands of creameries throughout Ireland, became a huge part of the social fabric of the local community”.

When I asked Paul what prompted their interest in restoring the building, he was effusive in his reply: “So many Irish people have fantastic memories of trips to the creamery during their childhoods and of the banter and camaraderie of the local characters they met there.”

“It was an opportunity for people to catch up with all the local news and goings-on in the locality. For many people, it was their social lifeline as well as their livelihood.”

Annette  interjects: “And it was where you heard of neighbours needing a hand:  Meitheals were organised to help each other out when there was threshing or hay-making to be done and, of course, the favour would be returned.” 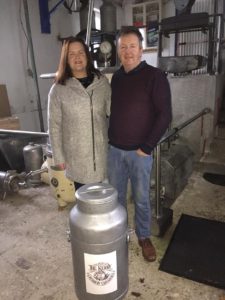 Paul and Annette and their four children, Danielle, Thomas, Grace, and James have created a glorious nod to our past.

In doing so, they have contributed greatly to the future vibrancy of the area. Listry creamery ceased taking in milk from the local farmers in 1993.

The family-run attraction encompasses a tour of the creamery building (30 minutes) demonstrating the ingenious methods used to collect milk before modern technology took over.

Visitors can then enjoy a 15-minute video on the history and workings of creameries in the Audio-Visual room.

Outside, there is a playground for children which includes fun activities and an expanding pet display with lambs, hens, goats, and a donkey.

Visitors can take a leisurely lunch in the delightful café charmingly christened the dairymaid’s tearoom. Having opened late in the summer season of 2018, the attraction gained rave reviews with reference to “a fantastic historical journey and delicious coffees” on Tripadvisor.

2020 has obviously presented challenges for the tourism sector. However, it has in no way diminished the Garlands’ commitment to the project.

In fact, my attempts at getting a photograph of the Garland family together proved challenging so busy were they during my visit – James tending to the animals and Thomas and Grace preparing samples in the kitchen for their 2021 menu.

Eldest daughter Danielle also helps with front of house when her work commitments allow (My lunch was delicious by the way. Any time that the menu needs tweaking in the future I am offering my services as a tester.)

A gem of the past

Photographs taken, I returned to the Café once again as I felt that I had earned another coffee. Pictures on the walls reminded me of childhood summer holidays at my cousins’ farm in west Kerry and the thrill of being taken to the creamery by my uncle.

It seemed to me back then that everyone had time for a chat. Nobody was rushing and there was always the prospect of a treat when my uncle stopped at the shop on the way home to ‘get the messages’.

Later, as I opened the café door to leave, the sun came from behind a cloud and streamed in the front windows. I could hear the gurgling of the Gweestin river, which flows under Listry bridge, just a stone’s throw from the front doorway.

As I started my car, I glanced in the mirror and got a last glimpse of this beautifully restored reminder of farming days of yore.

This was one visitor, whose leisurely autumn drive had led me to a gem of the past. I am determined to explore further on a summer’s day in the future.