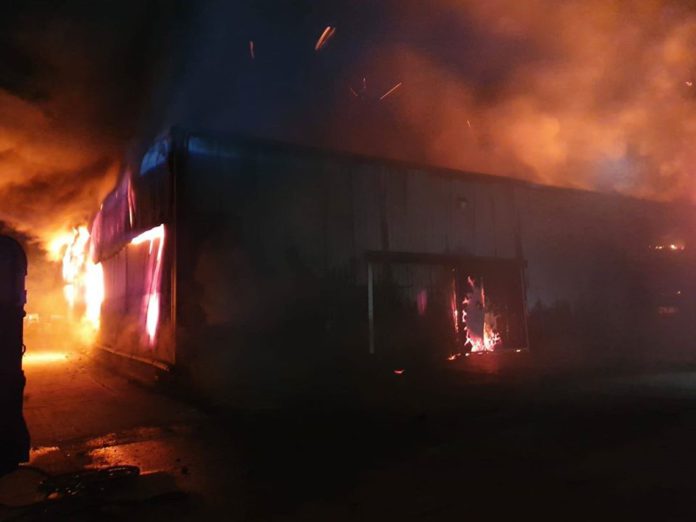 Firefighters are currently at the scene of a large barn fire in the UK.

A total of twelve crews were called to a farm on Old Southend Road, Chelmsford earlier this morning (Saturday, April 11th).

In a statement, a spokesperson for Essex County Fire and Rescue Service, said: “Firefighters have contained the fire to prevent it spreading to adjoining buildings which are home to a number of turkeys. All livestock are safe.”

“Due to the remote location of the incident, a water bowser (a specialist fire vehicle with a large tank of water) was requested so the firefighters could have a good supply of water to extinguish the fire.”

In an update at 12:30am, the spokesperson explained that the incident was scaled down to six fire engines and one aerial ladder platform (ALP).

“Crews are making steady progress extinguishing the fire and protecting the surrounding risks, so the fire does not spread.”

At 8am, the incident was scaled down to two fire engines. Crews remain at the scene to dampen down hotspots.

“An investigation is being carried out to determine the cause of the fire.” the spokesperson concluded.