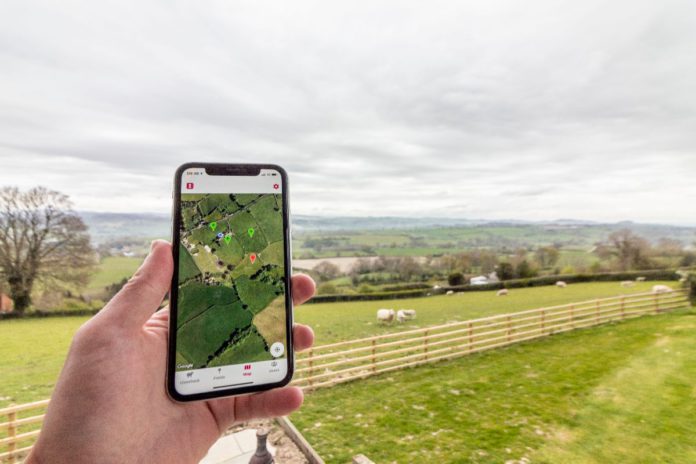 A farmer’s son has created Livestock Count, a free mobile application that enables users to “manage your field inventory numbers on the go”.

The application, which is the brainchild of Richard Glover-Davies, was launched two months ago and already has over 2,000 farmers using it.

Farmers as far away as New Zealand, Australia, South Africa, the USA, and India are utilising the application, which gloversure, a leading mobile app and web design/development company based in Welshpool and Chester, developed.

The idea for the app was born when the managing director and founder’s father was bringing more ewes and lambs to their smallholding every other day during lambing season.

Richard had to phone his father to find out how many were meant to be in each field when checking stock.

How does Livestock Count work?

In a statement, the company said: “The app allows farmers to input the number of each type of livestock in each of their fields as well as making notes.”

“If a farmer updates the numbers, each of the workers on the same farm will receive the updated numbers; the app also works offline.”

“If a farmer and his or her family go on holiday, they can now easily get a friend/neighbour to check their stock as they can give them access to the app and they can walk around the farm.”

The livestock numbers and notes are shown on a map along with the location of where the person currently is.

Richard said: “As a company, we have been fortunate that we have been able to continue working with all the team working from home.”

“During the first lockdown, our app development team had a number of client projects put on hold. Instead of furloughing some of the team, we decided to build some of our own apps and platforms and launch them under our own brand. This is the first of five systems we will be launching over the next few months.”

‘The best ideas are simple ones’

“The feedback has been very positive from farmers, with many saying how user friendly it is. The app is a simple idea, but some of the best ideas are simple ones. It is a handy little tool that will help farmers all over the world.”

- Advertisement -
Previous article
‘Spring lamb back €10 to €12 in line with factory quotes’
Next article
‘Eighteen years later, I am still around the mart ring’