Prices ranged from €1,850 to €4,300 at the first-ever combined Cork and South West Limousin Clubs’ heifer sale at Roscrea Mart over the weekend.

According to a spokesperson for the club, heifers met with a 77% clearance at the sale on Saturday, September 4th, 2021.

They reported that “an exceptional lineup of heifers, many of which were equal in quality to premier sale standard, resulted in nationwide interest”.

“Also, three heifers found new homes in Northern Ireland. The sale was conducted with customers at the ringside and also using the Martbids platform.”

Leading the sale was €4,300 CORCAMORE POPPET, an August-2019 maiden heifer from the Curtin family of Clarina, Co. Limerick.

Poppet’s sire is Mereside Godolphin, and she is the first calf for her dam, Corcamore Libby, a homebred daughter of Castleview Gazelle.

Poppet carries two copies of the F94L gene. After a flurry of bids from the ringside and online, the auctioneer’s hammer fell to a Meath-based purchaser. She is the first pedigree Limousin for the purchasers family as they embark on a new enterprise. 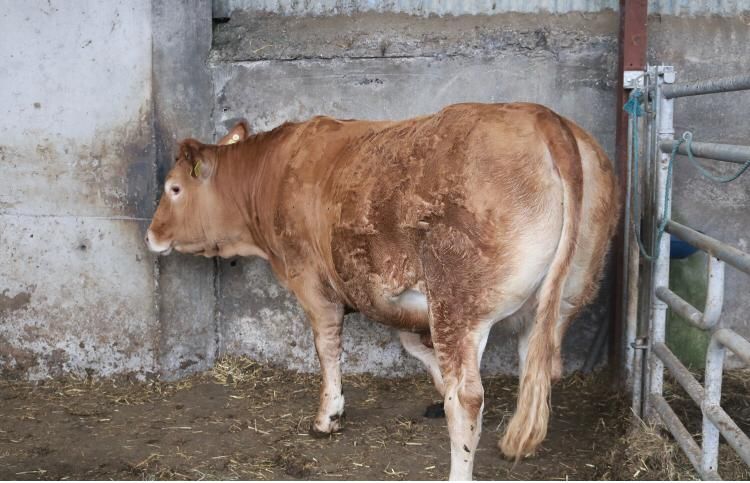 Princes’ dam, Inchintaglin Jayla, is a daughter of Lennon Frosty. Usse is from the Eurogene AI catalogue.

Born in October 2020, she was one of two heifers the established Limerick-based breeder purchased. Ruth is a daughter of Bova AI’s Loyal. Her dam, Roundhill Lunanime 1689, was purchased at the Roundhill and Castleview herd’s biannual heifer sale in 2018.

Lastly, SHANNON ROSANA, one of four heifers from Sarah McElligott, Asdee, Co. Kerry, went under the hammer at €2,600. Rosana is a daughter of Kaprico Eravelle.

Other prices at Limousin heifer sale:

In a statement, a club spokesperson said:

“The South West and Cork clubs would like to thank our very generous sponsors for this our first combined sale.”

Next Saturday, the Begsrieve herd of Dermot Rowe will be dispersed at Carnaross Mart.

A total of 50 pedigree Limousin females will be on offer on Saturday, September 11th, 2021. This sale is the second half of a complete dispersal – half of the herd was dispersed in August 2020.

“This sale offers an opportunity to purchase quality animals from a long-established herd founded in 1984.”

“The emphasis has been on using the best genetics available to breed functionally correct quality animals which are easily fed.”