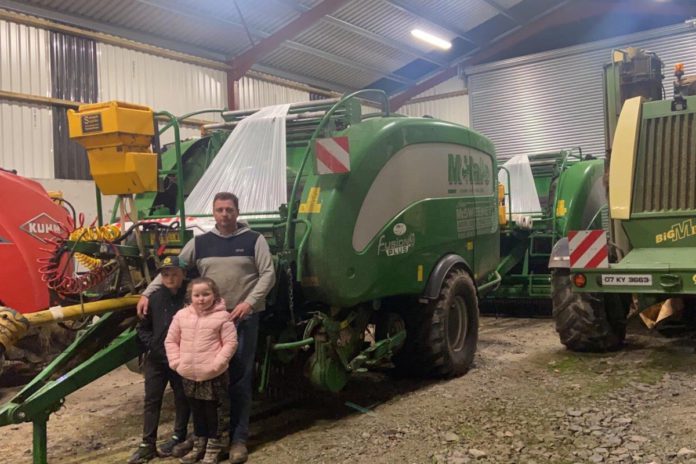 As part of this week’s Ag Contractor of the Week segment, That’s Farming, profiles HGV mechanic and farmer, Alan McSweeney. He discusses taking over his family’s business, financing his first machines, changes in silage, and challenges he faces.

Alan McSweeney from Knockanevin, County Limerick, established his agricultural contracting business over twenty years ago when a neighbouring contractor retired.

Alan’s father, John, and uncle, Mike, saw an opening and set up a baling service as “very few contractors in the area offering it”.

“I started agricultural contracting when I was eighteen with my father and uncle,” Alan McSweeney told That’s Farming.

“I bought a CLAAS baler and wrapper, and my father and uncle had three tractors, so that is how we started.”

Alan took over the business from his father and uncle sixteen years ago. He still works with his father, a farmer, livestock haulier and factory agent for Dawn Meats Charleville. They run a calf-to-beef system that raises over 90 Hereford-cross and Limousin calves.

However, he began his agricultural contracting journey in this own right with a New Holland TM130 tractor, McHale Fusion baler, with funds from his work as a Dairygold HGV mechanic.

“In 2006, I bought another brand-new New Holland TM130 tractor. I then had two New Holland tractors, a John Deere 3060 mower and a few other machines.”

“I have a great customer base. I am on the border of Cork and Limerick. Up to Cork, the silage is very early; you would be that bit later in Limerick, so it suits me down to the ground.”

“Then, setting barley and grass seed, onto silage at the end of April/start of May, and back into full swing again.”

“At the end of the day, you are providing a service for farmers. A lot of them people need that service for their profit and going forward with big herds of cows.”

“Customer retention is important; repeat customers are what you need. The domains of the younger farmer are increasing; they want the service.” 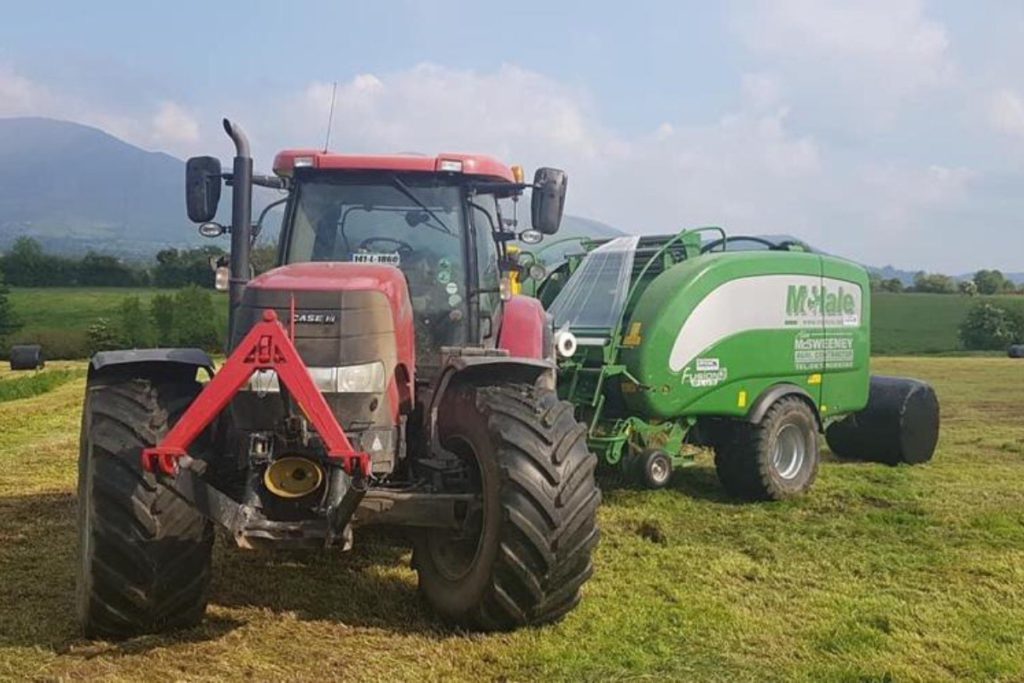 Alan found that some of his clients moved from pit silage to baled silage in recent years. “It built up for us because a lot of people got out of pit, and we have a lot of farmers who are all doing bales.”

“People started doing bales for second-cut silage crops as they did not have a big accumulation for the pit.”

“They could take away 10-20-acres here and there rather than adding 60-70-acres for the pit and all the after grass coming back together, so they started taking out paddocks in between.”

“They started testing silage, and silage was way better quality. Also, they had no waste, so a lot of them converted from pit to bales.”

“We are doing 40,000 bales a year, and we are up from that over 16 years So, we are growing and growing, but my business has stayed static. There are a lot of balers coming into the area in the last few years.”

“The agricultural contractors with silage harvesters are after catching on and buying a baler, but because bales are getting popular; we are still not losing work. Baling is really taking off in the last ten years.” 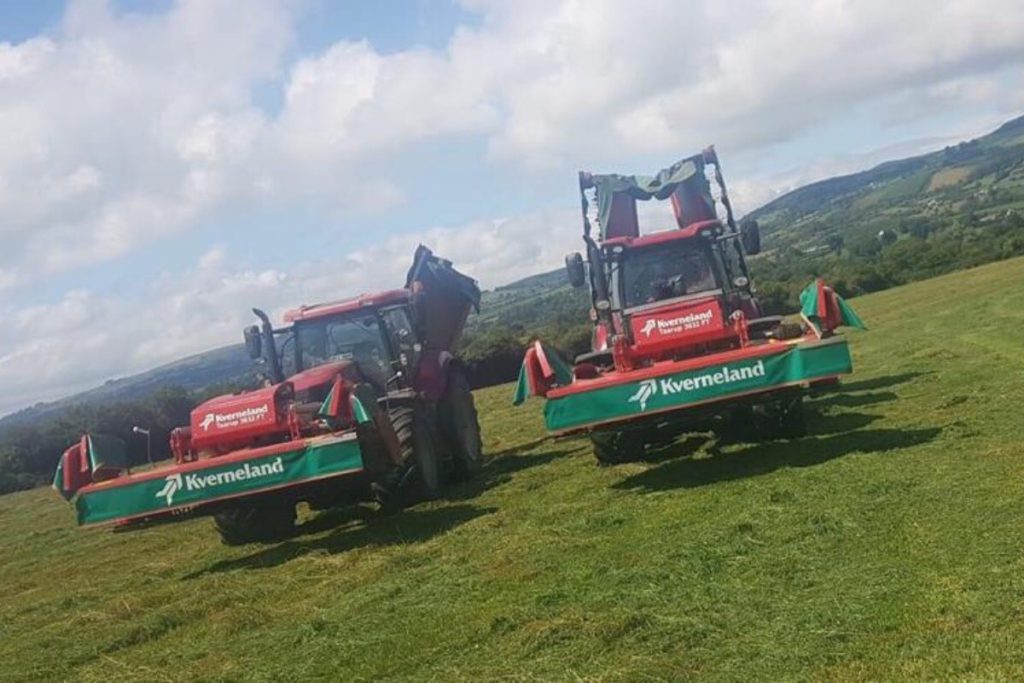 Alan carries out 90% of maintenance on machinery. He assigns Tom Quinlan, Kevin Coffey, and Lynch and McCarthy Limited to carry out maintenance on the relevant machine purchased from them.

“In 2002, when I finished my apprenticeship in Dairygold, I was with Moffett Engineering for ten years, so I service Moffett equipment during the wintertime also as well.”

He believes his maintenance background has “unbelievably helped” and “saved downtime” for him and helped his ag contracting business.

In 1996, he studied this job field in CIT and in Northpoint Business Park in Cork for four years, becoming a qualified HGV mechanic. 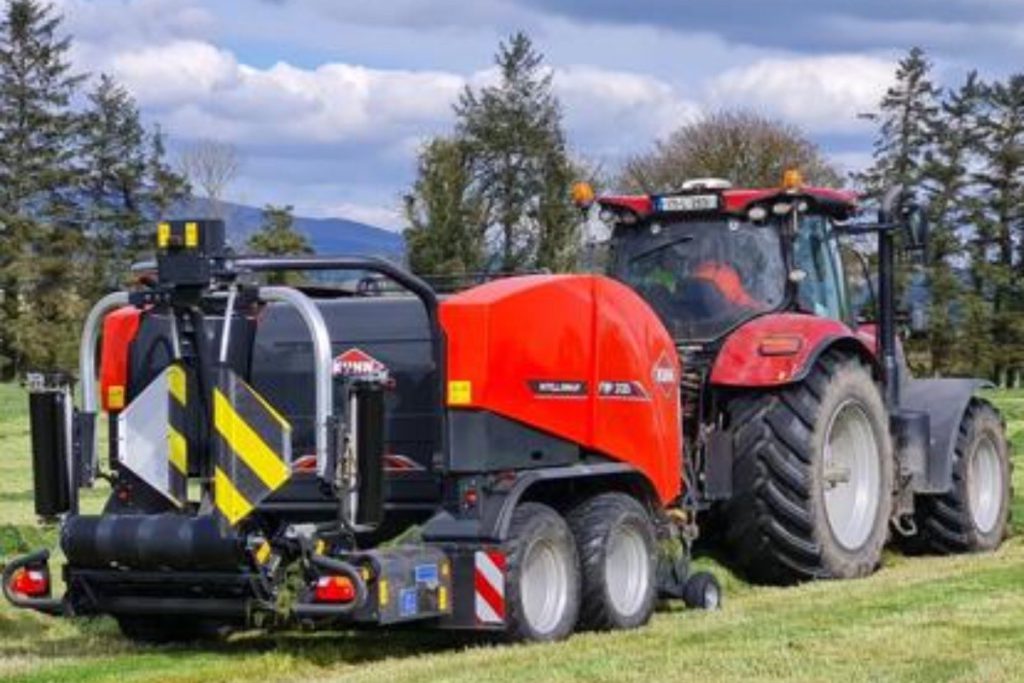 Some of Alan’s biggest challenges in the field are weather forecasts and sourcing labour.”

“That [labour] is what is the quota now that you can only take on a certain amount of it with the shortage of labour and willing of people to work.”

In Alan’s view, slurry spreading dates will also be challenging and put him behind schedule a month.

He explained that he might have to have his “slurry out on September 15th, next year, rather than October, which has been mooted.

“What that is going to mean is there is going to be an awful lot more slurry come January because customers are going to have an extra month of slurry that they will not be spreading.”

“They will be all ready to spread then, and it and slurry tanks will be all full at the same time.”

“So, I would prefer if it was put onto from January to February, let them onto October and let them spread away.”

“You could be spreading slurry today and do no harm, and you could go out January 12th, there could be water flowing down the field and not a hope of spreading it.

“You cannot complete slurry on calendar farming with the changing weather we get.”

“Fuel prices, bale wrap, metal, and timber costs have all gone up. Fertiliser has gone up three-and-a-half times the price it was this time last year.” 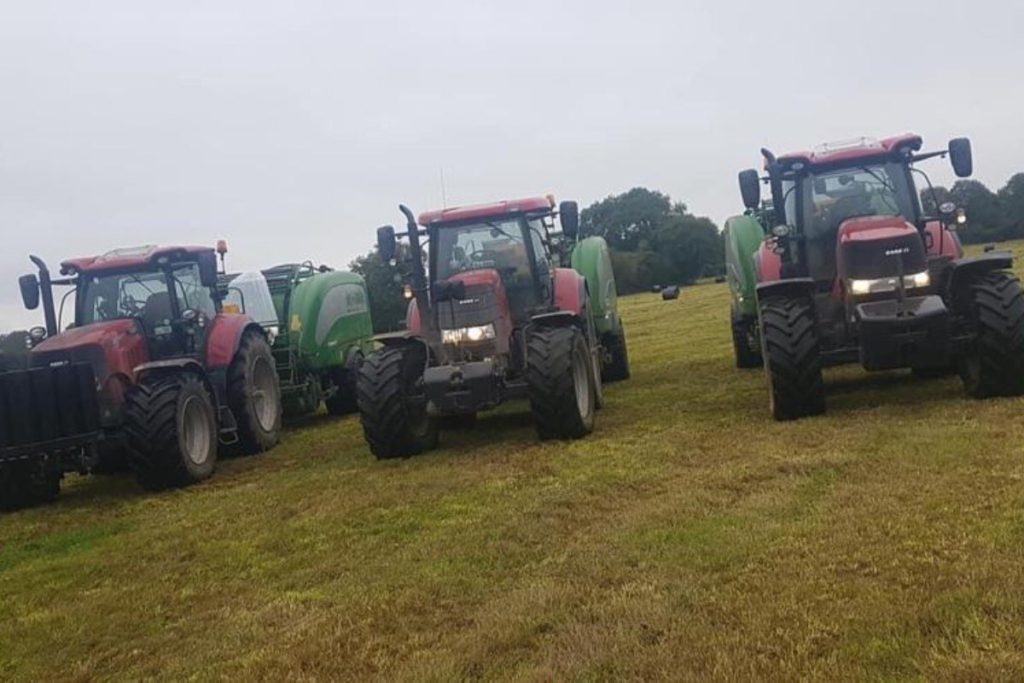 Alan intends to change his tractor and machines yearly and keep building the business.

However, he plans to stay “static” with current operations long-term, with baling being his most profitable service.

“You would be hoping all the small farmers do not get blown out by the bigger farmers because, at the moment, beef is not sustainable at all.”

“Agricultural contracting is a viable business, but it is very hands-on and very hard to organise when you have so much machinery on the road.”

“I actually should not be driving myself given all the organising, maintenance, and problem-solving. However, there is no help there, so I have to drive myself.”

“It is important to tell customers a specific day, date and time you will be in their yard or field and stick to that. Go in providing a good service, and there is no more you can do. Repeat work is what you need,” the Limerick ag contractor concluded.