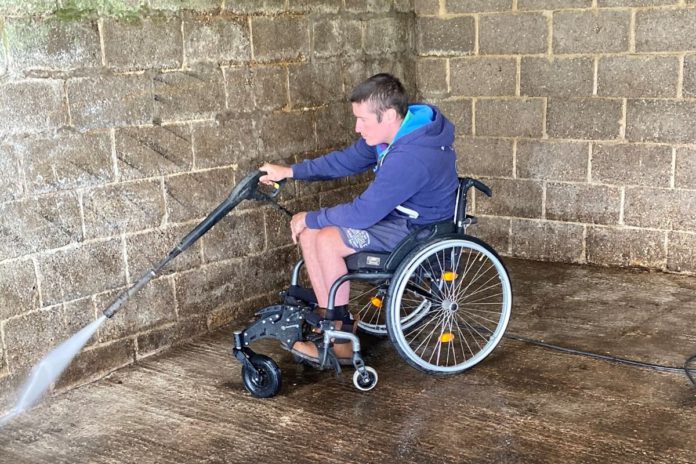 ‘I fell 28 foot, breaking my back at T7 that has left me paralysed from the chest down’

33-year-old farmer, Michael Nixon is “determined to do everything” he did before his life-changing accident two years ago.

The Northampton native is paralysed from his chest down following an accident on a farm in 2019.

Speaking to That’s Farming, he said: “I had my accident at work in 2019 where I was clearing a blocked gutter above a calf shed. I fell 28 foot, breaking my back at T7 that has left me paralysed from the chest down,” the married father-of-one added.

He was released from hospital in March 2020 and has continued rehab at home but was always determined to return to his first love, farming.

“My grandad was a farmer, and my brother; I followed in their footsteps. I have always been passionate about the countryside.”

“At the age of 12, I helped a gamekeeper, but that was not for me, so I decided to go into farming. I have lambed ewes from the age of fifteen and left school at the age of 16.”

He completed an agricultural course at Moulton College and started on a farm as a harvest student. Then, at the age of seventeen, he was offered a full-time job on a mixed farm comprising 3,500-acres of arable and 1,000 Holsteins in Dorset.

“After being at home for five weeks, after being released from hospital, I got very bored so decided to help my mate on his farm. He has 600-acres of arable, 25 beef cattle, two pigs and five goats.”

“My main jobs are feeding the animals, fencing, and tidying around the yard. He also has a farm shop, which I help him with. There is a lot I cannot do but, if I can think of a way to do it, I will have an attachment on the front of my wheelchair.”

“My electric wheelchair helps me around the yard and fields. I was lucky that I did not need any surgery.”

“When I was at Coventry, I spent three months just on my back, letting it heal naturally. I have physio on a Monday, which is for muscle stretching and strengthening, followed by another physio session on Wednesday, which is for neurological.” 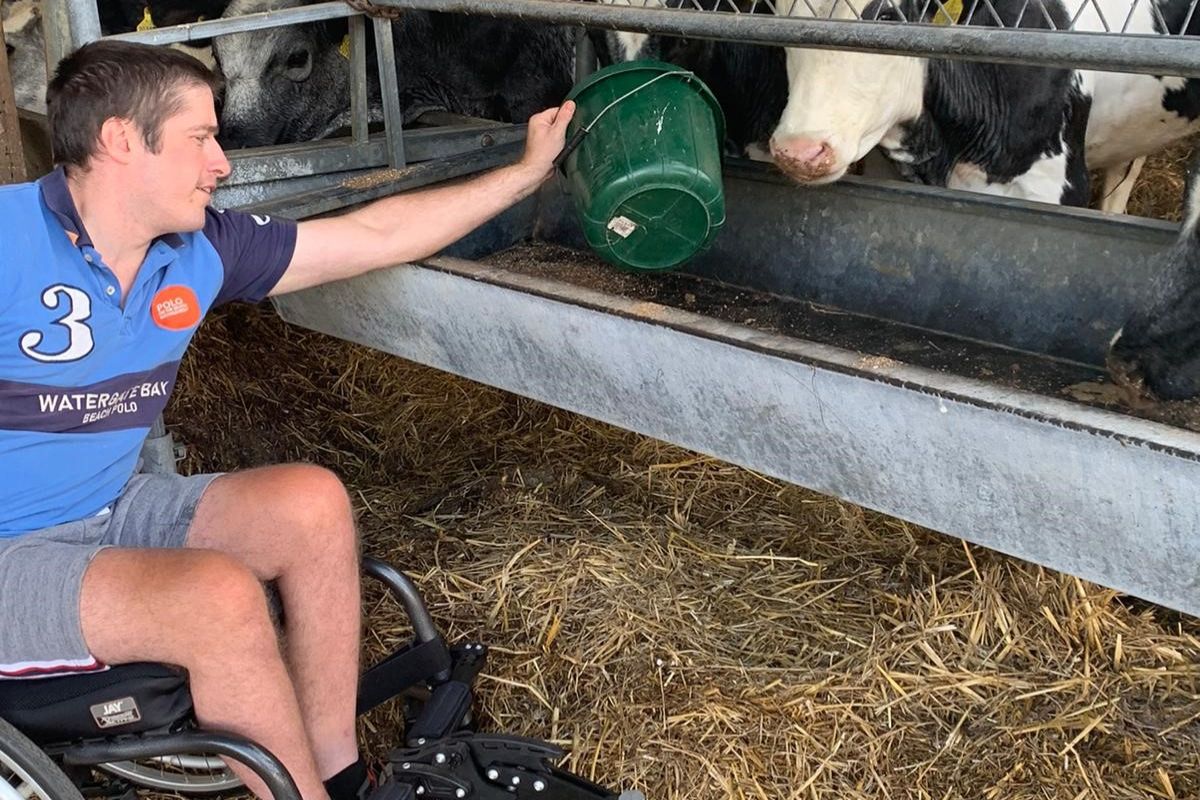 The 33-year-old has been documenting his progress on Instagram to “get my story out there to show people that you can do most things if you put your mind to it”.

“My content is for spinal injury, plus country people and anyone that wants to follow me is great. I receive some positive comments, which is amazing.”

Michael, who posts content under the @mikewheelchairfarming handle, describes himself on the platform as a “wheelchair farmer still trying to do what I love, finding new ways of doing things; hitting a few walls, but working out how to smash through those walls”. 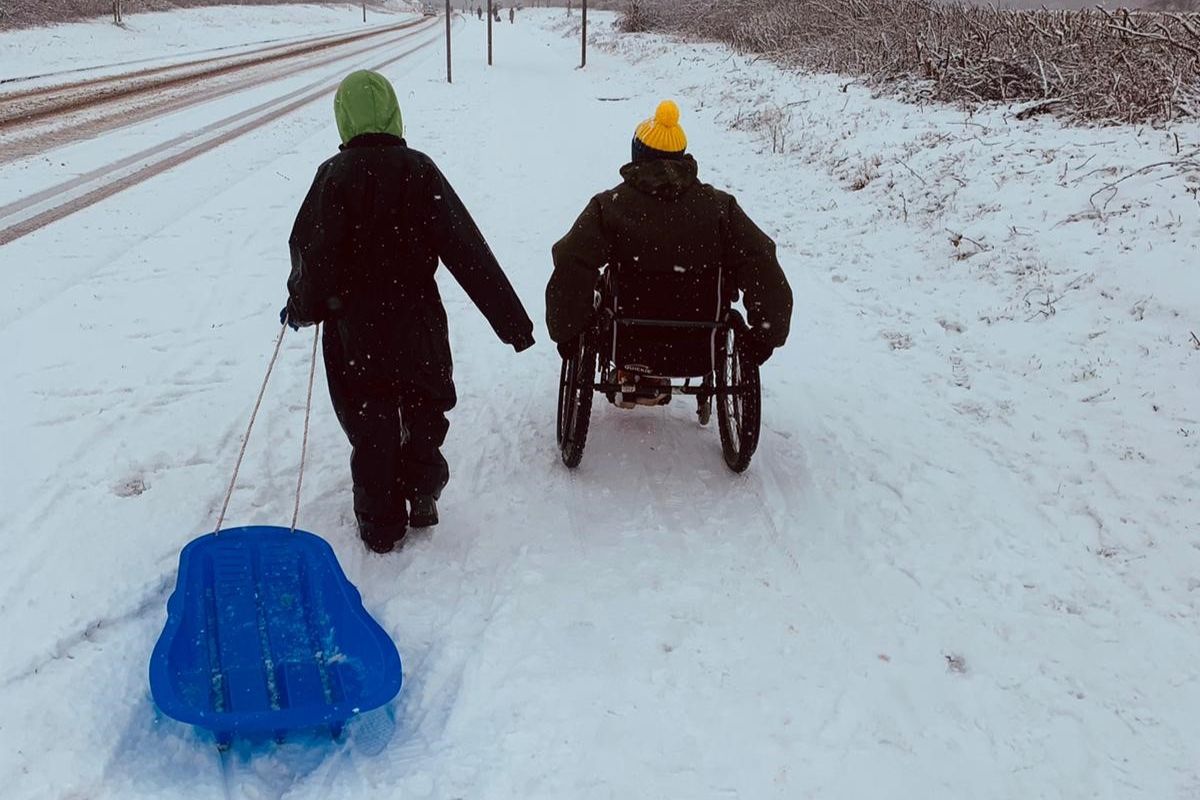 “Admittedly, I try to stay positive as best I can and keep myself busy. My biggest motivation is my family; they keep me sane. I have been with my wife for 17 years; we met at college, got married four years ago and have a 12-year-old son called Jacob.”

“I was lucky that the Covid-19 pandemic did not impact me too much. I was in the middle of the field and my son and wife were off school and work.”

“We were able to spend time together, and it helped us to adapt to being in a wheelchair. I have had bad days, but I had them when I was able-bodied,” Michael concluded.