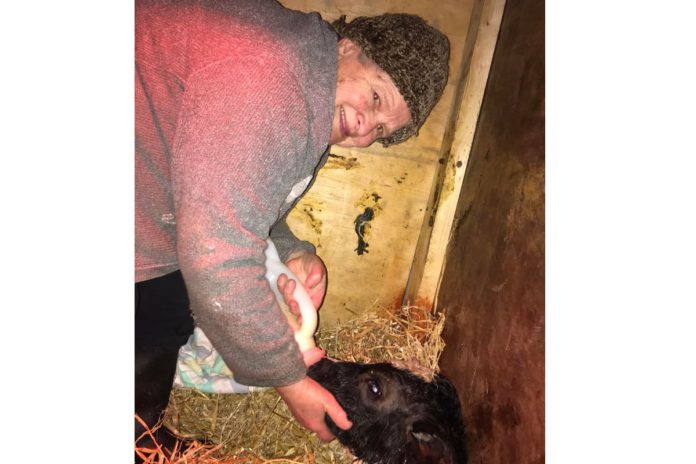 Life as an 80-year-old woman in agriculture

The opportunity to hear about farming life long ago, in contrast to modern-day farming, is golden, writes Joanne Hanifin.

I spoke to my 80-year-old grandmother, Joan Nagle, who outlined some of the changes that have occurred in recent decades.

Nan’s love for farming began when she was a child; she was born and reared on a dairy farm in Listry. “I fed the calves, brought in eggs and picked potatoes – these little jobs didn’t go unnoticed.”

“After picking the stones at Easter, we were taken to the circus in Killarney as a treat,” she explained.

Farming methods were quite basic as there was no running water or electricity. “Cows were milked by hand. Milk was brought to the creamery by the pony and cart.”

The breeds of cattle on the farm were Shorthorns and Friesians. It was a daily adventure walking the fields to collect water from the nearest well.

However, Nan expressed there were other elements to the farm, with ducks, geese, chickens, turkeys, horses and pigs. Pigs were killed, and home-cured, while the bacon was hung from the ceiling. “Piglets were brought to the fair in a rail in the pony’s cart.”

The horses on the farm were essential in both crop preparation and production. They ploughed the land to create drills for potatoes and harrowed fields in preparation for other crops such as turnips, carrots and cabbage. “Horses also helped draw the hay from the fields,” Joan added.

“Everything for the house was home-grown in a little garden.” No pesticides were used back then, and every crop grown was organic. Hens and ducks laid eggs and turkeys hatched goslings.

“My mother and brother killed, plucked and gutted the turkeys, which were then brought to the annual Christmas market in Killarney to be sold.”

Growing up on a farm instilled hard workmanship and vital life skills in Joan.

After working in Hotel Europe for some time, Nan spread her wings and went to Chicago for a period. She worked as a nanny there; however, she returned home where her love for the land continued.

From milking cows by hand to modern-day milk clusters and robotic milking, farming has certainly changed. “I think it is all for the better, it’s more hygienic.”

Nan expressed how the quality of milk produced is certainly superior nowadays. “Back then, the cow’s udders were wiped with an old cloth.”

Nan is also impressed by the increase in farming technology. Before, Nan looked through the shed gate in the spring-time, monitoring the cows that were to calve but now she receives text message notifications from a Moocall calving monitor.

Nan got married and lived on a dairy farm. “Hay was saved, and turf was collected from the bog.”

She lost her husband in her early forties and whilst looking after five children in 1982, she took the reins of the farm alongside my uncle.

Nan said she finds farming satisfying and very relaxing. “It keeps my mind occupied and makes me happy.”

“I look forward to seeing the baby calves born now in the spring-time and I name all of them. Most of all, I love my pedigree Jersey cattle.”

Despite her age, farming keeps her active. Nan is still working out on the farm to this day. She gives the calves their milk and ensures the milking machine equipment is always clean and ready-for-use.

She is certainly glad to see the increase of women in farming. She broke the stereotype of gender roles back then as it was a male-dominated profession.

Females were labelled as ‘women of the house’ and were to only cook, clean and raise children; however, Nan achieved all while keeping the farm afloat.

Nan expressed that she loves seeing young women farming – either by themselves or as a family.

I agree that there has been a positive increase in women working in the sector, both on the land and behind the scenes. The future is certainly looking bright for women in agriculture.