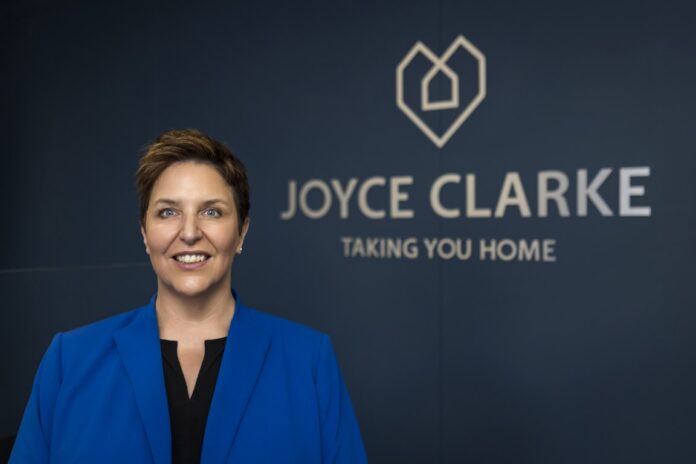 Renowned Portadown estate agent, suckler farmer, cattle judge and livestock commentator, Libby Clarke, from Magheralin, has put her name forward for the Belfast Marathon, all in the name of charity.

The challenge Libby, a former Farmer’s Diary contributor to That’s Farming, has set herself is a testing one as she has just undergone a hip replacement following injuries she sustained several years ago.

Coming from a rural farming background, she understands the crucial need for pre-hospital critical care when the worst happens, hence her support for Air Ambulance NI as part of their agribusiness group.

When the charity was nominated sole beneficiary for the Mash Direct Belfast City Marathon, Libby was “keen to help”, as she explains more:

“For a farmer, ‘marathon’ and ‘Belfast’ are two words that are not used too frequently, but it seemed like the ideal event to push myself out of my comfort zone and raise vital monies for the Air Ambulance NI.”

“The medical team are needed by someone on average twice every single day, and £5,500 is needed daily to keep the service going.”

“It is good to play my part, and I am really encouraging my network to get involved. Already many have signed up, including members of the NI Commercial Cattle Exhibitors’ Club who jumped onboard as soon as details were released.”

“I was attacked on my farm almost nine years ago and knew early on that there would be repercussions down the line due to the severity of the injuries received at that time.”
“However, this just means that I must push myself harder to get training in before the Marathon in April.”

“I am really touched that even at this early stage, friends and family are digging deep for the cause.

You can sign up now for the Mash Direct Belfast City Marathon online and choose to support Air Ambulance NI to help the charity save lives, brains, and limbs.

Kerry Anderson from the charity said: “We are so touched that following hip replacement, Libby is taking on part of the marathon.”

“This year’s event has an 8-mile walk, team relay and the full 26.2 miles, so there is something for everyone and now is a great time to sign up to help New Year focus,” she concluded.

To support Libby – who has previously appeared on Rare Breed – donate via this link.

- Advertisement -
Previous article
Farming ‘remains the sector with highest number of fatalities’
Next article
‘Only 11,500 finished cattle out of over 1.8 million are organic’ – Burke