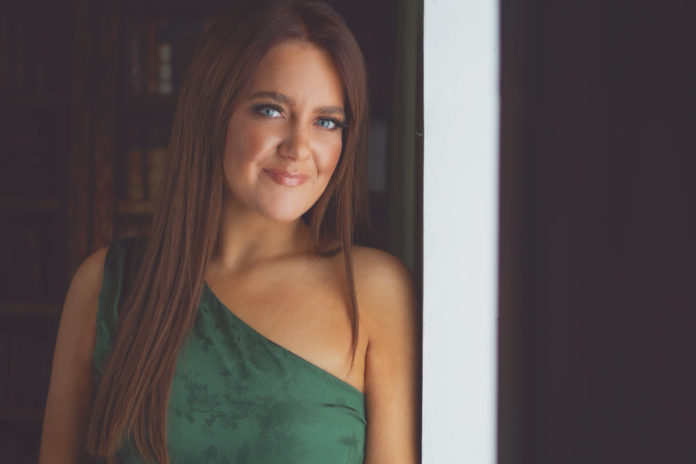 At twenty-five years of age, Clodagh Lawlor is one of Ireland’s youngest award-winning country music stars.

The Newmarket-on-Fergus native may only be at the beginning of her career, but she has already shared the stage with some of the biggest names in the industry, including Nathan Carter.

Speaking to Catherina Cunnane, editor of That’s Farming, she said: “Music has been a huge part of my life from a very young age. As I grew older, I realised I wanted to do this as a profession but it was just a case of finding out how to do so.”

“The Irish country music circle is so small, so it is very difficult to get yourself in there.”

Clodagh shot to fame following her appearance on The Late Late Show last May when she was crowned the winner of its Search for a Country Star competition, however, several milestone memories led up to this game-changing experience.

She initially enrolled in a course in the healthcare sector, but was always drawn back to music, her first love. Clodagh worked for Aer Lingus and continued busking before venturing to LIT (Limerick Institute of Technology) where she attained a degree in Music Technology and Production.

She began performing at weddings, travelled to Nashville, where she teamed up with songwriters, toured the US and Canada with The Young Irelanders and also had her own TV show on Keep it Country before her Late Late Show appearance.

“I was in the audience at RTÉ’s country special the year before with my friend. I turned to him and said: ‘Give me a year, I will be on that stage’ to which he said: ‘Someday, maybe you will get there, but you’re not going to get there in less than a year’.”

“I told him to give me a chance and I would. Where was I the following year then? Sitting down beside Nathan Carter, Ryan Tubridy, and Margo. I remember looking at my seat in the audience and thinking it was surreal.”

“I have learned a lot from Nathan Carter, Robert Mizzell and Johnny Brady – I can’t believe people are so open to help me to improve and progress.”

Clodagh has a desire to portray her sense of individuality throughout her recordings. “I am just being no one else, other than Clodagh. I don’t ever want to aspire to be like anyone either and hope that people like that and my music.”

“I don’t have any management or a PR agent at the moment, so it’s literally just myself.” the 25-year-old admitted.

Despite the Covid-19 pandemic bringing Lawlor’s live entertainment plans to a halt, she is preparing to release her debut album this year and has already unveiled one of the featured tracks, Me and Johnny Cash.

To date, she has had success with hits including My Church and One Day at a Time and now frequently releases cover versions of other songs across her social media platforms.

“I think people are going to see who I really am through this album. I am working with producer, Peter Maher, and you could not get any better than him.”

“I have recorded a mixture of Irish country songs along with tracks that people love from the American side of things, both originals and covers.”

“I want to thank everyone who has helped me so far and the journey begins now. I hope to see followers at festivals and shows very soon.”

“If you put your mind, soul, heart, and everything you have into what you want to do in this life, you will succeed,” Lawlor concluded.

- Advertisement -
Previous article
Fancy a career with the Department of Agriculture?
Next article
How much are contractors in the UK charging?